Last week, Apple released iOS & iPadOS 14.8 to the general public with important security patches for a zero-click exploit that could have resulted in arbitrary code execution.

The exploit, which has allegedly been used in the wild since February, was weaponized by a type of spyware dubbed Pegasus for hacking into Bahraini activists’ iPhones. Of course, it may have been used against others too.

With so much of our personal data being stored on our iPhones and iPads these days, it’s easy to see why some might’ve considered ditching their jailbreaks and upgrading to iOS or iPadOS 14.8 for protection. Fortunately, the jailbreak community often works on patches of its own, which appears to be the case this week. 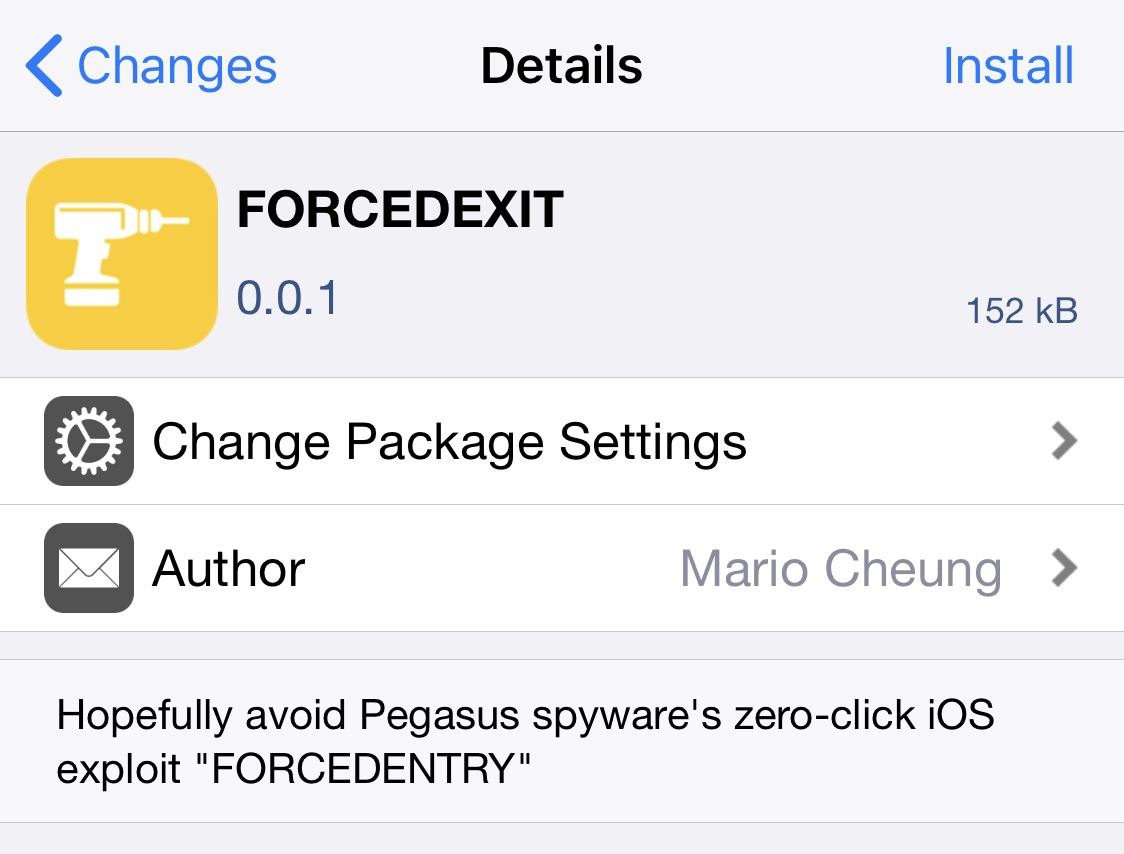 The exploit itself is known as FORCEDENTRY, so the FORCEDEXIT tweak’s name has something of a tongue-in-cheek humor to it.

While we aren’t able to validate whether he tweak actually patches the core issue or not, we can say that the tweak would only offer its intended protection in a jailbroken state, since it operates off of a tweak injection method.

For semi-tethered and semi-untethered jailbreak users, this would be a potential concern if their device reboots into a non-jailbroken state. However with Linus Henze’s looming untether release, a patch like this one could protect users indefinitely, as they’d remain jailbroken even after a hard reboot.

If you’re jailbroken on a firmware prior to iOS or iPadOS 14.8, then you might want to give some serious consideration to downloading and installing Cheung’s patch. FORCEDEXIT is available for free from his personal repository and supports jailbroken iOS 14 devices. It’s also open source on the developer’s GitHub page.

Those who aren’t already using Mario Cheung’s personal repository can add it to their package manager of choice via the following URL:

Do you plan to install Cheung’s patch, or do you enjoy living dangerously? Let us know in the comments section down below.