As capable of an internet communications device as the iPhone is, it seems like Apple doesn’t give users all that many options for Wi-Fi connectivity and network management.

Like most things Apple, the company instead took a user-friendly approach to reduce the number of interactions a user makes with configuration. This makes complicated things more approachable by the masses, but it can be annoying if you’re a power user that demands more capabilities.

One such power user would be iOS developer MidnightChips, who created an add-on for jailbroken iPhones called Harpy Reloaded to grant users more control over their handset’s networking preferences. 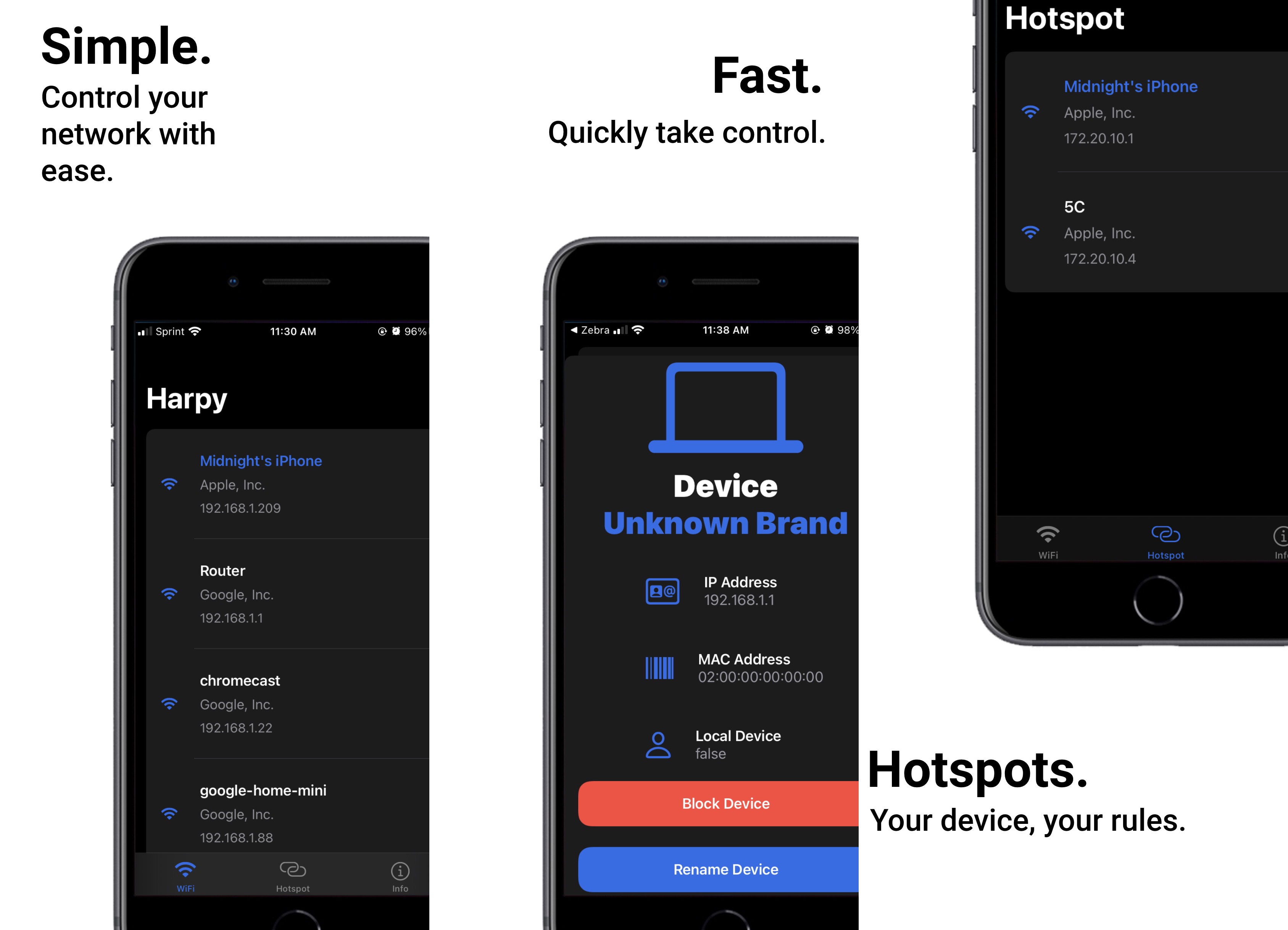 Once installed, Harpy adds a dedicated app to the Home Screen where users can view information about the devices on their current network — be it Wi-Fi or a personal hotspot connection.

Users can tap on individual devices in the local network or personal hotspot lists to view detailed data such as the IP address, the MAC address, the Subnet Mask, and more.

In some cases, the user may even be able to block certain devices from connecting to the internet, which can be handy when you don’t want someone mooching off your local network or personal hotspot.

If Harpy Reloaded sounds familiar, that’s because it is. The original Harpy utility launched back in 2019, but the latest version runs on newer firmware and more jailbreaks than the previous version did at release.

Those interested in giving Harpy Reloaded a try can purchase it for $1.99 from the Chariz repository via their favorite package manager app. The tweak supports jailbroken iOS & iPadOS 13 & 14 devices.

Do you have any plans to rule your local network with an iron fist with Harpy Reloaded? We’re excited to hear your thoughts in the comments section down below.