If you use any of the CoolStar-led jailbreaks, including Chimera for iOS 12, Odyssey for iOS & iPadOS 13, or Taurine for iOS & iPadOS 14, then there’s a good chance that you’re using libhooker for tweak injection, which is the intricate process that lets installed jailbreak tweaks work their magic on your handset’s operating system.

While CoolStar regularly updates libhooker with improvements, CoolStar just this past weekend opted to launch a public beta of a new libhooker build dubbed libhooker v1.6.9 beta 1 to allow voluntary testers to try the latest features before they roll out to the general public by way of an official update.

CoolStar announced the libhooker v1.6.9 beta 1 build via the Sileo / Taurine / Odyssey Discord channel, and from what we can gather, it incorporates some rather interesting changes when compared with the stable v1.6.3 build: 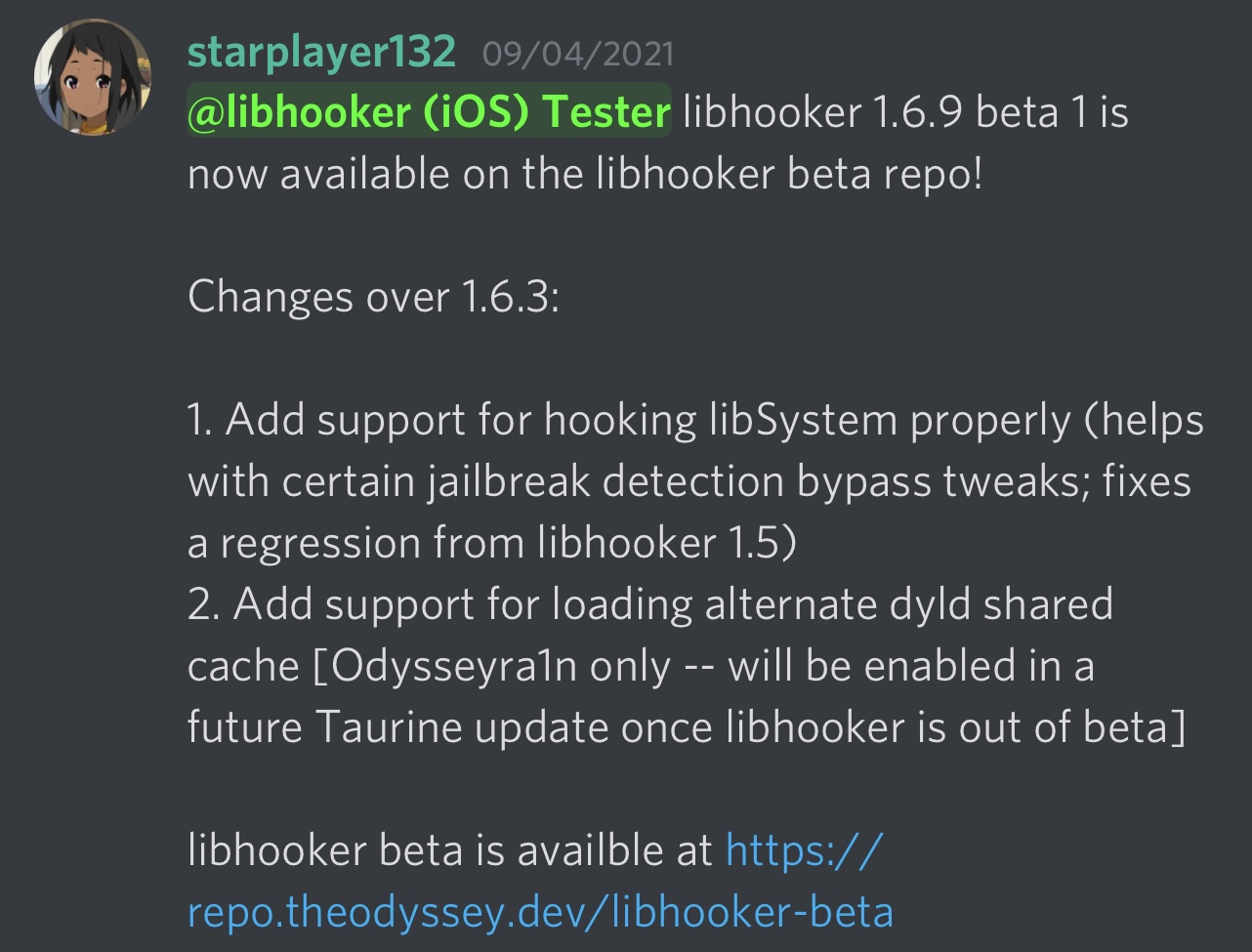 – Add support for hooking libSystem properly (helps with certain jailbreak detection bypass tweaks; fixes a regression from libhooker v1.5)
– Add support for loading alternate dyld shared cache (Odysseyra1n only, but will be enabled in a future Taurine update once this particular iteration of libhooker is out of beta)

As you might come to expect, the new beta build of libhooker isn’t available from the same repository as the official stable build. CoolStar has instead created a separate repository where those interested in trying the new libhooker beta build can get it from. That repository, which can be added to Sileo, is as follows:

Do you have any plans to try the latest libhooker beta, or are you going to stay on the stable build until the new version comes out of beta? Let us know in the comments section down below.