While Siri still has some room to grow, especially in relation to its primary competitors, it’s still one of the most-used services under the Apple umbrella. But the company needs to constantly be pushing the needle forward. And, to help with that, it has launched a new app.

As first reported today by TechCrunch (based on data from Sensor Tower), Apple has launched a brand new app called “Siri Speech Study.” However, while it’s available on iOS right now, it’s based on an invite-only system. The goal is to provide feedback on the Siri digital assistant, while aiming to improve the overall experience.

Apple actually launched the app on August 9. It recently picked up an update on August 18, so earlier this week. That update adds the ability for users to voluntary share their interactions with Siri. Apple will then use that data to improve the system moving forward. Of course, the company’s not going out of its way to showcase what those improvements will look like right now, but surely we’ll see the changes down the road. 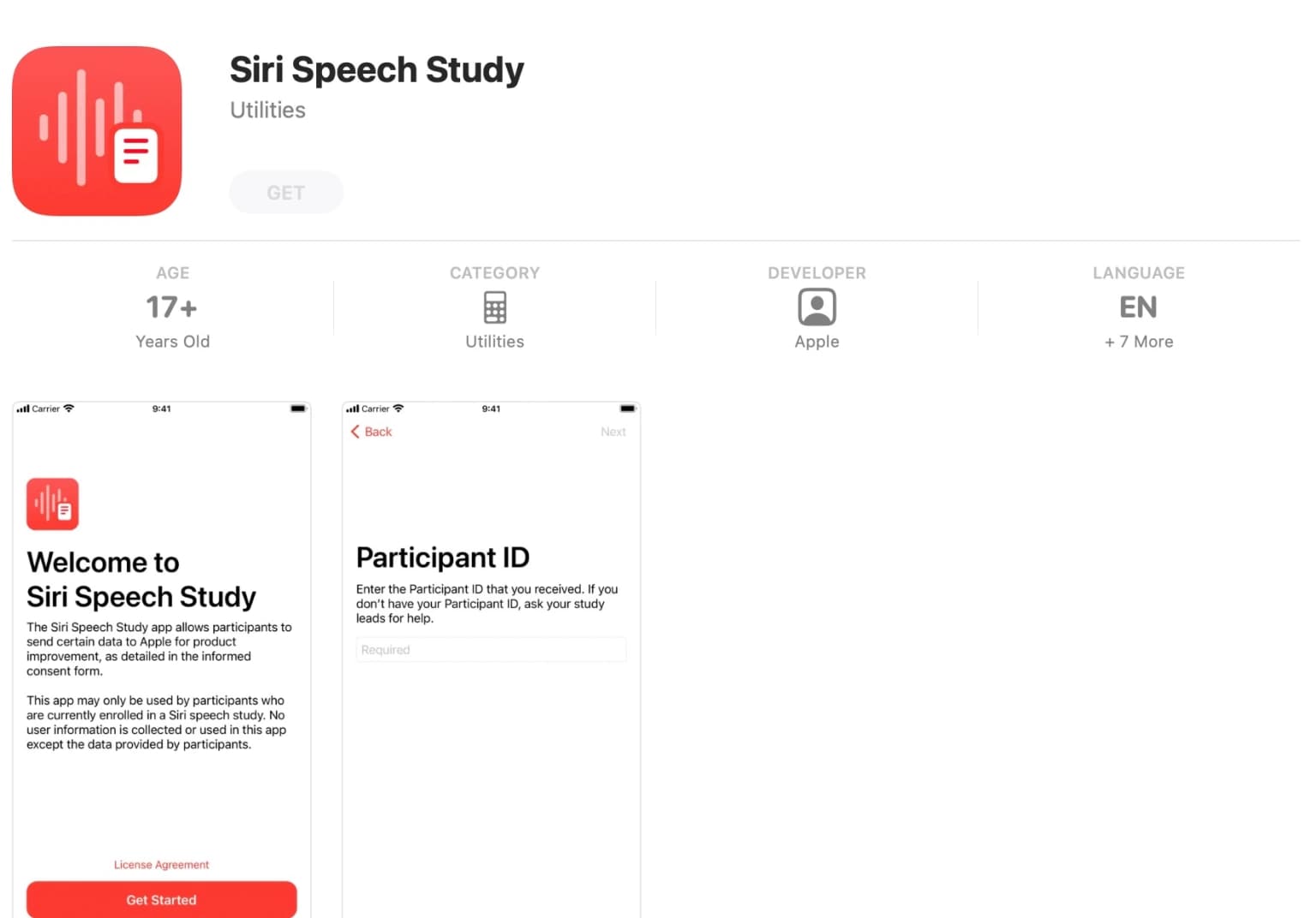 According to the original report, Apple’s new Siri-improving app is available in Canada, France, India, Ireland, Italy, Japan, Mexico, Taiwan, New Zealand, Hong Kong, and in the United States. However, the app is not publicly listed within the App Store, in any of the countries.

Here’s the direct link to the app, though.

The Siri Speech Study app itself offers little information about the study’s specific goals, nor does it explain how someone could become a participant. Instead, it only provides a link to a fairly standard license agreement and a screen where a participant would enter their ID number to get started.

Reached for comment, Apple told TechCrunch the app is only being used for Siri product improvements, by offering a way for participants to share feedback directly with Apple. The company also explained people have to be invited to the study — there’s not a way for consumers to sign up to join.

While this doesn’t necessarily indicate Apple is more focused on improving Siri, it does show taking a different route, at least. On a smaller scale. We’ll have to wait and see how this all evolves into actual changes for the end user.