Google bills Stadia, its cloud-based gaming platform, as the “one place for all the ways we play.” While that’s true thanks to the fact that Stadia can be accessed across a range of devices, it turns out that Google’s dreams for video games were much, much bigger just last year. So big, in fact, one could call it planned global domination.

The Verge has the report today, detailing documentation that was revealed as part of the discovery process in the Apple v. Epic Games trial. In October 2020, a confidential document outlined Google’s vision in 70 pages. Google called it the “Games Future,” in which, over the course of five years, the company would become “the world’s largest games platform.”

The goal? Games access anywhere, no matter what device they were using. And that included Macs! Google’s vision included giving developers the ability to develop games for a single Google-owned platform. Those games would be available on Mac, Windows, and Android. Interestingly, though, iOS doesn’t appear to be specifically named? So not so universal after all. Though, to be fair, Stadia is available on iOS devices via Safari. 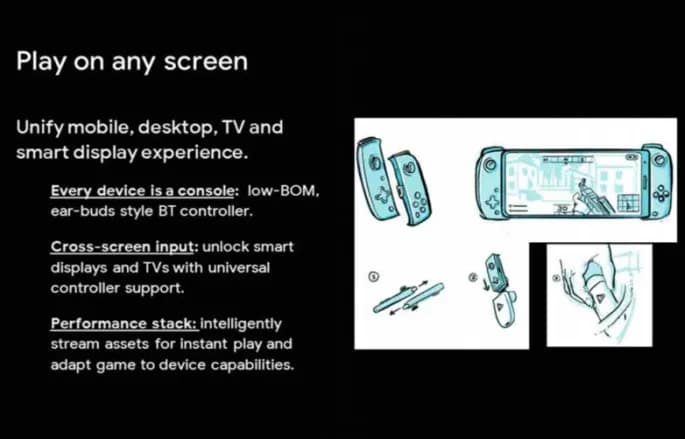 Google’s vision would also offer up a “low-cost universal portable controller,” which would make it possible to use the same controller across devices. That would even include a TV.

Those lofty goals include making the Play Games brand a much bigger deal, basically the face for all of this as a public branding effort. Google envisioned making this game platform an “indie game destination,” and would also bring somewhere around 100 of “the best of Android mobile games” to PCs. It would also mandate a minimum price point, so that it could “attract super premium games.” And one slide even said the service would “quality-gate” games.

Google axed its own game studio meant to develop original titles for Stadia earlier this year. So, as it stands right now, it appears that most of Google’s gaming goals have been tamed quite a bit. Whether or not that remains the case, and these slides are an indication of Google swinging for the fences down the road, remains to be seen.

You can check out all of the slides in Google’s vision in the original report.