Earlier this year, we learned about a new anthology series making the leap over to Apple TV+ at some point in the future. It’s called Roar and it’s a female-led series from Liz Flahive and Carly Mensch, the pair behind the popular Netflix series GLOW. And today we’ve got news about the cast filling out.

According to a report today from Deadline, four new members have joined the cast lineup for the upcoming anthology series. Betty Gilpin (GLOW), Meera Syal (Yesterday), Kara Hayward (Moonrise Kingdom), and Fivel Stewart (Atypical) have enlisted with the project. This is yet another tale of reuniting creative talent, with Gilpin working with the creators of GLOW again, but also working with Alison Brie, who was also the lead in that Netflix series and who is leading the charge on Apple TV+’s Roar, too.

The original story on the matter from back in March confirmed that Nicole Kidman (Eyes Wide Shut) would also be starring in the anthology series, along with Cynthia Erivo (Widows, The Outsider) and Merritt Wever (Unbelievable). Kidman will also be producing the series. 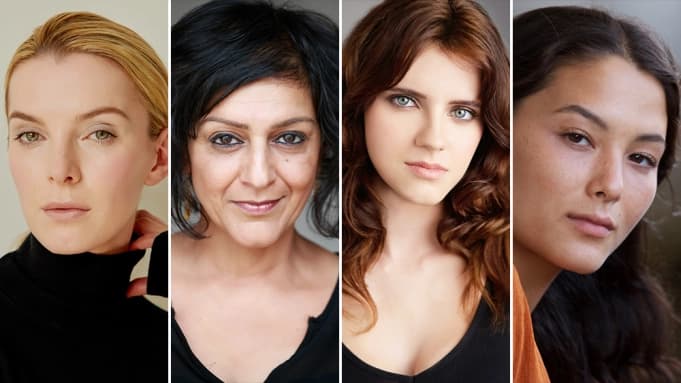 Here’s who the newest cast members will be playing:

Gilpin will play Amelia, a woman so strikingly beautiful her husband builds her a shelf to sit upon in their home.

Syal will play Anu, a woman stuck in a lackluster marriage who decides to shake up her life and return her husband to the very store she first purchased him from.

Stewart will play Jane, an angsty teenage girl who loves horses and doesn’t love much of anything else these days; she embarks on a revenge journey when her father is unjustly murdered.

Hayward will play Millie, the preacher’s daughter and Jane’s childhood friend; the last person you’d want to bring on a revenge journey with you.

There will be eight episodes within the first season, each of which will be a half hour in length and feature a unique female perspective. Based on the brief story bits we have from the character descriptions above, some of these stories will be pretty dark in origin. But we’ll have to wait a bit longer before we get a trailer.

No release date just yet, either. But the cast is great, so this one certainly sounds interesting.