Ahead of a new school year starting, Apple is expanding support for mobile student IDs on the iPhone and Apple Watch. The feature has been available for a while, but there are still some schools that don’t support it. But the bigger news is that availability for the feature is expanding into an entirely new market this year, too.

Today, Apple announced that support for mobile student IDs on iPhone and Apple Watch is now live in Canada. This marks the first time that students in the region will be able to store their official student ID right on their smartphone and/or smartwatch. Apple says with the expanded support, which also brings the feature to new universities in the United States, tens of thousands of students will be able to take advantage of the feature.

According to Apple’s announcement, students in Canada attending the University of New Brunswick or Sheridan College can store their mobile student ID on the Apple Watch and iPhone. Apple says that’s just the start, so the company’s hinting at additional support coming later, but won’t go into any detail at the moment. 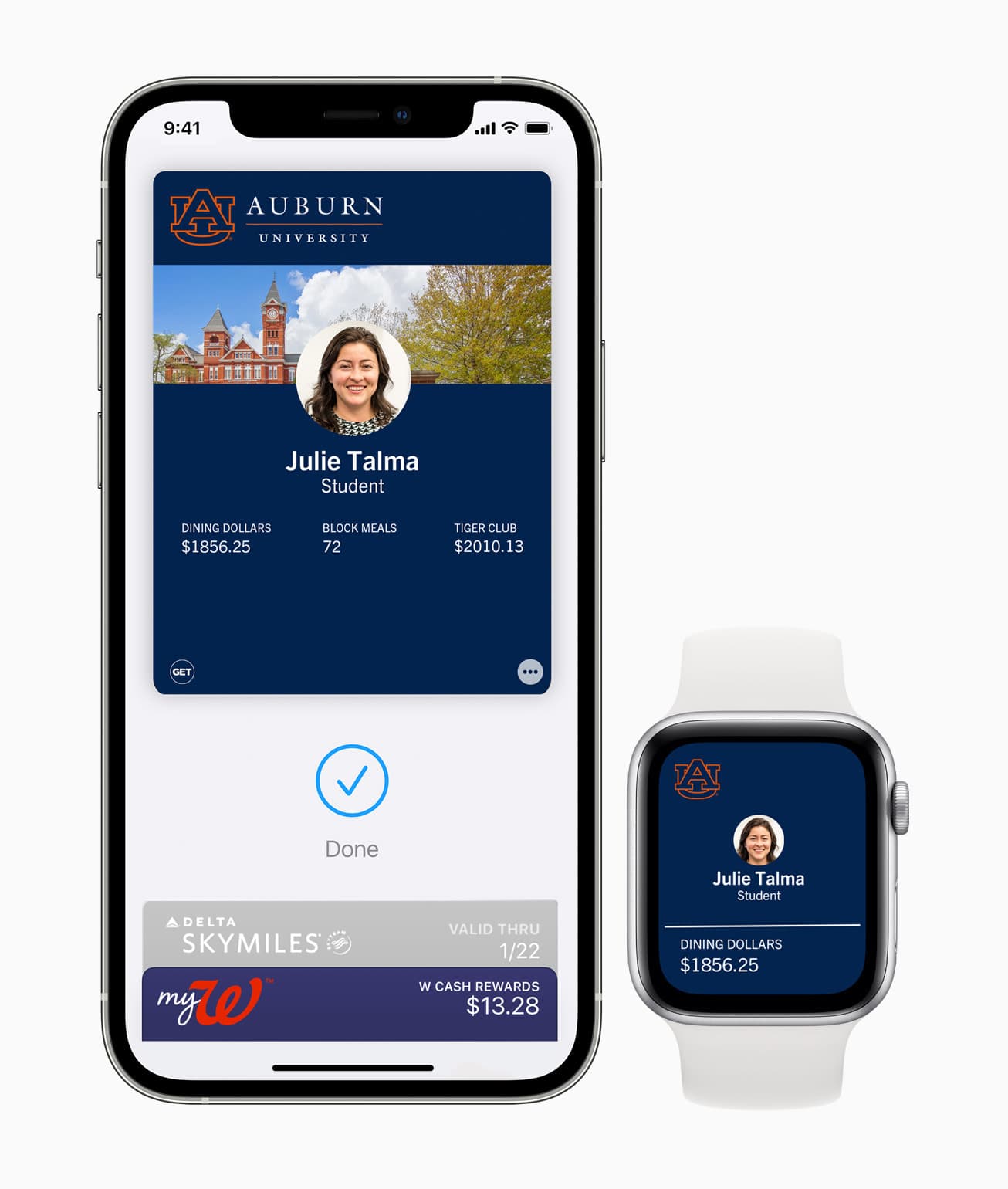 As for the new school support in the United States, there are a few. This year, students at Northern Arizona University, Auburn University, New Mexico State University, University of Maine, and “many more colleges across the country.”

We’re excited to work with more schools in the US and introduce mobile student IDs in Canada to provide a secure and convenient way to get around campus with iPhone and Apple Watch,’ said Jennifer Bailey, Apple’s vice president of Apple Pay. ‘Students and faculty have embraced using their iPhone and Apple Watch as the best way to access buildings, purchase meals, and more.

Apple’s announcement today says that in April of this year, students used their digital IDs more than their physical, plastic cards. That includes making purchases and other activities. And many schools are moving away from the plastic cards altogether. The University of Alabama, for example, is relying exclusively on mobile student IDs for all of its 38,000 students. As long as they have an eligible device, that is.

With a mobile ID, students will be able to make purchases, including meals, enter their dorm, and much more.