Today is not the day that Google is launching a brand new smartphone. It is the day the company is revealing it, though. Weeks, and perhaps even a couple of months, before Google makes its newest smartphone pair available to buy, we’re getting a first look at what we can expect from the newest Android-based flagship.

As is par for the course, Google’s Pixel phone is meant to be a benchmark of sorts, especially as far as the software is concerned. While the upcoming version of Android is being beta tested right now, with a public launch slated for this fall, the newest Pixel-branded smartphone(s) should be one of the first to actually have the software on board. Which means Google gets to show it off on brand new hardware, too.

But this year is a bit different, insofar that Google has decided to show off its two newest smartphones –the Pixel 6 and the Pixel 6 Pro– a little bit ahead of time. The new phones aren’t expected to launch until sometime this fall. Google hasn’t even provided an exact launch date yet. But, before that, we get a glimpse at the new hardware and design, plus, thanks to hands-on previews from The Verge, details regarding the specs and features.

First and foremost, the design is certainly eye catching. There is a rail on the back of the phone which is meant to house the multiple rear camera systems. There’s Google’s distinctive logo right there in the center, and some relatively interesting color choices, too. According to Dieter Bohn, this is Google’s real attempt at going after the other flagship smartphones out there. In fact, the report calls it Google’s “take on the ‘ultra high end’ phone.”

To that end, there are two versions:

No specific details were revealed in today’s announcement. Meaning, we don’t know when, exactly, the new phones will launch. And we don’t know how much they will cost, either. However, the original report cites Google’s hardware chief Rick Osterloh as saying this is indeed a premium smartphone, and the price tag will reflect that.

So, probably starting around $1,000 and going up from there.

One of the highlights of the new Pixel smartphones is the system on a chip, or SoC. This isn’t exactly like Apple’s M1 processor, as Google is utilizing a mix of components from other companies to reach the final goal. Google isn’t actually saying which other companies are handling the CPU and GPU, for instance.

It’s definitely very different than just another co-processor,’ Osterloh says. ‘Like with any SoC, we license a lot of technology into it, but this is our design and it was designed specifically with the purpose of driving our ML and AI forward.’ Google’s argument is that the new chips in Tensor are an essential part of many of the things the new Pixel phones can do — not unlike Apple’s Neural Core in its A-Series processors.

Tensor will be handling AI and Machine Learning (ML) on the Pixel 6 and Pixel 6 Pro, though. So it will be doing much of the heavy lifting on the smartphone lineup.

This was essentially a preview event, and you can watch Bohn talk about it in the video above. Google wouldn’t let anyone at the event take photos or videos of the phones in action, and their time using the phones was limited. They get to see it in action, as well as the cameras, but it was all very brief and not a review by any means. 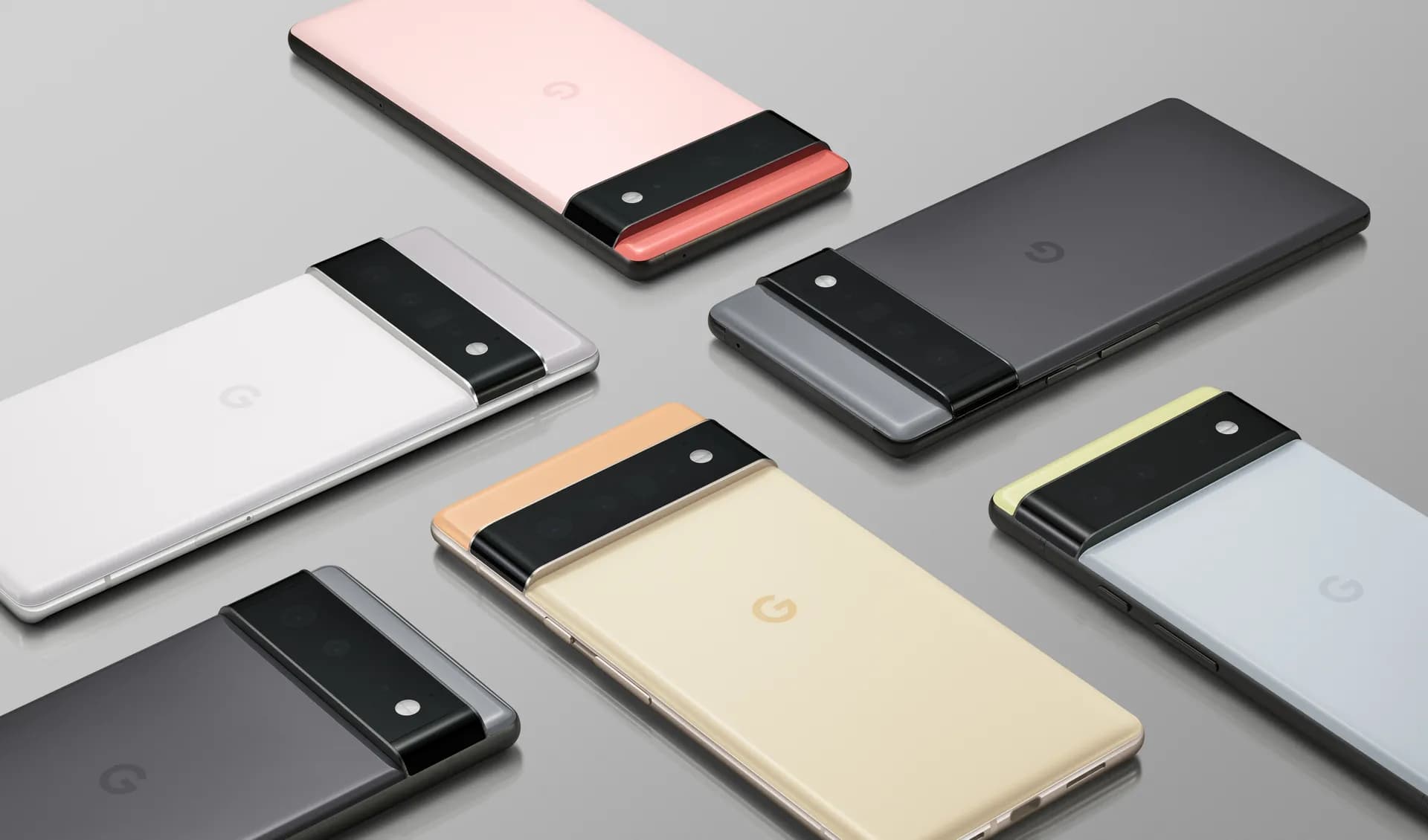 That being said, everything looked impressive enough. And Google’s leaning in to on-device privacy and security as well, thanks in part to its new Titan M2 security chip:

Google began work on its Tensor SoC four years ago, and this is the final result. And they decided to wrap a truly premium smartphone around it, too. That may go a long way to helping Google boost some sales for its upcoming smartphone lineup.

What do you think so far? Will the Google Pixel 6 or Pixel 6 Pro sway you to switch from an iPhone?