Google is enhancing YouTube feeds with a new section aptly titled “New to you” in an attempt to bring people a different flavor of recommendations that they haven’t seen before. 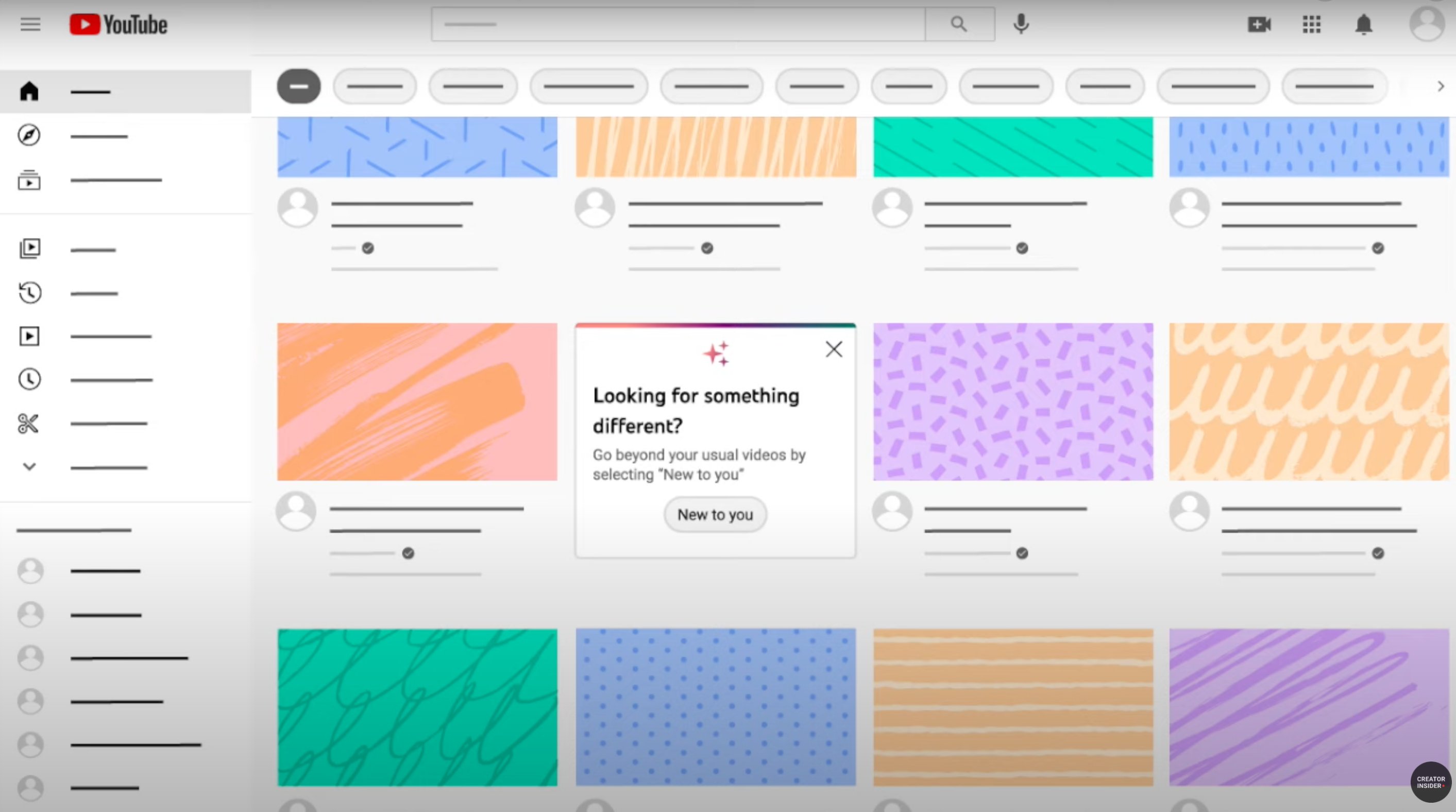 With this new YouTube feed, Google is attempting to solve the problem that you have probably encountered more than once whilst mindlessly browsing your home feed in search of something that might interest you that you haven’t seen before.

→ How to enable Picture in Picture for YouTube on iPhone

That’s easier said than done due to the nature of the algorithm, designed to recommend more of or similar to what you’ve already watched.

Here’s where to find the new “New to you” section:

If you use YouTube on your computer and keep scrolling down the Home page, a pop-up will spring to life asking whether you’d like to watch something different.

“Go beyond your usual videos by selecting ‘New to you’”, it reads.

While content that appears in this feed lets “viewers explore outside their typical recommendations,” there’s still a level of personalization. In my case, I like late night shows and I was recommended a program that I normally don’t watch.

YouTube’s new “New to you” recommendations feed is being released gradually over the course of July across mobile and desktop platforms and in the official app.