So you’ve built up a rock-solid jailbreak tweak arsenal that you’re certain you want to continue using for the foreseeable future. And let’s hypothetically also say that you’re the type of person who likes to rootFS restore and switch jailbreaks from time to time, just to see what works best for you.

How can you make re-installing all your jailbreak tweaks a swift and painless process after switching to a different jailbreak? Why, with a jailbreak tweak backup solution, of course!

It wasn’t all that long ago that we showed you a free add-on for jailbroken handsets called IAmLazy by iOS developer Lightmann that allowed users to backup their jailbreak tweaks for just this reason. But the same developer has just launched an alternative backup solution dubbed IAmSpeed, and we’re about to show you some of the differences. 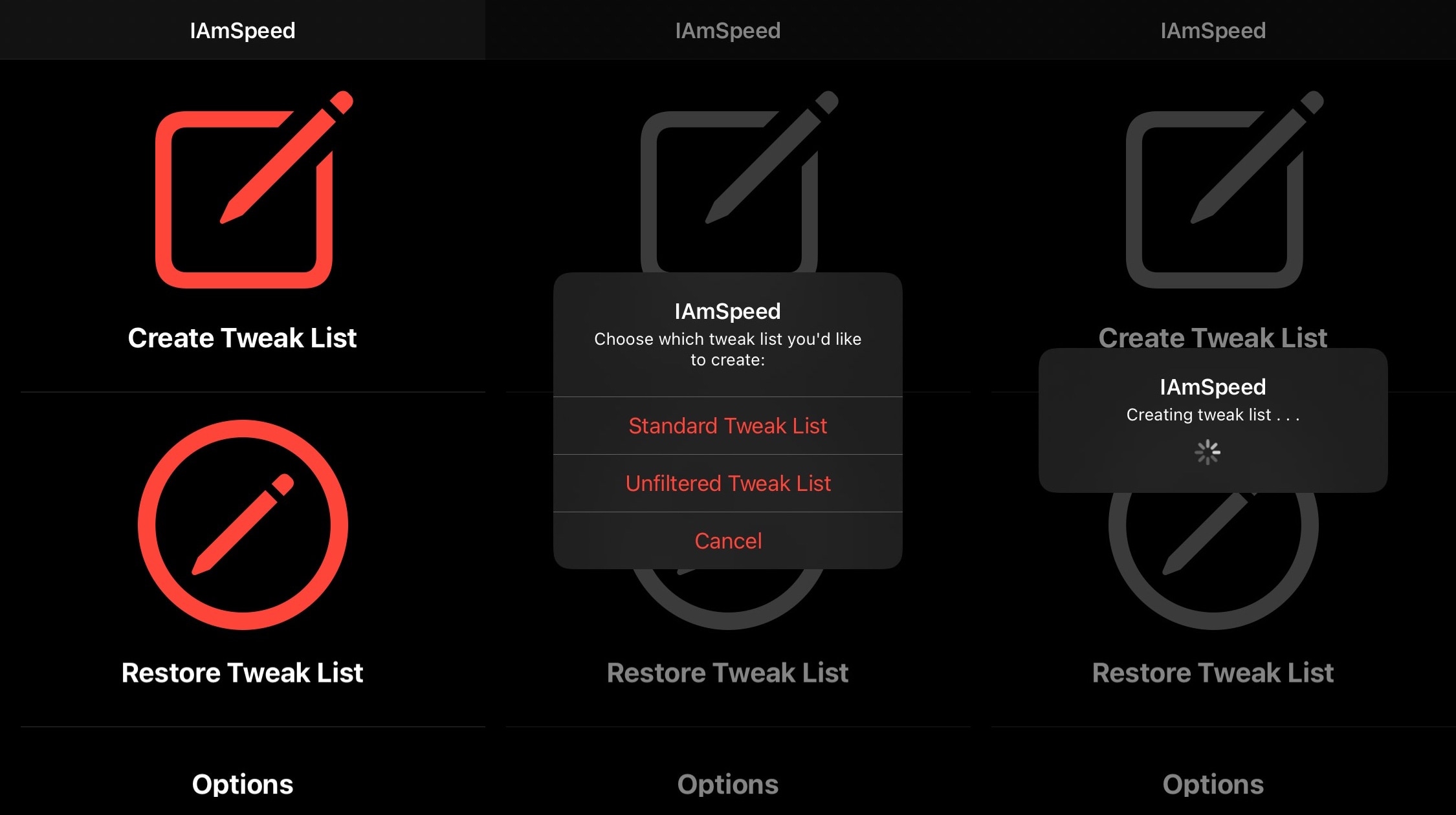 As noted by the developer in the /r/jailbreak announcement post, the primary difference between IAmLazy and IAmSpeed is that the former makes “offline” backups in which the actual .deb files locally stored on your device are used for the backup, while the latter makes “online” backups in which a tweak list is generated and apt then installs those tweaks from the generated list.

The circumstances outlined above, IAmLazy can be effective when you don’t have an internet connection. IAmSpeed, on the other hand, can be effective if you have a data connection (cellular or Wi-Fi). Both are essentially different methods of achieving the same end. 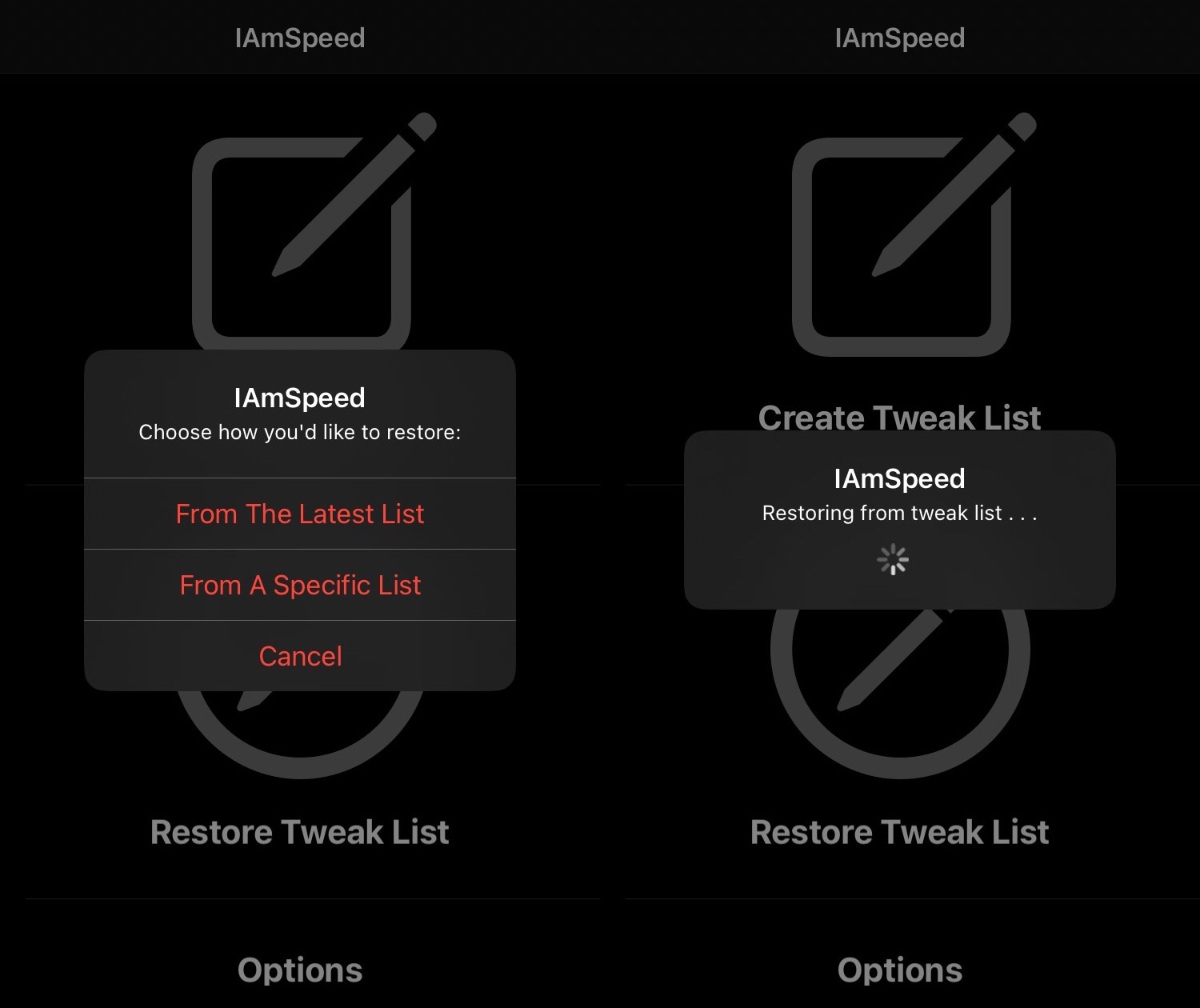 Upon launching the IAmSpeed app for the first time, users can choose between creating or restoring from a tweak list. If you haven’t made a backup yet, then you would create one. Alternatively, if you already have one and plan to restore your tweaks from it, then you would use the restore from option.

It should be mentioned that jailbreak tweak list backups aren’t destroyed by rootFS restores, which means you can safely perform a rootFS restore after creating a backup, then re-jailbreak, and run the tool again to restore from your backup. This is one of the ways that IAmSpeed (and IAmLazy) can be incredibly convenient.

Another note is that these backups can be used across multiple devices, but if a certain tweak stops being hosted by a particular repository and apt can’t find it, then the backup will simply skip that particular tweak and move on. Furthermore, users should not close the app while backing up their tweak list, as this would interrupt the process.

If you’re wondering whether you should use IAmSpeed or IAmLazy to back up your jailbreak tweaks, it comes down to personal choice and your internet connection circumstances. Both are being actively maintained and do an equally good job of getting all your jailbreak tweaks back on a freshly-jailbroken device.

Those who’d like to give the new IAmSpeed tweak a try can download it for free from the BigBoss repository via their favorite package manager. The tweak supports jailbroken iOS 13 and 14 devices and is open source on the developer’s GitHub page.

Do you plan to back up your installed jailbreak tweak list, or do you like living dangerously without backups? Let us know down in the comments section below.