Dark mode was perhaps one of the most sought-after features in iOS & iPadOS 13 when it debuted in 2019. Even today, a substantial percentage of iOS and iPadOS 14 users continue to use dark mode right out of the box, and there are no signs of that changing with iOS & iPadOS 15 this Fall.

Many apps for iOS and iPadOS automatically adapt to your system dark mode settings in an effort to blend in with other parts of the operating system, but some apps require the user to switch to a dark mode-friendly user interface manually.

The official YouTube app is a wonderful example of an app that doesn’t automatically tune its aesthetics to the system dark mode setting, and that’s something that iOS developer PoomSmart wanted to change. As a result, the new and free YTSystemAppearance jailbreak tweak was released. 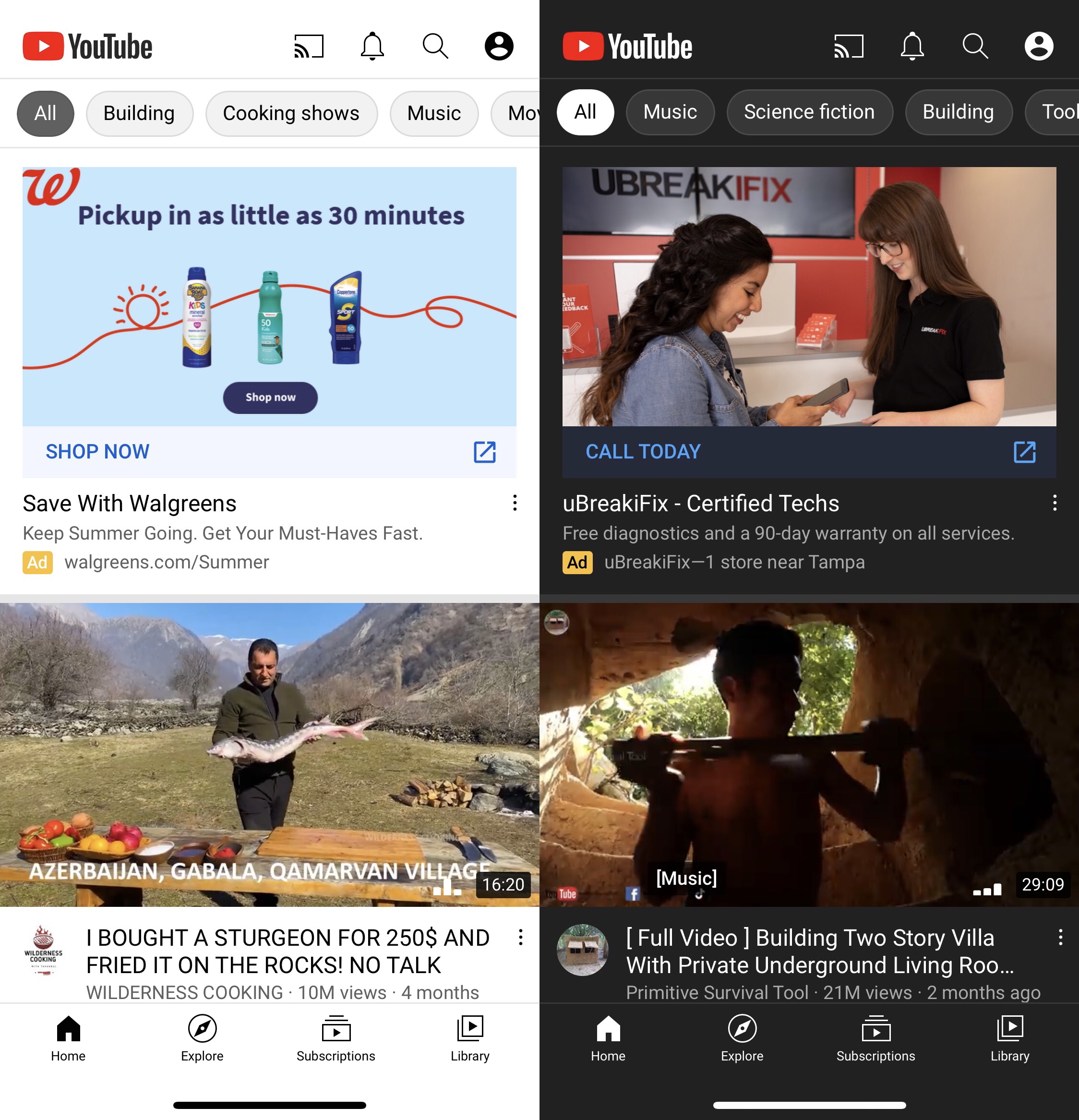 Just as the tweak’s name implies, YTSystemAppearance forces the official YouTube app to obey the system dark mode setting of iOS or iPadOS, effectively reducing the amount of work the end user needs to do to switch between modes.

This is convenient because it doesn’t require the end user to navigate the YouTube app’s settings to switch between dark or light modes. It instead takes place automatically — even when merely switching modes via the Control Center toggle.

As noted by the developer, YTSystemAppearance supports jailbroken iOS or iPadOS 13 and 14 devices running the YouTube app version 16.27.3 or later. Those who would like to give the tweak a try for themselves can download it for free from PoomSmart’s personal repository via their favorite package manager app.

If you’re not already using PoomSmart’s personal repository, then you can add it to your package manager of choice via the following URL:

Do you plan to make dark and light mode switching in the YouTube app less of a hassle with the New YTSystemAppearance tweak? Tell us why or why not in the comments section down below.