Apple considers in-person work part of the experience. Part of the company culture at a very basic level. But working from home has become the go-to option for many companies and people, a forced result of the global pandemic. So plans had to change, and they keep changing.

According to a report today from Bloomberg, Apple is going to test a new “Hybrid Flex” work from home option for Apple Store employees. This will give them the opportunity to not only work from home, but also work in the store as well. Specifically, employees will have the options to work “some weeks’ from either spot. The report indicates Apple will test this program before the end of 2021.

Part of the reason is because online shopping has exploded over the last year. Yes, due in part to the COVID-19 pandemic. According to the report, Apple expects that boom to continue into the future. 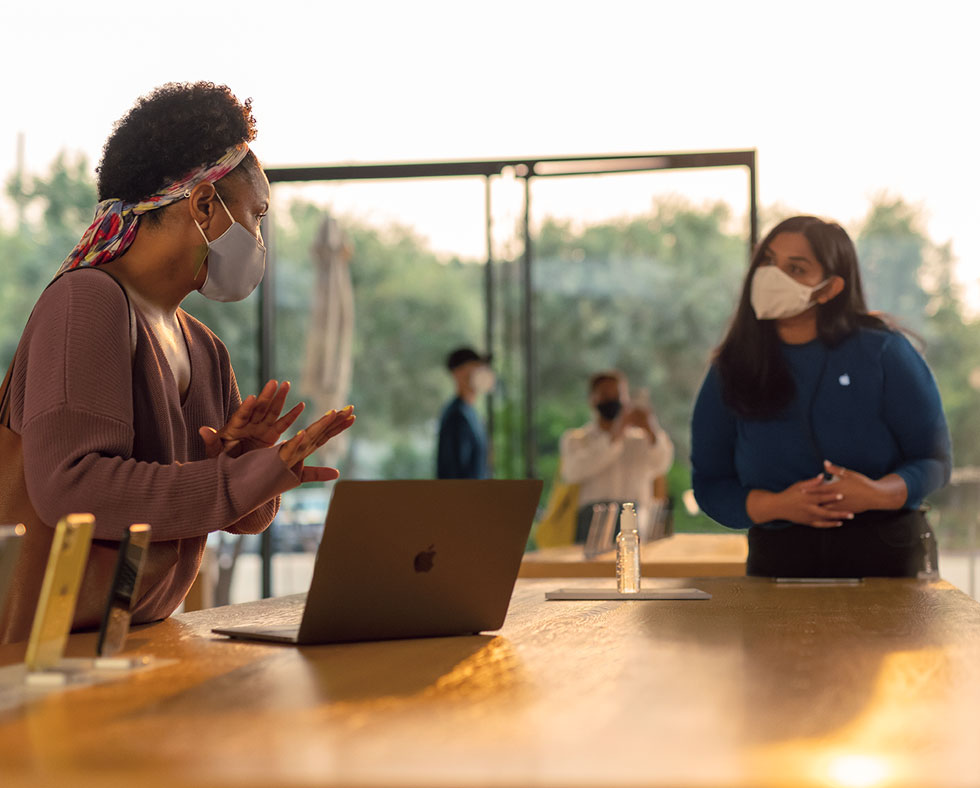 Creating such a program is an acknowledgment that the trend of greater online shopping accelerated by Covid-19 may continue despite economic re-openings and vaccine availability in many parts of the world. Workers will move between their store and remote roles depending on demand in stores versus online shopping during a particular period, the people said.

Apple will launch the pilot program in the next few months. The company is going to request those who take part in it to do so for at least six months right from the start:

The iPhone maker is asking employees in the pilot program to participate for at least six months. Apple is planning to ramp up the arrangements from September to December, when the company is scheduled to release several new iPhones, iPads, Macs, Apple Watches and AirPods. An Apple spokesman declined to comment on the company’s plans for the retail workforce.

All of Apple’s retail stores are now back open (again). However, this is a reflection of the changing times. Many retail employees have already had lengthy stints working from home, and this sounds like Apple is simply extending that methodology into a more flexible plan.