If there’s anything that jailbreaking my iPhone has taught me over the past several years, it’s that I should always come to expect more from iOS than Apple provides for it out of the box.

The aforementioned rule of thumb holds true in so many different respects, but one particular element of iOS that I find to be lacking features and intuitive integration is the App Switcher. It’s just… boring.

Coming to the rescue is a newly released jailbreak tweak called Gemini by iOS developer Galactic_Dev, which aspires to transform iOS’ ordinary App Switcher into a Swiss Army Knife of popular interfaces and capabilities. 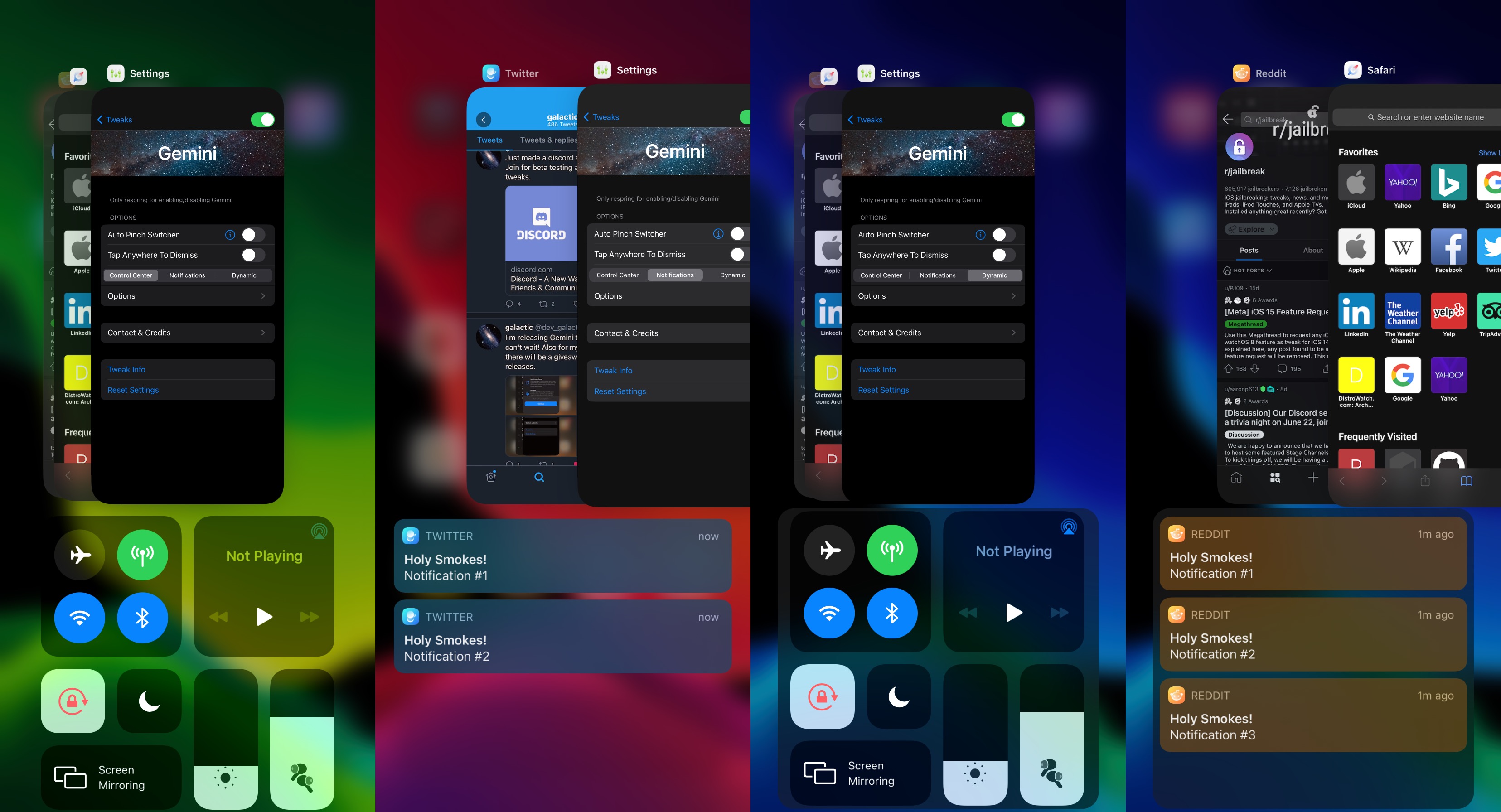 As you’ll see in the series of screenshot examples above, Gemini integrates things like Control Center and missed notifications directly into the App Switcher interface, allowing you to see and interact with a lot more at a glance instead of having to visit three different interfaces to accomplish the same things.

Upon installing Gemini, the App Switcher appears at the top of the interface, while Control Center or missed notifications (if applicable) appear near the bottom.

Gemini adds a dedicated preference pane to the Settings app where users can configure a handful of options pertaining to the tweak’s appearance and function: 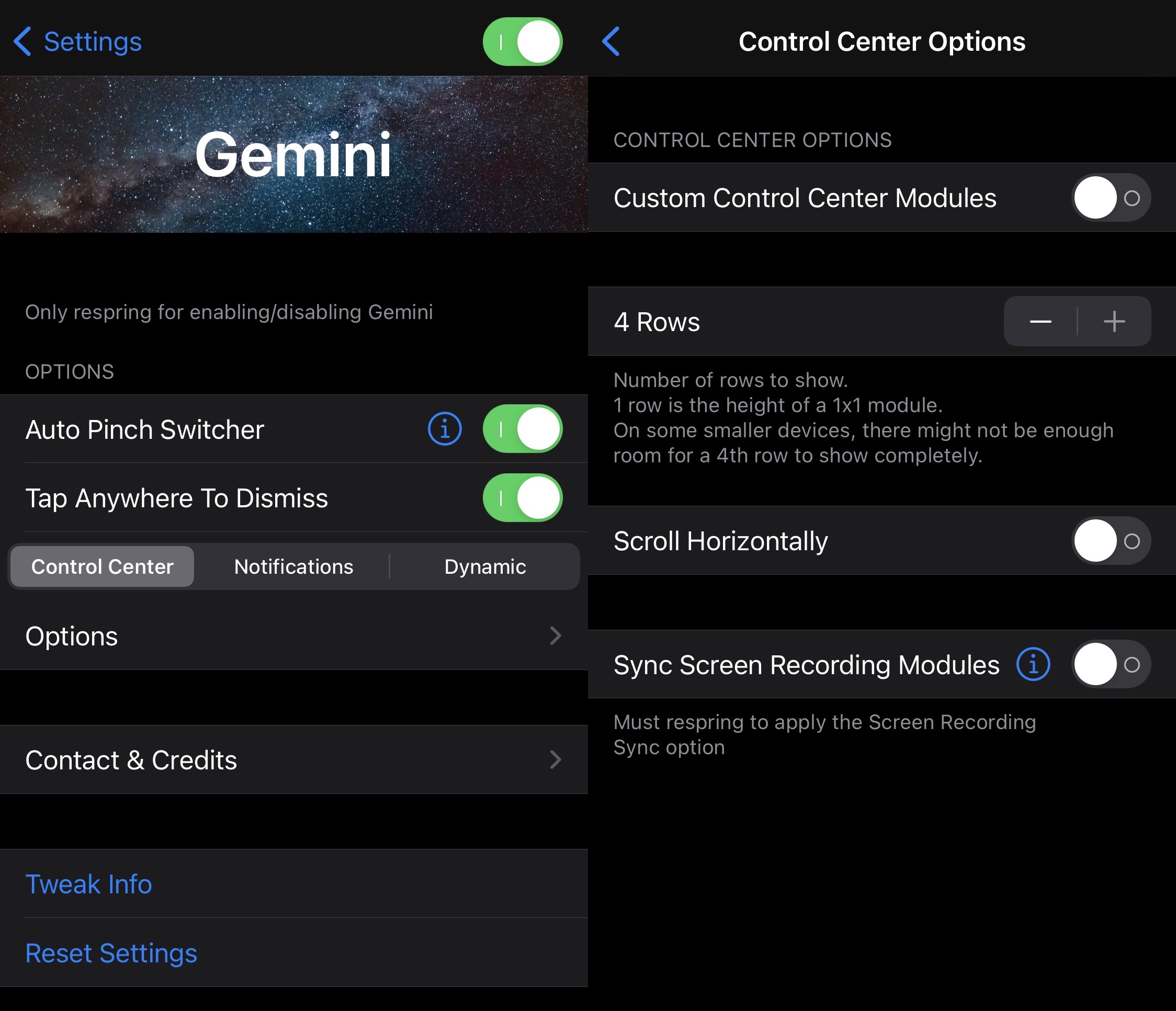 While some jailbreak tweaks merely add something to one interface or take something away from another, Gemini feels different. It’s more like a fully featured App Switcher replacement, as it creates what can only be described as a refreshingly usable interface. We say this as it combines several of iOS’ most frequently used interfaces into one, and this helps not only with usability, but also with accessibility.

Those interested in trying Gemini out for themselves can purchase the tweak from the Packix repository for $1.99 via their favorite package manager. It should be noted that the tweak isn’t designed for iPads, but it does support jailbroken iPhones and iPod touches running iOS 13 or 14.

Do you have any plans to upgrade the native App Switcher interface on your pwned handset with Gemini? Tell us why or why not in the comments section down below.