Twitter’s Super Follows and Ticketed Spaces monetization features have entered testing with a subset of users, offering a generous revenue-sharing model for creators. 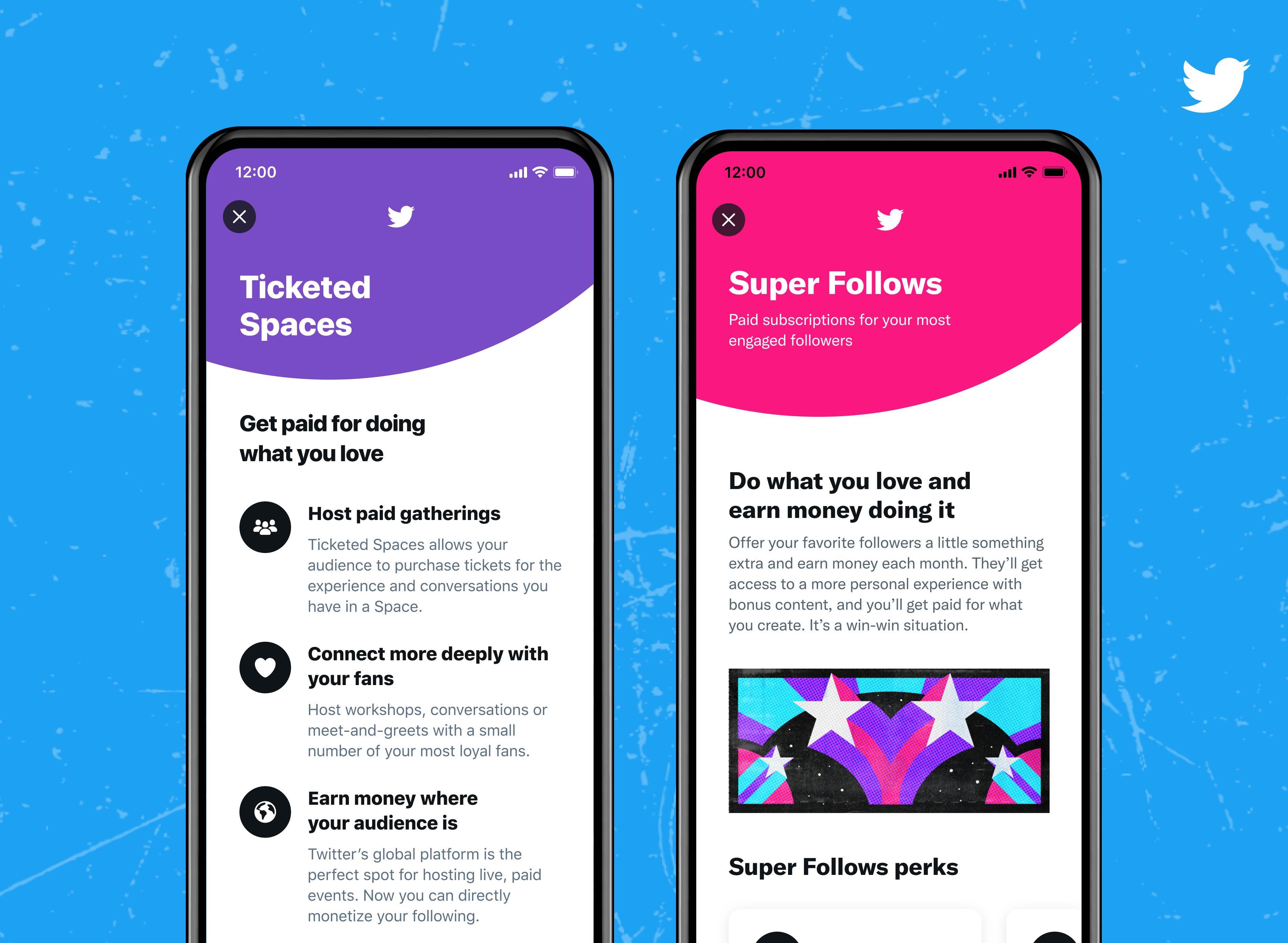 Twitter has opened applications for those who’d like to participate in a limited test of its upcoming monetization features, dubbed Super Follows and Ticketed Spaces. With Super Follows, you charge followers $2.99/$4.99/$9.99 per month for access to exclusive content.

As for Ticketed Spaces, Twitter’s Clubhouse competitor, this feature enables creators to charge between $1 and $999 for access to ticketed audio events on one of Twitter’s social audio rooms. On top of that, you get to access advanced features like setting a room size cap.

Users will initially keep 97 percent of the money made with Ticketed Spaces and Super Follows—that’s after the fee that Apple’s App Store and Google’s Play Store take on in-app purchases.

To support emerging voices driving the conversations on Twitter, Twitter will keep up to only 3% of revenue after in-app purchase fees until they make $50K in lifetime earnings.

Know that Twitter’s fee increases (and your revenue share decreases as a result) from three percent to twenty percent when your combined revenue from both features exceeds $50,000.

Our goal is to elevate people driving the conversations on Twitter and help them earn money. We updated our revenue share cuts after spending more time thinking about how we could support emerging voices on Twitter.

Sounds great, but how do you apply?

How can I test Twitter’s Super Follows and Ticketed Spaces?

According to an announcement from the company, you cannot apply to test these features unless Twitter has included you in its cherry-picked “small group” of testers. 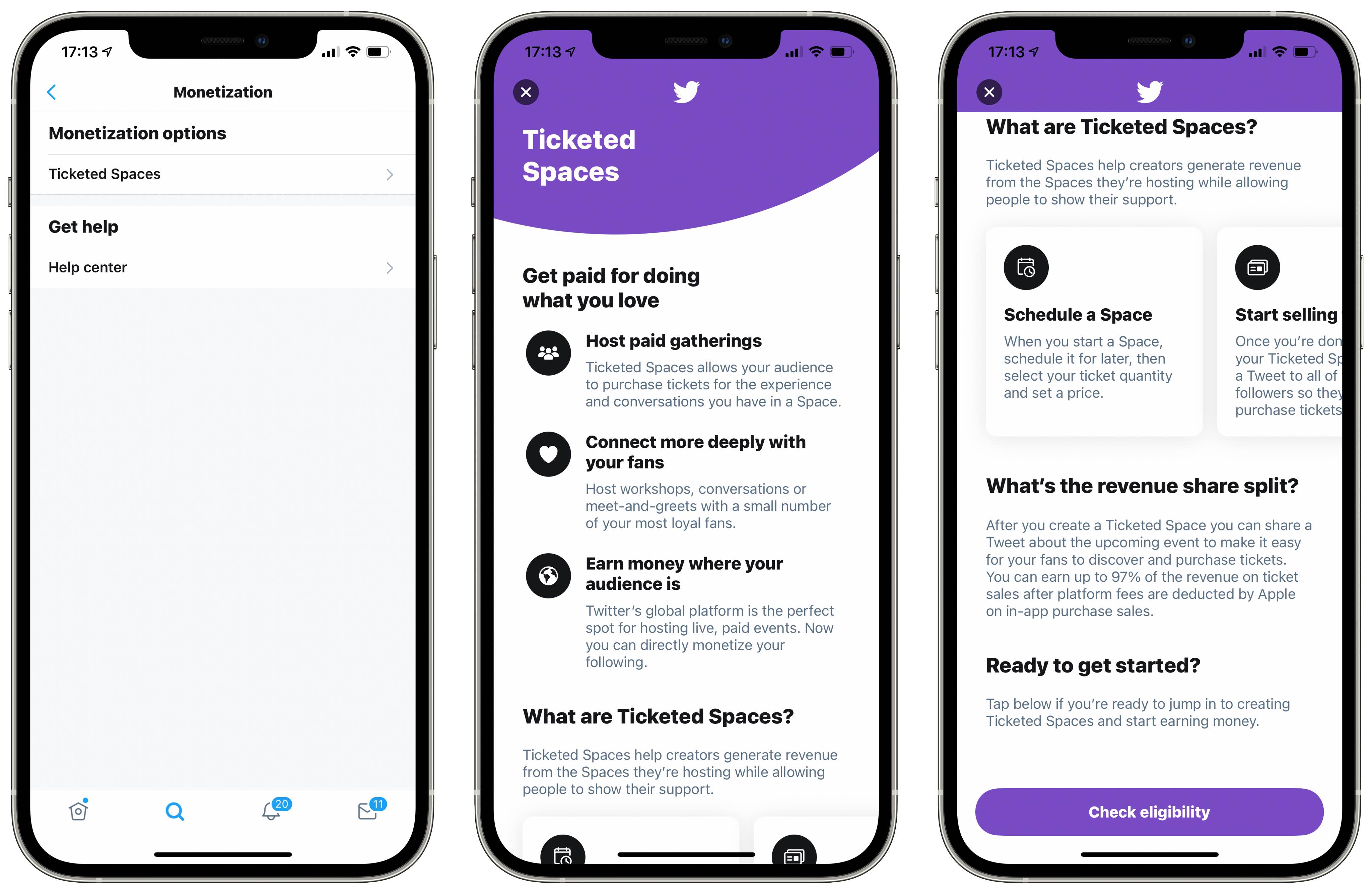 To see if you’re eligible to apply for the tests, look under the Monetization tab in the mobile app’s sidebar. If you see Ticketed Spaces or Super Follows there, Twitter has put you on the list of users with early access. In that case, simply follow onscreen instructions to begin testing. You can apply separately for each feature, the company said.

Earlier this month, the micro-blogging platform unveiled its first-ever subscription offering for power users, dubbed Twitter Blue. That one puts some of Twitter’s most oft-requested features such as tweet editing and custom user interface themes behind a paywall.