It had been rumored for quite some time that Twitter was working on a new subscription offering for users. Many believed the social network would paywall some of the most oft-requested features, like tweet editing. And sure enough, the new feature is now official.

Today, Twitter officially unveiled what it calls Twitter Blue. It’s the company’s “first-ever subscription offering,” and it’s designed to offer up a suite of additional features that non-paying customers won’t have access to. The social network bills the new subscription feature as a way for power uses to unlock the true potential of the social network, and give them “access to exclusive features and perks that will take their experience on Twitter to the next level.”

It’s worth noting that the announcement of today’s subscription offering was paired with a confirmation that Twitter is not ever going to get rid of the free version of the platform. So there’s that, at least. 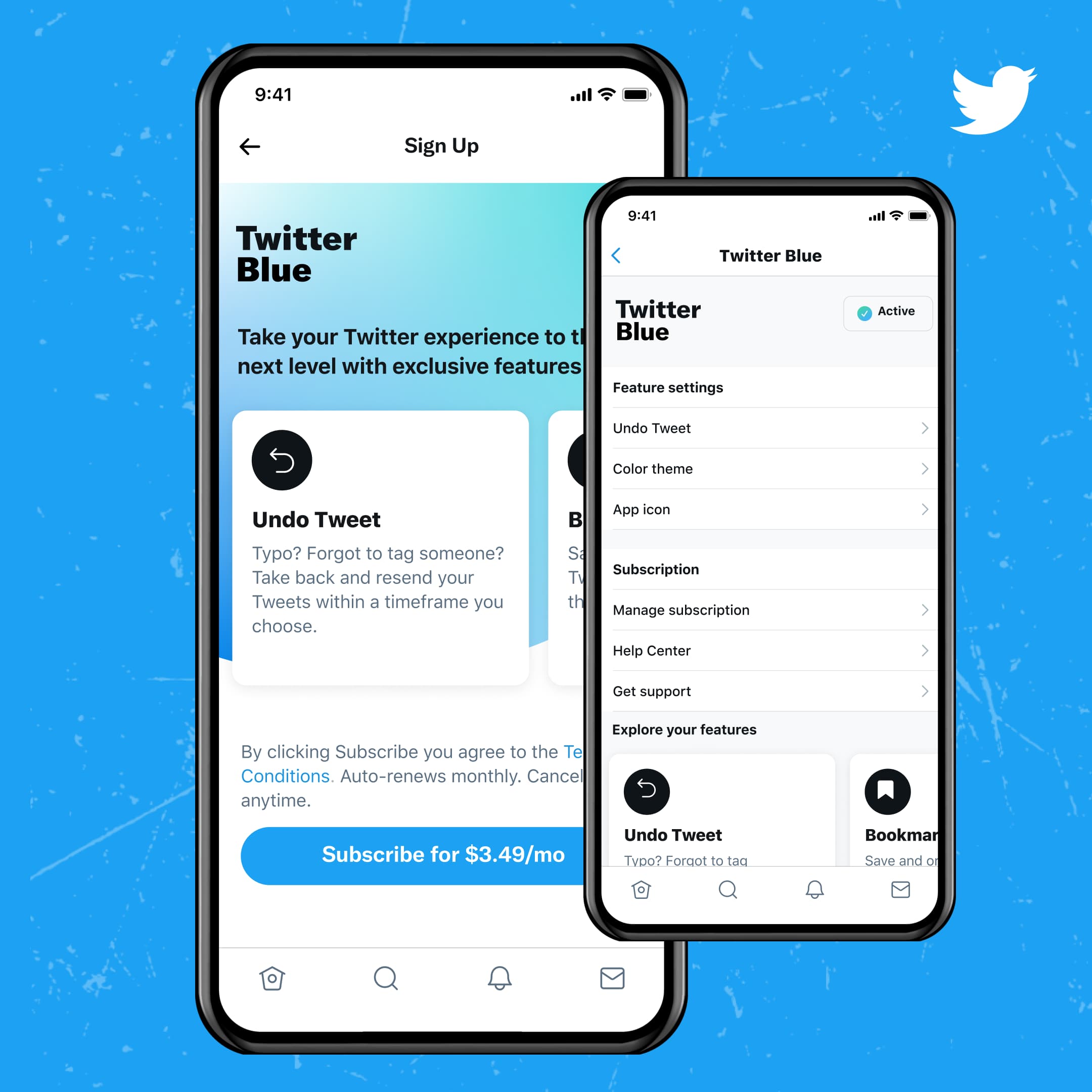 Twitter’s announcement also confirmed that while the feature is launching today, it’s a small launch. Twitter Blue is the “first iteration” of the subscription feature, and it will be available in Canada and Australia to start. Twitter wants to launch the feature in a smaller capacity in hopes to “gain a deeper understanding of what will make your Twitter experience more customized, more expressive, and generally speaking more 🔥.”

There are several new features behind the subscription paywall — none of them an actual edit, button. However, Twitter does get pretty close, at least. Here are the new features that are part of Twitter Blue in its debut:

Bookmark Folders: Want an easy way to better organize your saved content? Bookmark Folders let you organize the Tweets you’ve saved by letting you manage content so when you need it, you can find it easily and efficiently.

Undo Tweet: Typo? Forgot to tag someone? Preview and revise your Tweet before it goes live. With Undo Tweet, you can set a customizable timer of up to 30 seconds to click ‘Undo’ before the Tweet, reply, or thread you’ve sent posts to your timeline. Correct mistakes easily by previewing what your Tweet will look like before the world can see it.

Reader Mode: Reader Mode provides a more beautiful reading experience by getting rid of the noise. We are making it easier for you to keep up with long threads on Twitter by turning them into easy-to-read text so you can read all the latest content seamlessly.

So, not a lot, but certainly features that many Twitter users have requested in the past. Twitter Blue subscribers will also get the ability to change the app icon’s look on their Home Screen, full color themes within the Twitter app, and a dedicated team for customer support.

Whenever Twitter Blue arrives in your area, are you going to sign up for the subscription feature?