Facebook is now rolling out its Clubhouse competitor in the US, dubbed Live Audio Rooms, along with exclusive podcasts that are now available on the platform. 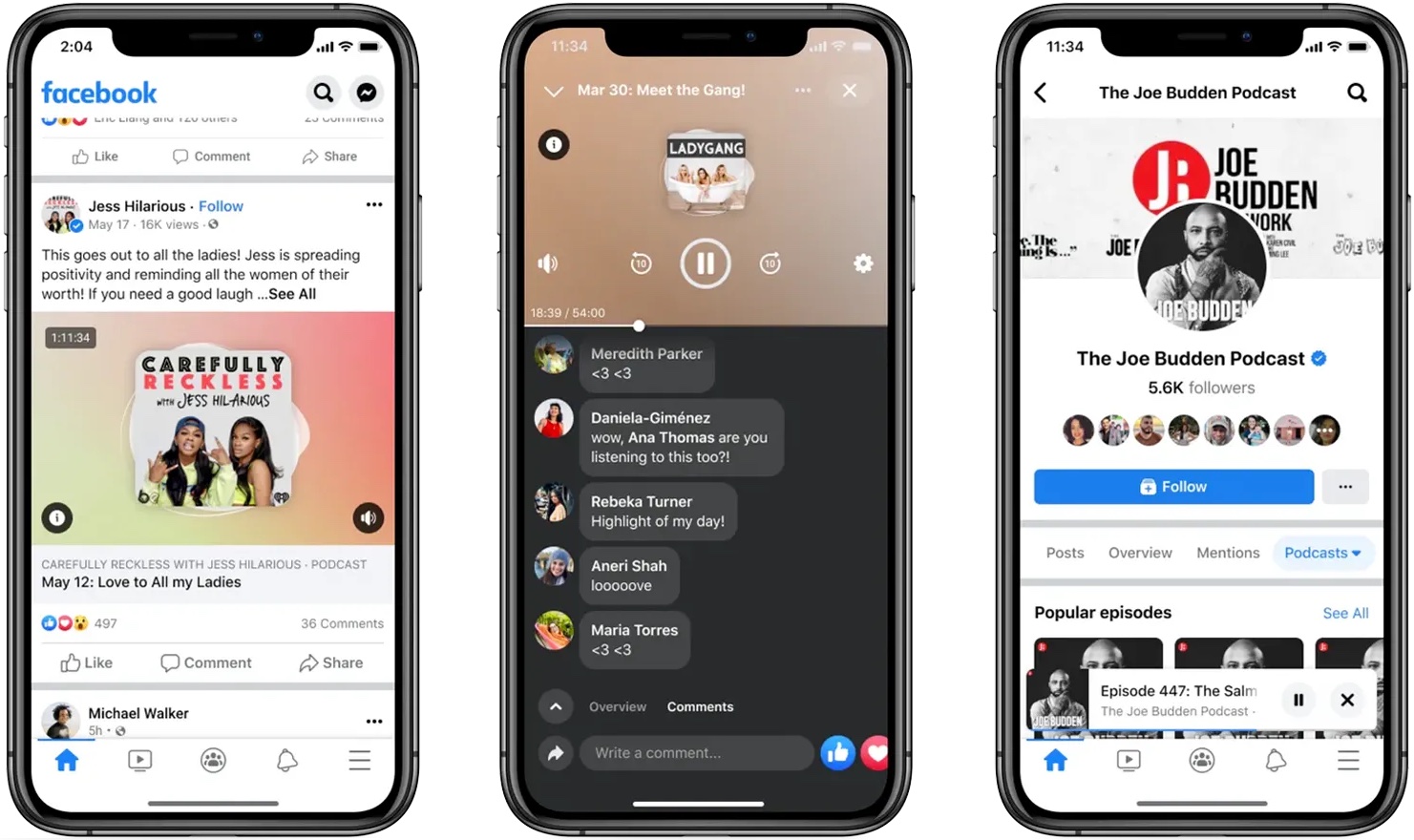 Found in Facebook’s mainland iOS app, the Live Audio Rooms feature is limited to verified public figures in the US and certain groups who are currently the only ones that can start hosting rooms via the iOS app. Some of the launch names include musicians like TOKiMONSTA, D Smoke and Kehlani), media figures like Joe Budden and DeRay Mckesson, as well as athletes such as Russell Wilson and Omareloff.

Anyone can join from both iOS and Android.

The feature supports up to fifty people speaking at once, an unlimited number of listeners and live captioning. By comparison, Clubhouse limits the number of people in a room who can speak at the same time and doesn’t support captions yet.

To request to join the conversation, simply hit a raise-hand button. When a follower/friend joins a room, you’ll receive a notification.

Within groups, admins can control who’s allowed to create a room: moderators, group members or other admins. Public group chats will be accessible both in and outside the group, but private group chats will be restricted to members. Additionally, hosts can also select a nonprofit or fundraiser to support during their conversation with a button to directly donate showing up on the chat.

Facebook now lets all US users listen to podcasts

Facebook recently reached out to select podcast creators via email to inform them of the impending launch. New podcast episodes appear in the News Feed and a new “Podcasts” tab within the mobile app. A built-in player lets you listen to podcasts even with the phone locked.

An initial set of US podcast partners includes these names:

Additional podcast creators will come to Facebook later this summer.