Facebook is jumping on the podcasting bandwagon with news that the social network will debut a podcast platform of its own as soon as next week, according to leaked internal emails. 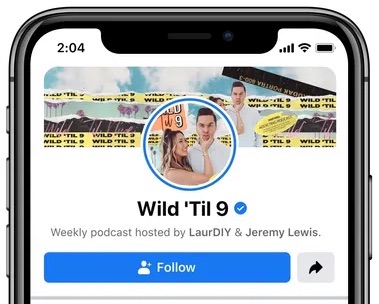 Facebook’s email message to people who run podcast-related pages on the social network, seen by The Verge, reveals that new podcast episodes will be available through Facebook’s upcoming “Podcasts” tab. “Facebook will be the place where people can enjoy, discuss, and share the podcasts they love with each other,” reads one excerpt from the email.

Podcast creators will simply connect RSS feeds for their shows to Facebook to have the service automatically generate posts on the News Feed as new episodes become available.

As far as sharing goes, that will be supported but with some limitations. 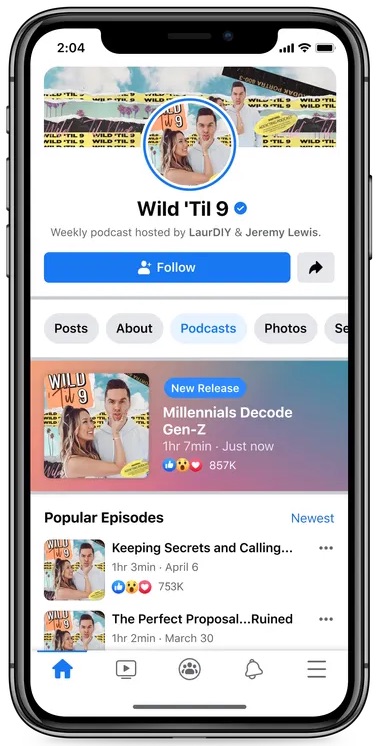 Of course, content owners wouldn’t be happy if you had the ability to simply share the entire podcast episode with others. Instead of that, Facebook will support sharing of short audio snippets from a show’s episode up to one minute in length.

The Verge said this regarding the terms of the service:

Podcasters will be opting into the podcast terms of service, which you can view here. It’s a relatively standard agreement, although it doesn’t have clear limits around what exactly Facebook can do with the podcasts distributed on its platform. For example, it grants Facebook the right to make derivative works, which may be necessary for distributing shows in certain formats, but also might alarm podcasters who are protective over their IP.

Facebook is the latest major technology company to jump on the podcasting bandwagon.

A growing interest in podcasts

It almost seems as if online services are rushing to add any podcast or Clubhouse-like audio to their offerings whether it makes sense or not because that’s apparently “what kids want”.

When it comes to major technology companies, Apple recently launched podcast subscriptions with the same 70:30 revenue sharing model as on the App Store. Apple’s fee drops to fifteen percent after a subscriber’s first twelve months of paid service.

Recently, Spotify introduced its own podcast subscriptions but the company isn’t keeping any revenue generated from subscription sales to itself.