There are some instances where the iPad is missing out on some Apple-specific apps. The Weather and Calculator apps, for instance. And for folks who believe the Translate app would be a good fit for the iPad, well, Apple apparently agrees.

As part of its big unveiling of iPadOS 15 earlier this week, Apple confirmed that the Translate app is coming to the iPad lineup courtesy of the software update. The company says that the app’s arrival on the tablet also adds some new features to the mix. All of this to hopefully make conversations more more natural.

Right out of the gate, the new Auto Translate feature should probably do wonders to reach that goal. With this feature, the Translate app will detect when someone is speaking, and in which language, and translate as needed. As the name of the feature suggests, this is done automatically, so users don’t need to press a microphone button to get the translation going. 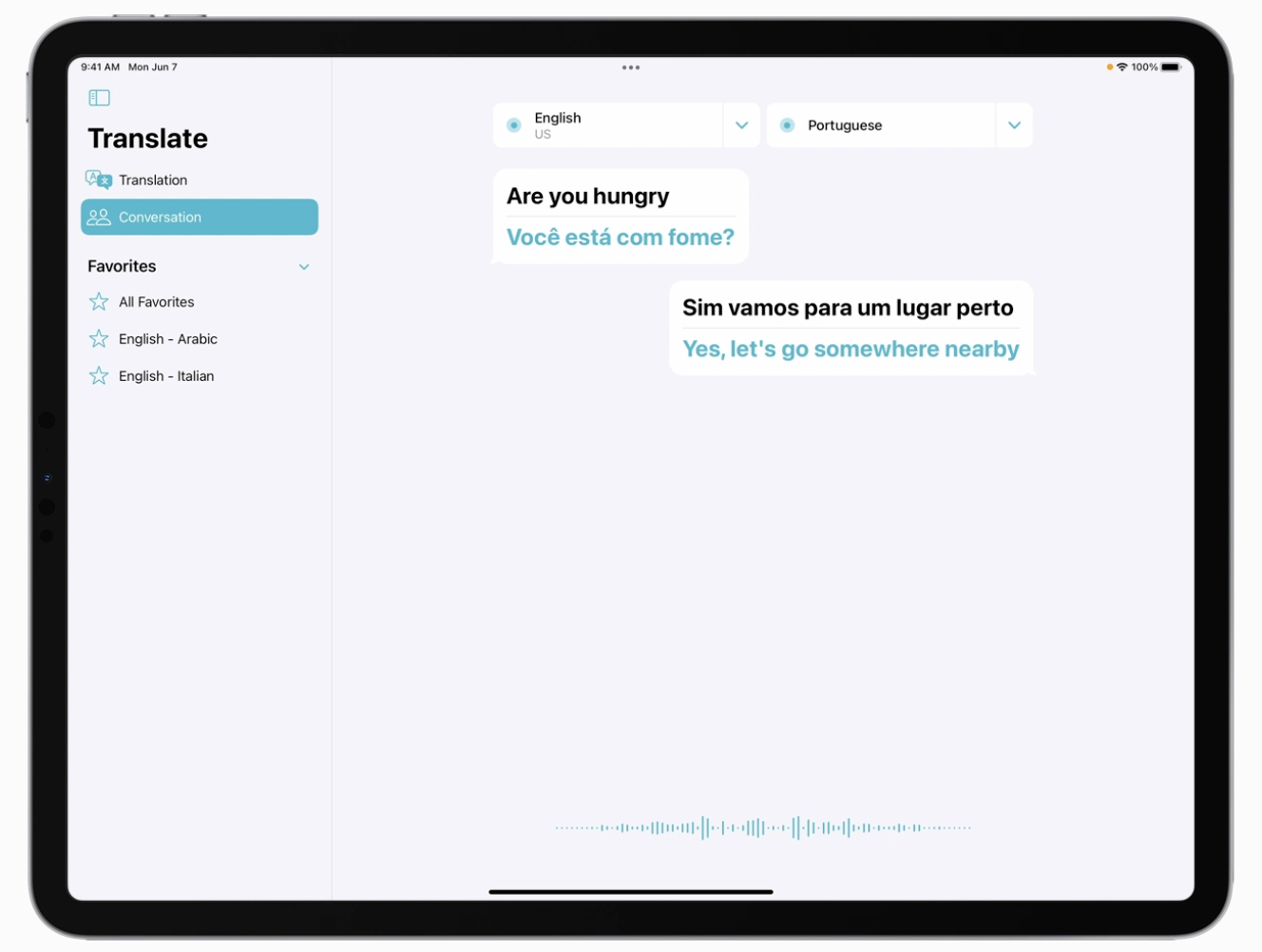 Things get interesting with the new “face-to-face view” feature. This allows two people to set an iPad down between them with the Translate app running. Then, they can have a conversation together, in separate languages, and see translations in real-time.

iPadOS 15 launches this fall. It will be a free upgrade for eligible iPad models.