The rumor mill has been issuing leaks regarding Sony’s newest truly wireless earbuds. And now they are officially official. Sony has finally taken the wraps off the WF-1000XM4.

Announced today, Sony’s newest truly wireless earbuds offer a new design right out of the box compared to the 1000XM3 model. The new headphones are 10 percent smaller, which should make them even more comfortable for daily use. And Sony says the new processing chip will boost noise cancellation at “all frequencies.” And the improvements don’t stop there.

The new 1000XM4 earbuds have longer battery life, too. Sony says they will last up to eight hours with continuous playback with noise cancellation enabled. Interestingly, Sony shrank the size of the charging case, too. And now it supports wireless charging through a standard Qi wireless charger. After the reduction, the new case is 40 percent smaller than its predecessor. 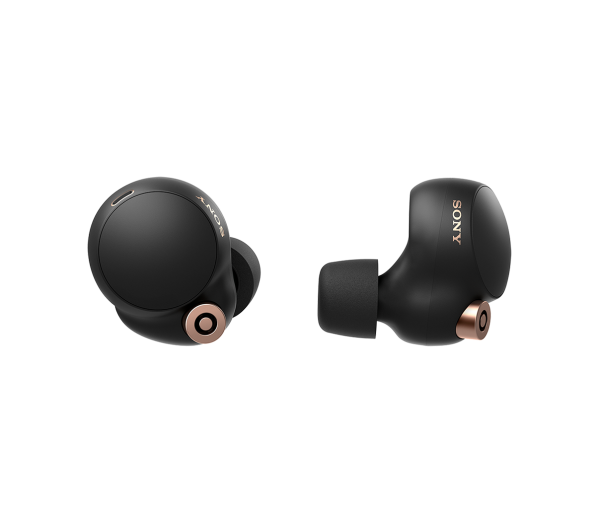 One of the biggest new additions for the new earbuds is an IPX4 rating for water and sweat resistance. This was a feature missing from the 1000XM3 units, so it’s good to see Sony add them here.

Sony upped the voice call system in the new earbuds by utilizing both beam forming microphones and bone conduction sensors. The company says this should improve overall performance while making a call. The 1000XM4 do not support multiple Bluetooth connections, though.