Getting things done on iPad is pretty easy. Especially if you have an iPad Pro. But getting multiple things done at the same time has always been a trickier affair. But Apple’s looking to address that potential sticking point with the upcoming iPadOS 15 launch.

Apple unveiled the next big update to its tablet lineup yesterday during its WWDC keynote. With iPadOS 15 Apple is looking to approach easier solutions for productivity with its tablets. That starts with multitasking, which Apple is reworking just a bit to get a more streamlined approach.

On the surface, not much has changed. You’re still getting Apple’s Split View, which allows users to use two apps side-by-side to jump back and forth quickly between the two. But, the changes, while subtle, should make multitasking a bit better across the board. 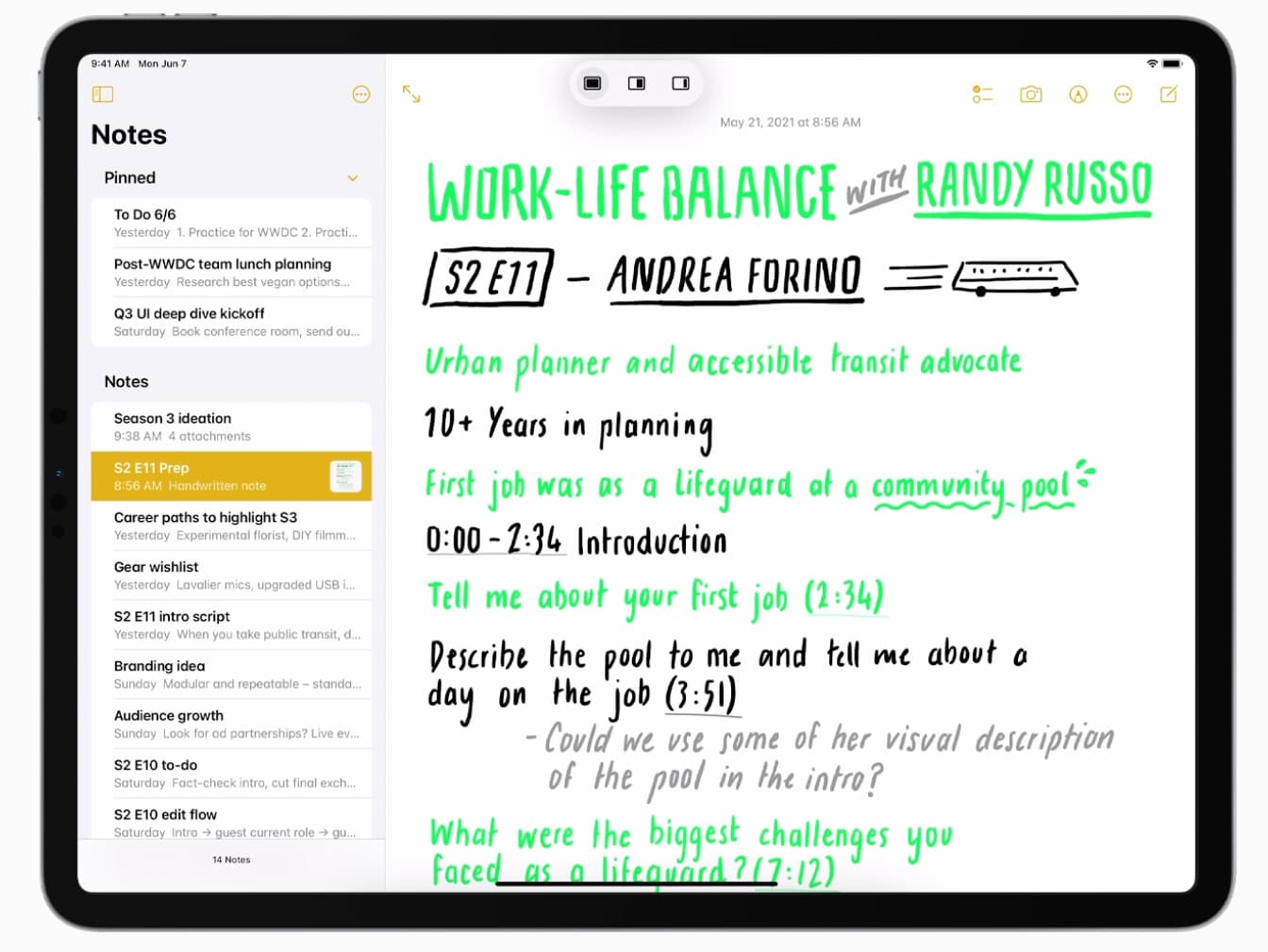 Working with multiple apps on something like an iPad is nice, especially with the portability of the product itself. Now, with the revamped Split View and other tweaks, that should be even better. There is a new multitasking menu that appears at the top of apps, which will allow users to jump into Split View or Slide Over with a tap.

The new Split View also makes it easier to see the Home Screen, which means launching a different app into the specific mode is easier. And when you are already using Split View, simply sliding a new app into one of the panels (either on the left or the right) will open the app in the same mode.

There is a new shelf in the software, too, which means users can launch apps with multiple windows and still use it in Split View. For instance, with the Mail app, users will be able to use the separate windows in the Mail app from within Split View.

There are new keyboard shortcuts for external hardware keyboards, too. With iPadOS 15’s new focus on multitasking, this means users will be able to launch into Split View or Slide Over without taking their hands off the keyboard. That should be a welcomed change for the folks who are busy working and don’t want to fiddle with sliding apps around on a screen.

These new features are just the tip of the iceberg for iPadOS 15, which is set to launch in the fall.