Last month, we showed you a free jailbreak tweak called DNDBadges by iOS developer Ichitaso that turned your Home Screen’s app icon badges purple whenever Do Not Disturb mode was enabled.

We really liked the concept because it could help prevent users from forgetting when Do Not Disturb mode was turned on and missing important notifications, but as it would seem, Ichitaso has just released another tweak of similar nature called DNDStatusBar that instead turns the Status Bar purple whenever you have Do Not Disturb mode is enabled.

In the screenshot example below, you’ll see that there isn’t much to the tweak. When Do Not Disturb is turned on, all the Status Bar’s text and the accompanying glyphs turn purple in order to designate that your notifications will be silenced under Do Not Disturb mode: 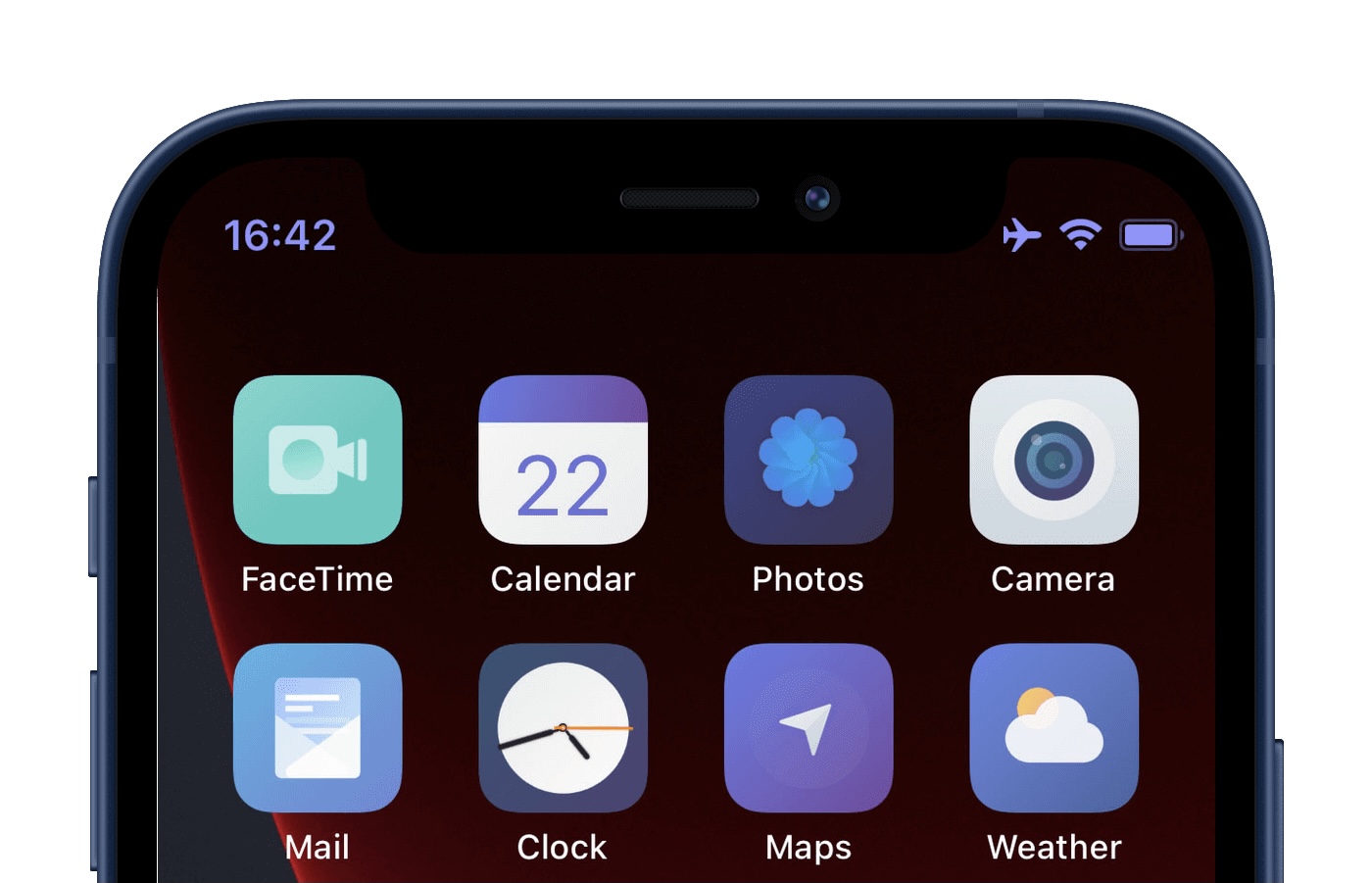 It should be noted that when you turn Do Not Disturb mode back off, your Status Bar’s text and glyphs return to their original color(s).

DNDStatusBar doesn’t come with any options to configure, so what you see is ultimately what you get. That said, we appreciate simplicity when it comes to jailbreak tweaks of this nature because it’s easy to feel overwhelmed by an over abundance of superfluous options when a tweak only sets out to accomplish one thing.

For those wondering, DNDStatusBar works well alongside Ichitaso’s older DNDBadges tweak. With that in mind, you could have both purple Home Screen app icon badges and a purple Status Bar at the same thing whenever Do Not Disturb mode is turned on. This is, of course, completely optional.

If you’d like to go hands-on with DNDStatusBar yourself, then you can download it for free from Ichitaso’s personal repository via your favorite package manager. The tweak supports jailbroken iOS 13 and 14 devices.

If you’re not already using Ichitaso’s repository, then you can add it to your package manager of choice via the following URL:

Do you plan to turn your iPhone’s Status Bar purple whenever you enable Do Not Disturb mode? Let us know why or why not in the comments section below.