Wallet cases are not new by any means, but with the iPhone 12 lineup, Apple opened up a few more creative options thanks to MagSafe.

So we’ve decided to put together a list of the best MagSafe-enabled wallets you can buy now for the iPhone 12 mini, iPhone 12, iPhone 12 Pro, and iPhone 12 Pro Max. Each option will let you carry at least a few cards with you, and keep them close to your phone at all times.

One of the MagSafe accessories that stood out when Apple introduced the feature last year was this leather wallet. It’s a simple enough idea, attaching to the back of the iPhone 12 lineup with MagSafe. The MagSafe leather wallet is shielded, too, so it’s safe to stack cards inside. 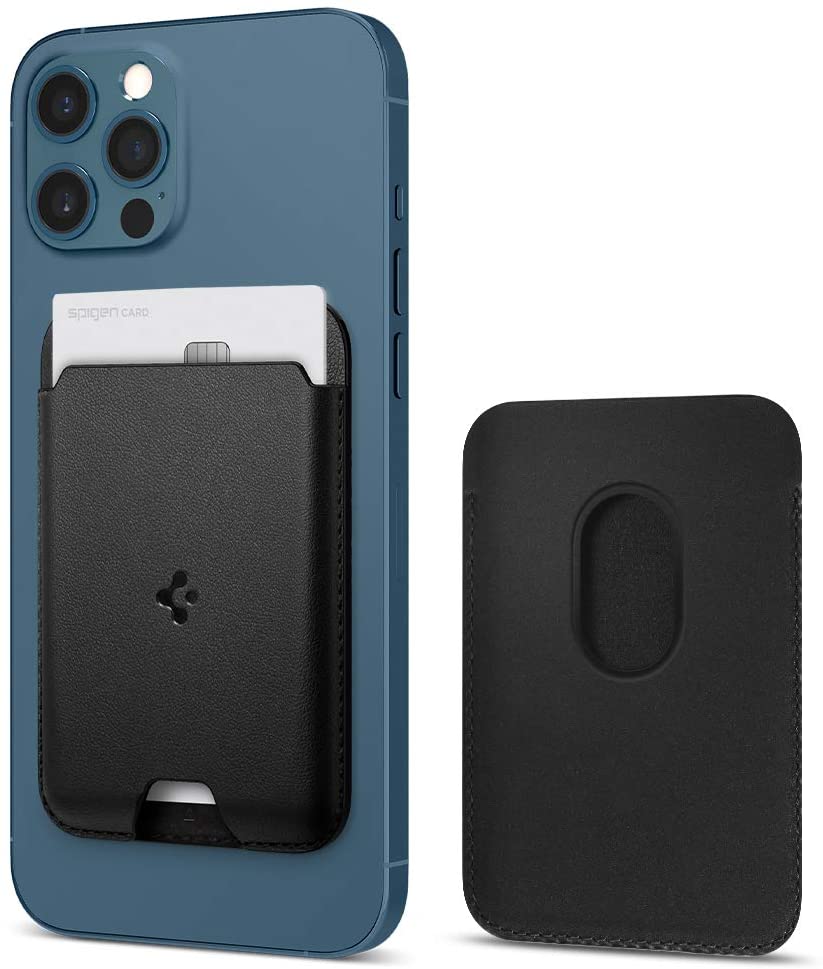 The Spigen-branded Valentinus MagSafe wallet shares a similar design to Apple’s own option. However, it has one important difference: an extra access point. The Valentinus wallet features a small hole on the bottom of the wallet, making it easy to quickly slide up the cards even while the wallet is attached to the phone.

There’s also a larger hole on the other side of the wallet, which will allow you to slide up your cards as well after you take the wallet off the iPhone 12.

The wallet is made from vegan leather, but it’s a bit slimmer than Apple’s wallet, so it can only hold two cards at once. 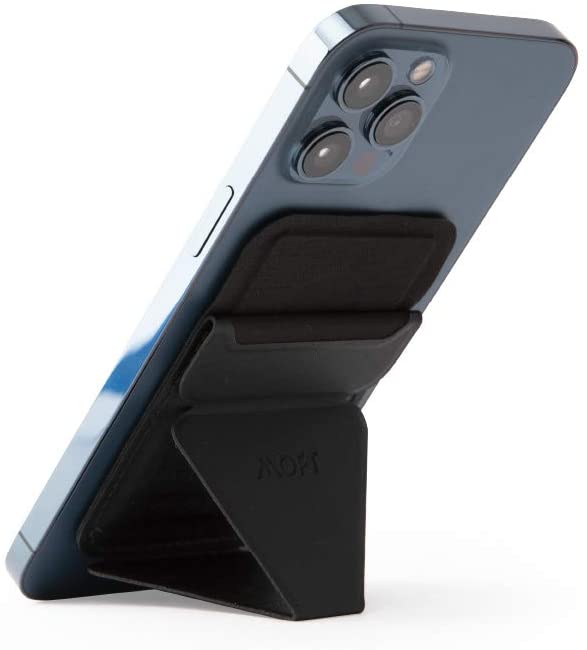 MOFT was first out of the gate with an alternative MagSafe wallet for the iPhone 12 lineup. The company’s option also offers another useful bit of functionality: a built-in kickstand. The overall size of the wallet is slim, but it can still hold up to three standard cards at the same time.

That built-in stand offers up three different viewing angles, including landscape, portrait, and “floating”, with the latter perfect for video calls. And since it supports MagSafe, the wallet can be used when paired with a MagSafe-equipped case as well. 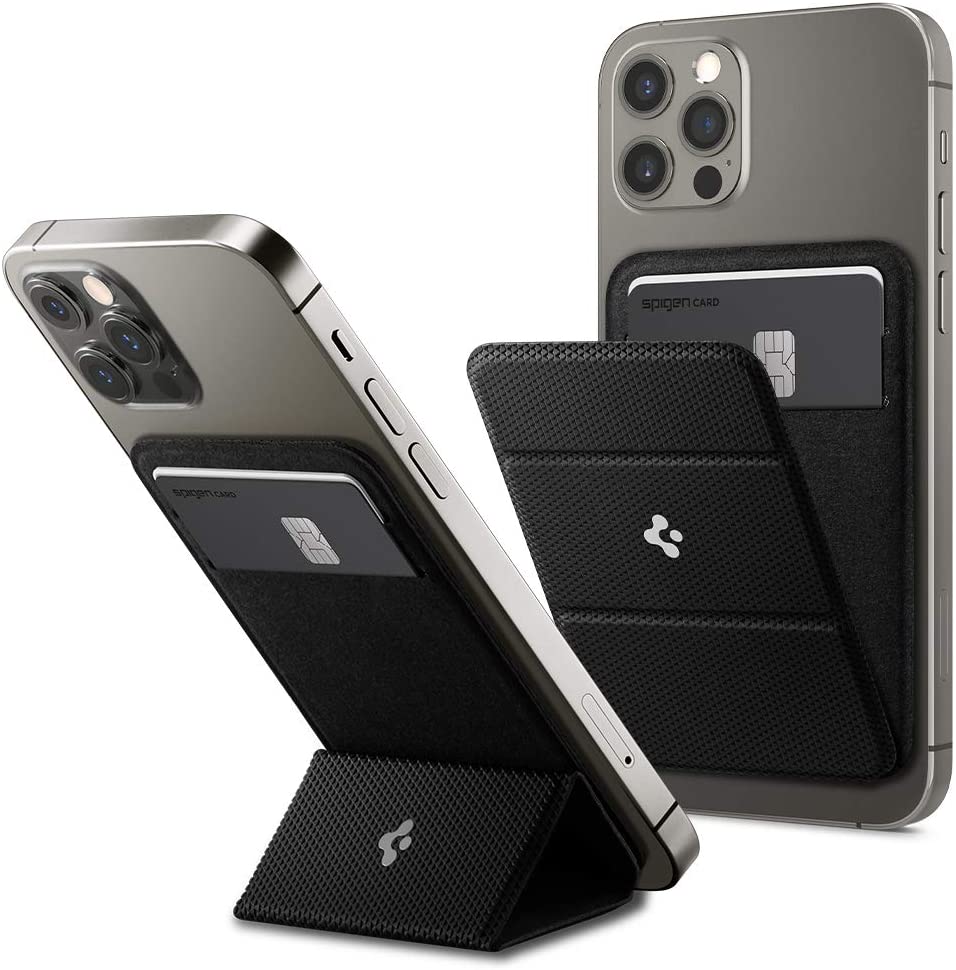 Another option from Spigen. This one’s more than just a wallet, too, even though it offers up that functionality as well. The Smart Fold MagSafe wallet can hold up to two cards at the same time, and it has that handy additional access point to quickly slide up your cards from the bottom even when the wallet is attached to your iPhone 12.

The Smart Fold wallet features a trifold design, which can turn it into a built-in kickstand. However, Spigen says that the kickstand feature is not designed to be used with the biggest of the iPhone 12 lineup, the iPhone 12 Pro Max. So keep that in mind.

The Spigen Smart Fold MagSafe wallet is available now from Amazon in Black and Gunmetal. 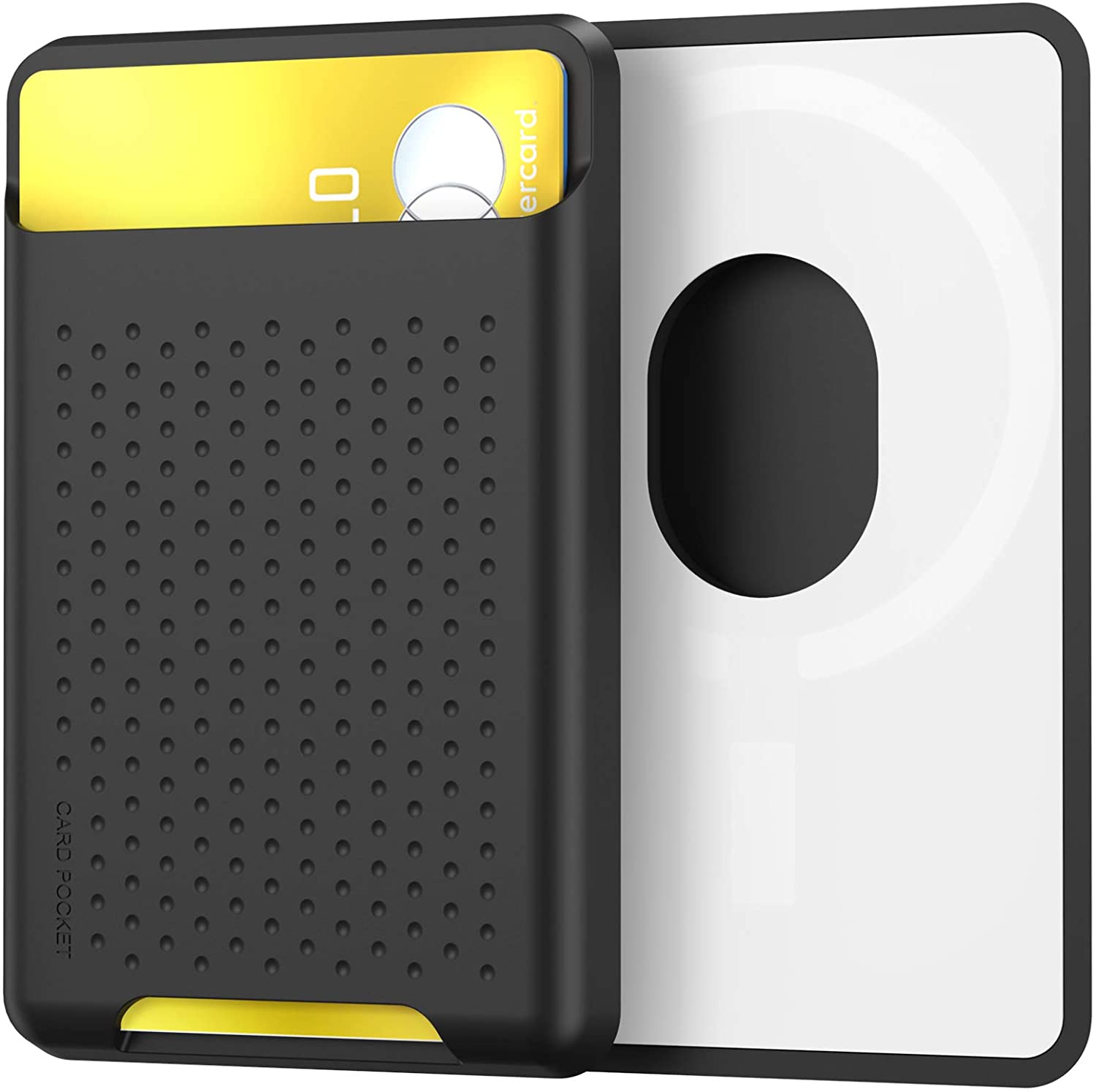 The AhaStyle MagSafe-compatible card holder is for those who want to carry around only two cards. It’s a slim design, as you’d expect, and it magnetically attaches to the back of the iPhone 12 lineup just as you’d imagine. The wallet is RFID-shielded.

The case itself is made from anti-slip silicone, and it features two cutouts for you to quickly slide out your card(s) when you need them.

If you have any other suggestions, make sure to leave them down in the comments!