Waltr Pro, Softorino’s excellent file converter that helps you get around iOS file format issues, has become even more pro with several new features added in the latest update. 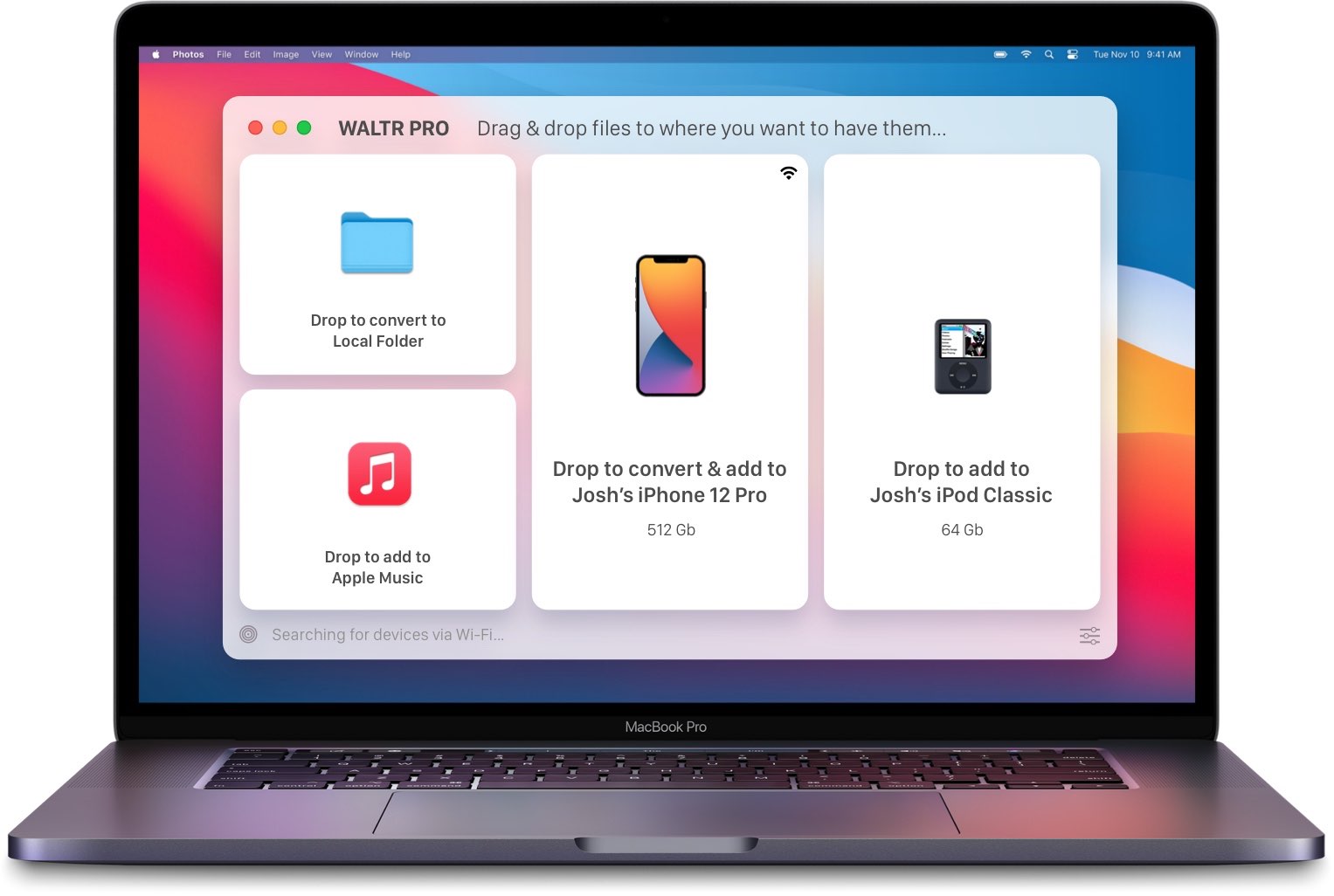 Waltr Pro’s new update lets you convert unsupported music formats like WAV, sending them to the Apple Music cloud for playability on your HomePod or any iCloud-connected devices. To use this feature, simply drag and drop files onto the Apple Music tile of the Waltr Pro window.

This will convert your music into Apple-readable formats and upload the files to iCloud for easy playback. It’s a cool trick that takes advantage of Apple’s feature which permits Apple Music subscribers to upload any songs not found on the service, like content ripped from CDs, to Apple’s servers for easy streaming on all devices that use the same iCloud account.

Other new features in Waltr Pro

Waltr Pro brings other new features in the most recent update, too.

For example, you can now save any converted files locally to your computer’s internal or external drive as readable Apple-friendly formats. 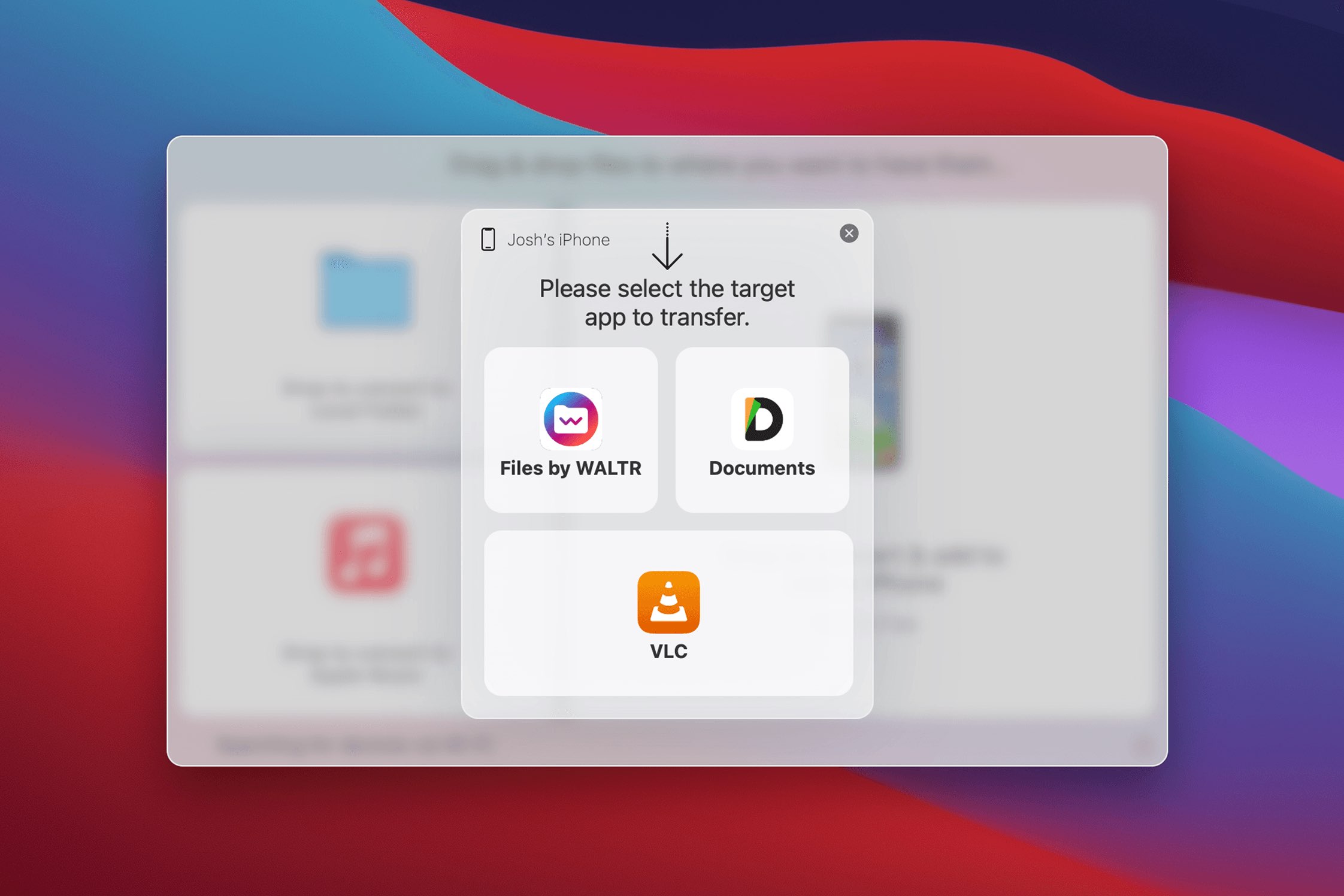 Waltr’s automatic content recognition engine that scans files and automatically adds appropriate metadata now lets you manually edit these things before the files are transferred (hold down the Command key while dropping files). On top of that, Waltr Pro now enables you to customize cover art for things like music albums, books and so forth with your own images. 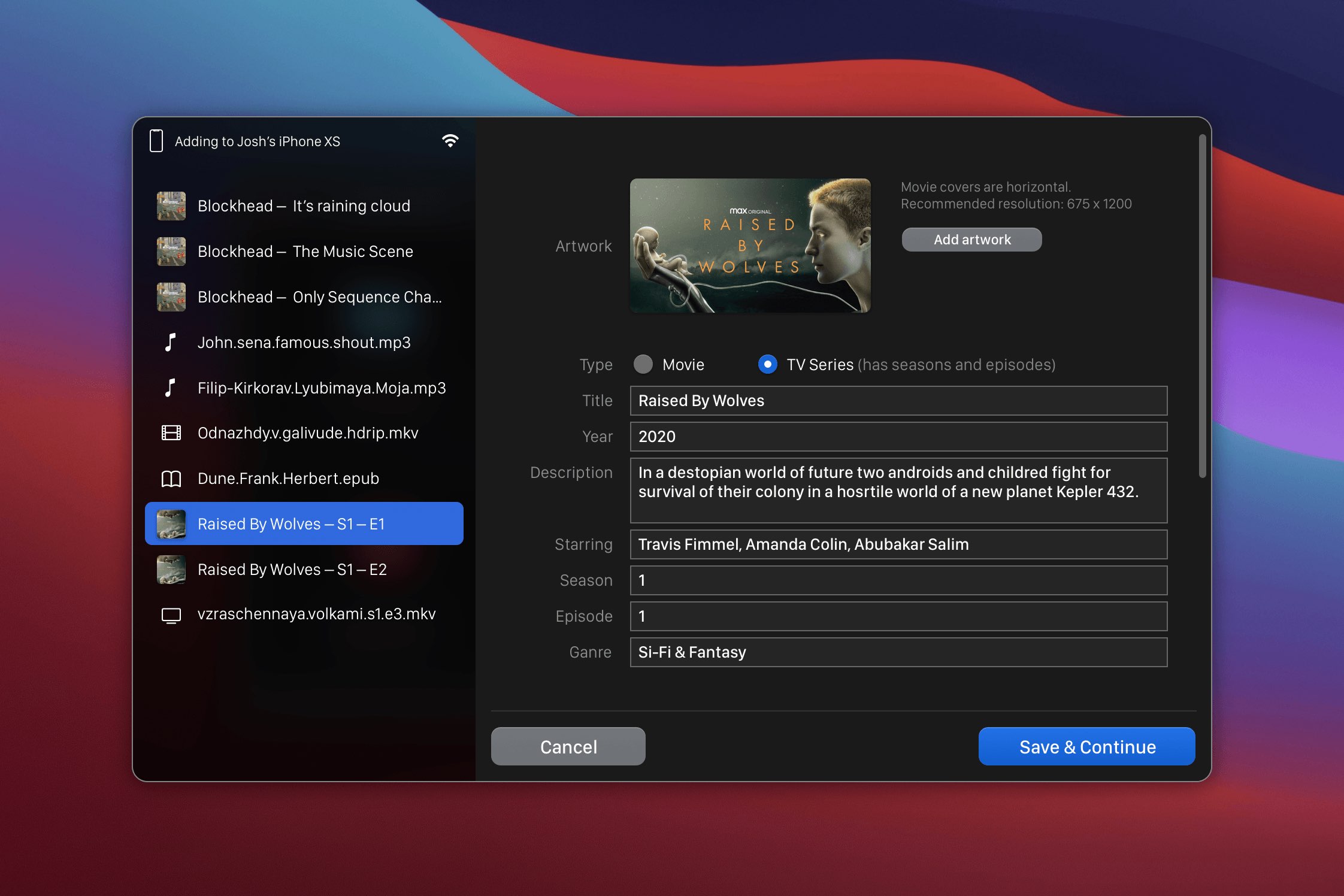 One of the reasons why Waltr Pro is such a great piece of software has got to be its simplicity—the software automatically puts any dropped files into the right places on your iPhone or iPad. For instance, drop an e-book and it’s sent to the Books app.

With the new version, you have full control over where your files get transferred. Simply hold down the Option key on your Mac’s keyboard before transferring files to select target apps. 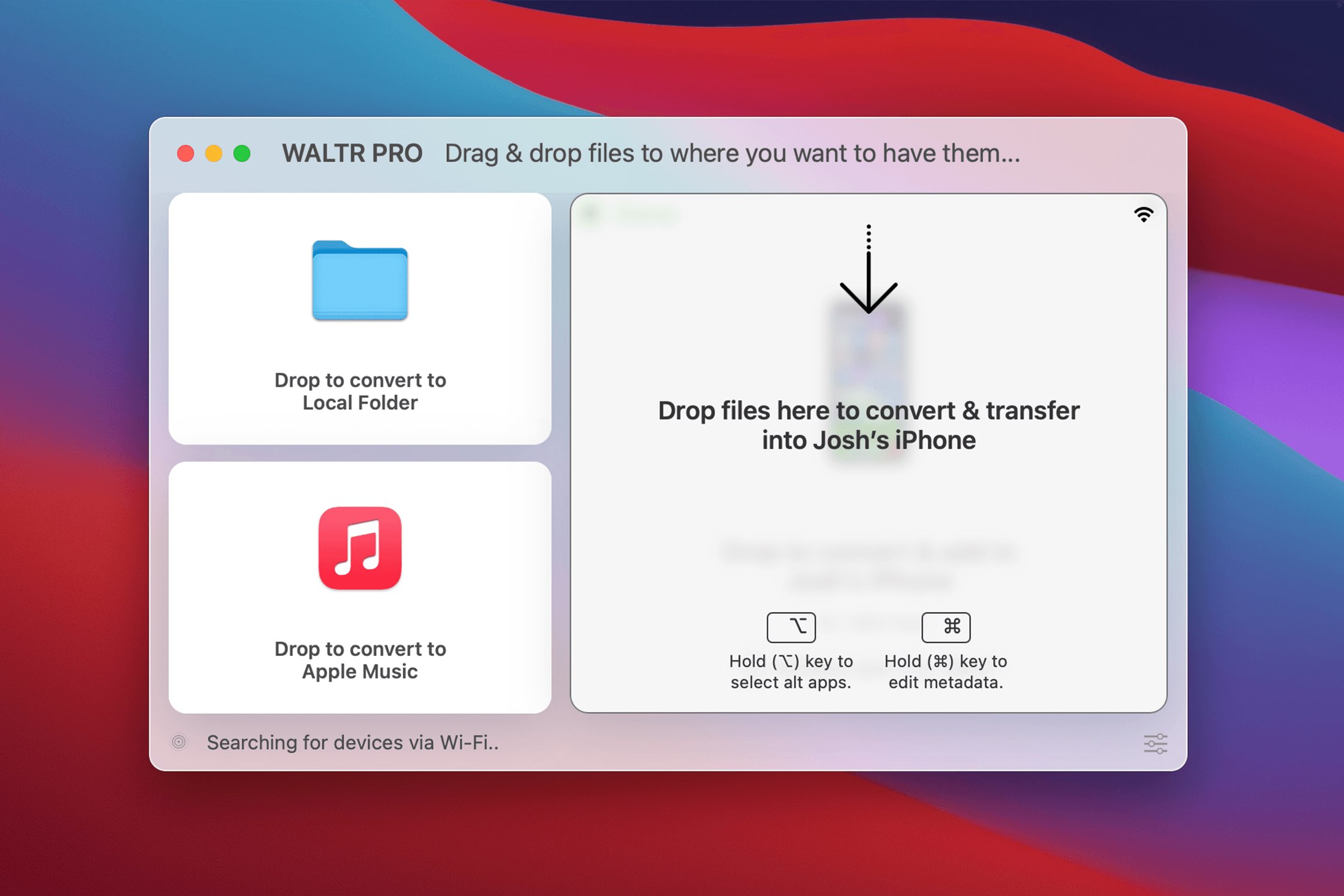 All in all, Waltr Pro makes it a cinch to transfer just about any file into your device as long as you have a third-party iOS/iPadOS app installed that will read it.

Why you should give Waltr Pro a try

Waltr Pro is one of the most versatile, fastest file converters.

It takes the pain out of iOS file control with drag-and-drop simplicity and powerful features. iDB wrote about Waltr before. We’re still using Waltr as our go-to software for frictionless iOS file conversion involving both known and foreign media file types. 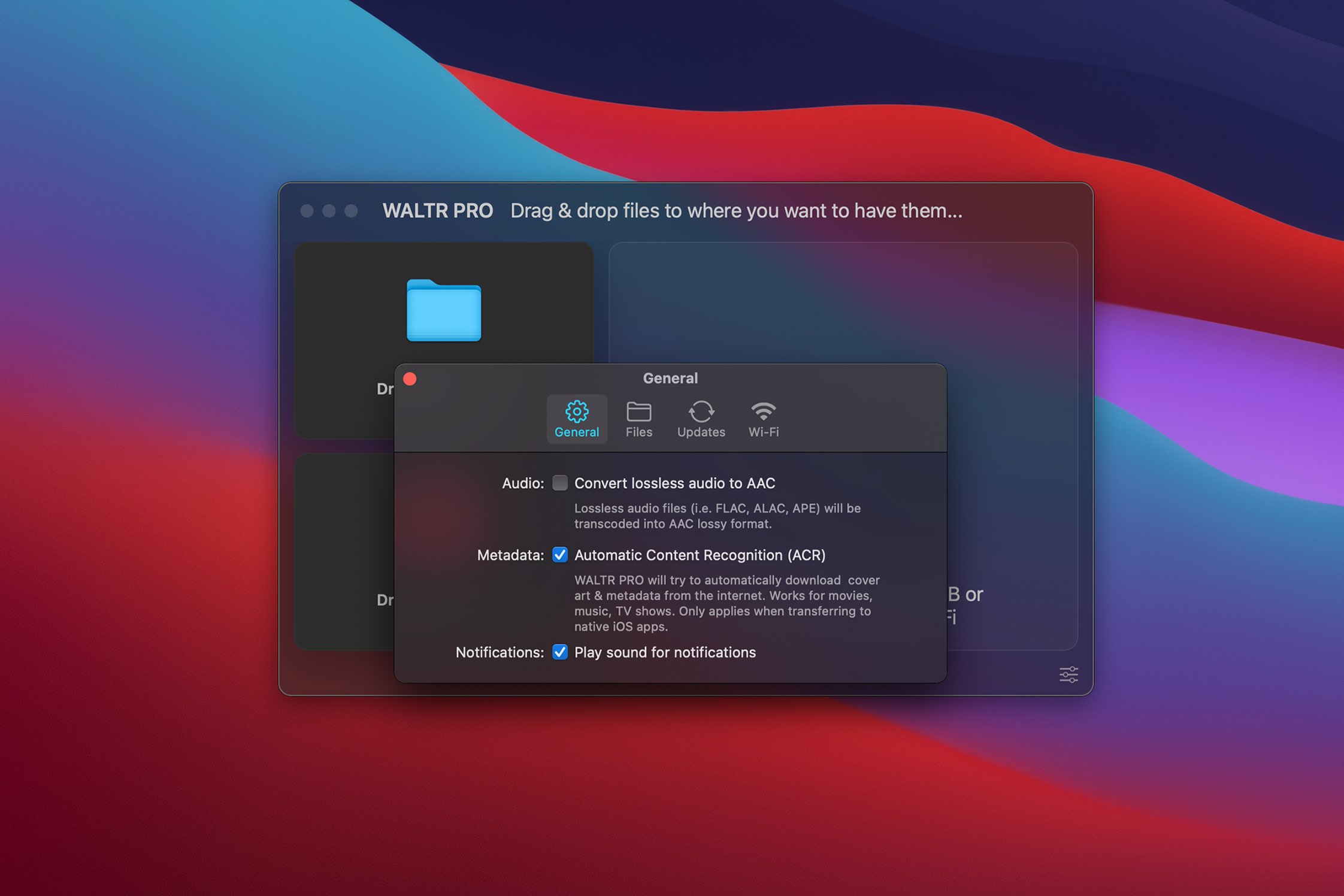 Central to Waltr Pro is its sophisticated transcoding engine that takes full advantage of all the features in your computer’s CPU and GPU, using hardware acceleration to speed up heavy-duty media transcoding operations. And the beauty of it all is that you don’t really have to do anything in particular, nor do you need to know about file types, to use Waltr Pro. 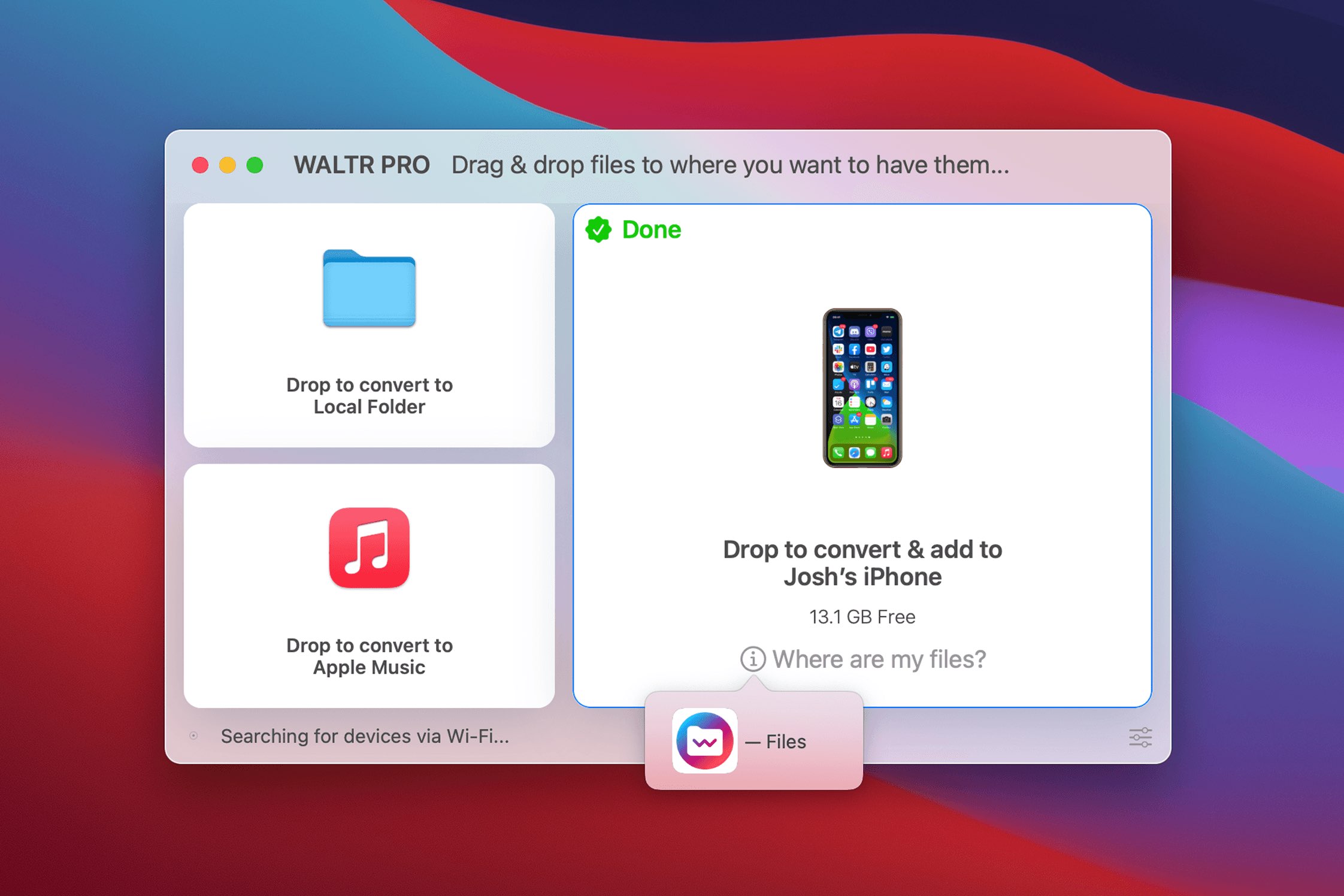 You just connect an iPhone or iPad to your computer via USB and drag and drop files you’d like to transfer to the iOS device. Waltr Pro will automatically transcode any media encoded in foreign file types, like AVI, into iOS-friendly formats.

For further information about Waltr Pro, visit the Softorino website.

Waltr Pro supports every iOS device released, back to the first iPod from 2001.

You can get the full version of Waltr Pro from Softorino in exchange for $30 per year. Aside from the yearly subscription, Waltr Pro is also available as a one-time purchase for $60. A free trial of Waltr Pro is available with file transfer limitations.

You can also download Waltr Pro from the App Store.