There is still a stigma around using a tablet –any tablet– as a tool for taking photos or capturing videos. Even as some app developers aim to release powerful tools to do just that. But one great photographer aims to show that the iPad Pro is still an incredible tool for photographers, even if they aren’t capturing photos with it.

Austin Mann is a photographer that has travelled all over the world to capture fantastic photos of the world around us. Along the way he’s also managed to try out plenty of Apple products ahead of their launch (or right around then). He took some fantastic photos with the iPhone 12 Pro Max, for instance, showing off Apple’s powerful new camera system.

And now he has taken Apple’s new iPad Pro, equipped with the M1 processor, for a spin as well. This is the 12.9-inch model, which is equipped with the mini-LED display Apple calls Liquid Retina XDR. So while Mann’s primary focus is on workflow, using the speed and power of the M1 iPad Pro to sort and cull captured photos, he’s also impressed with the display on the new tablet, too. 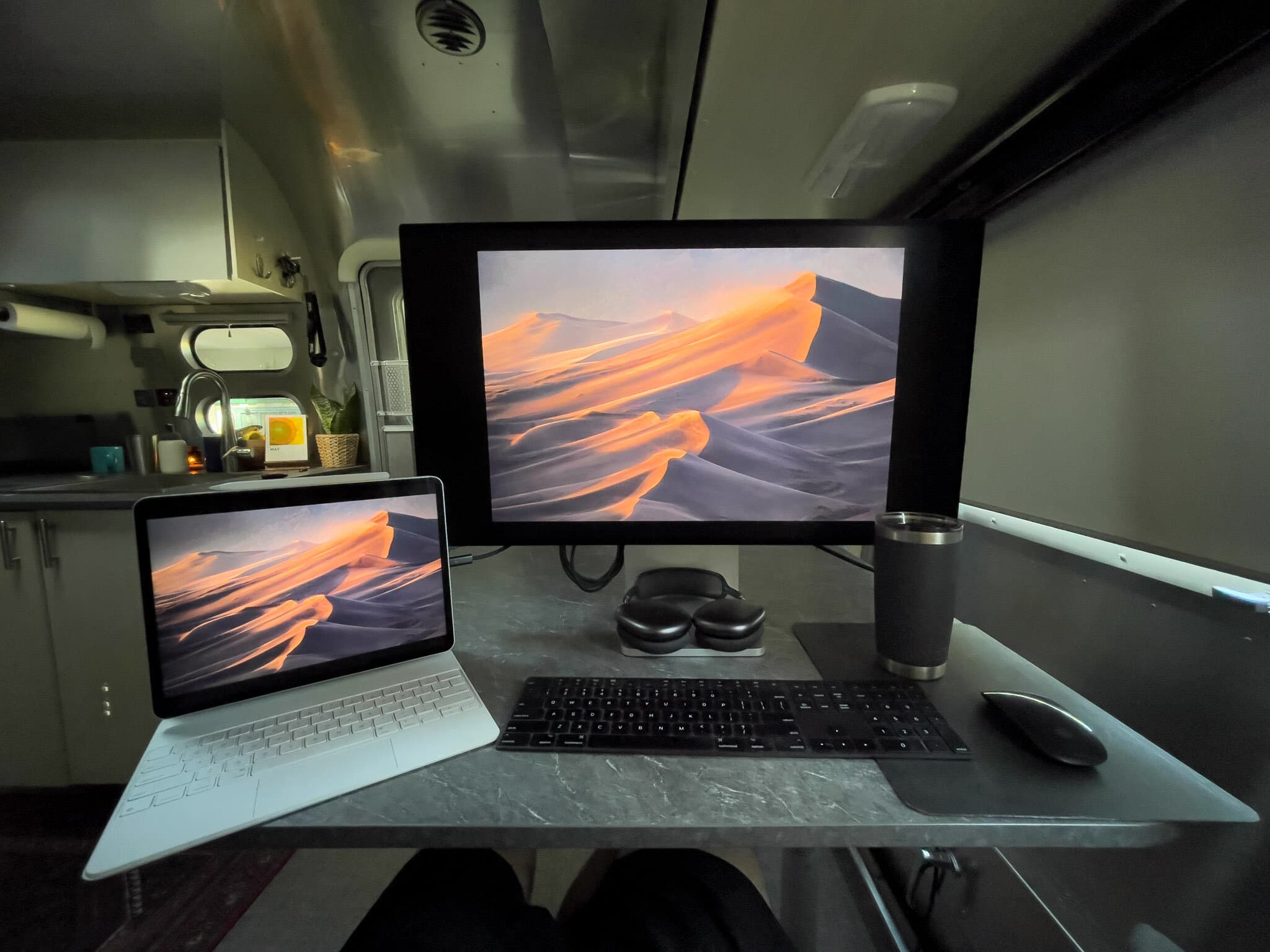 It’s hard to communicate how beautiful this display is. I found it to be very similar to Apple’s Pro Display XDR (which is a lot to live up to). It’s almost identical in color temp and the iPad Pro has slightly more pop in both saturation and contrast.

One thing I’ve always loved about iPad Pro is the ability to “hold” an image. I love to pop the iPad Pro out of its case, pull up a favorite frame in Lightroom, switch to full screen (tap F), and view or share an image this way. It’s so clean and it feels very analog, almost like holding a framed print. Now, with this new display, the whole experience is even more enjoyable.

All in all, Mann is impressed with the new M1 iPad Pro. He has a video embedded in the blog post showing just how great the new tablet is at culling images and handling workflow. As many reviews pointed out, Apple has another hit tablet on its hands, especially as a device that’s meant to handle a lot of work.

However, Mann also has some wishes he’d like Apple to fulfill:

I’d love to see an SD/CFexpress reader built into the iPad Pro (and the MacBook Pro, for that matter). Nine out of ten times I’m plugging in a device, it’s a reader for an SD card. It would speed up and simplify the image review process substantially to have it built in.

I’d also love to be able to connect two external storage devices simultaneously. This way I could mimic my traditional digital workflow and data redundancy strategy (which is critical as a traveling photographer). I tried to do this with a USB-C splitter from Belkin, but it didn’t work. However, when connecting the dual slot SD card reader from ProGrade, I was able to load two SD cards simultaneously.

I’d love to be able to import photos into Lightroom CC in the background. Even with my super fast ProGrade USB-C SD card reader, it takes a few minutes to import a 128 GB SD card and I’m not able to jump into other apps during the import. I’d also really love the ability to stitch panoramas together in Lightroom CC — something I do often while in the field to make sure I have the shot.

Are you expecting to get a new 12.9-inch iPad Pro on Friday?