On a bone stock iPhone, the Messages app sports a plain background — either black when using dark mode or white when using light mode. If you’ve ever craved something with a bit more pizzazz than that, then you’d be out of luck.

Fortunately for jailbreakers, running a bone-stock setup isn’t necessary, and a newly released and free jailbreak tweak named ChatWall by iOS developer Chr1s offers an effective way to change the Messages app’s background to virtually anything you want.

As you’ll see in the screenshot examples below, the wallpaper effect applies to both the conversation list and the conversation itself and unlocks an entirely new dimension of creativity that Apple suppresses by way of a stock iOS installation: 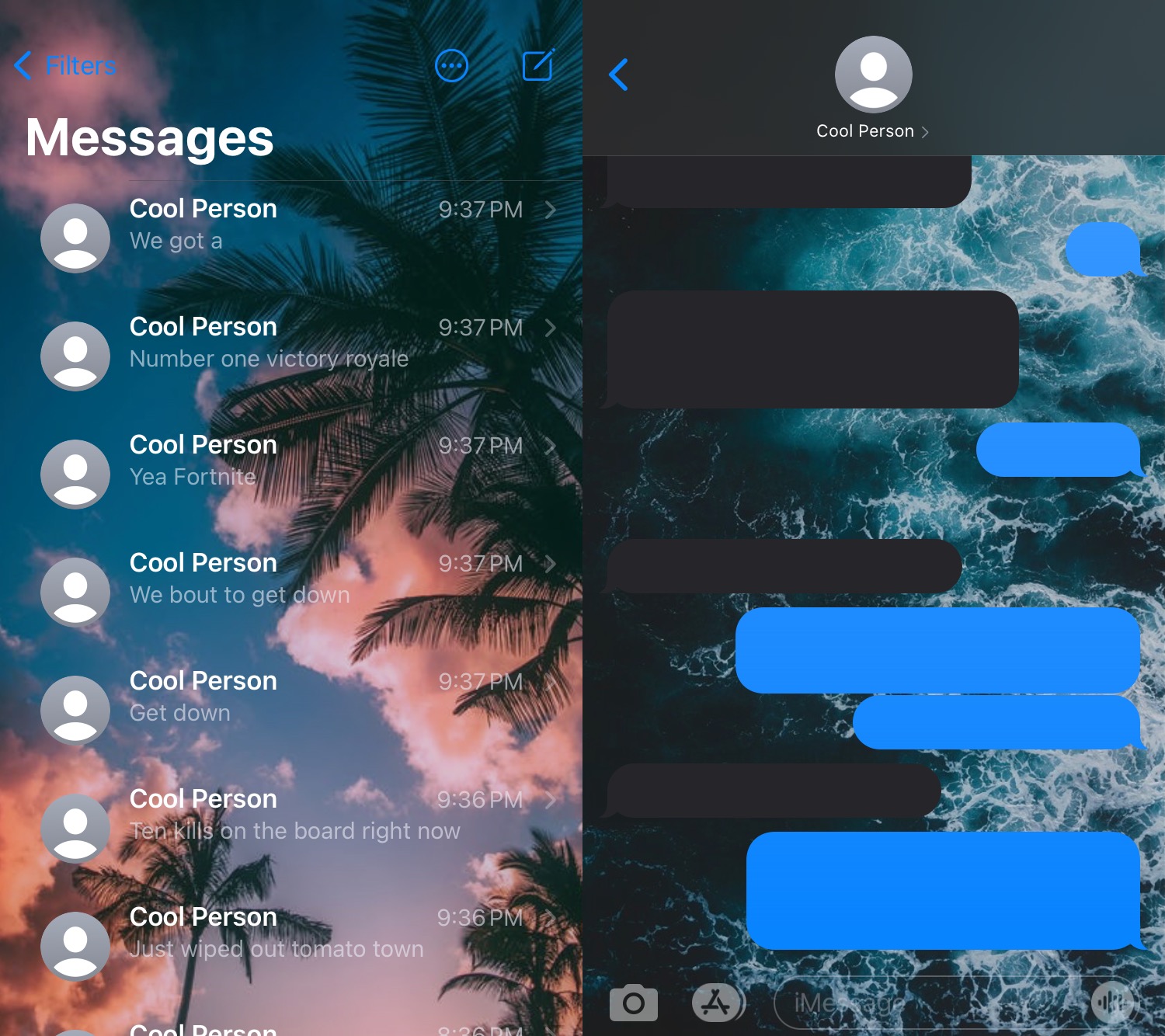 Once installed, ChatWall adds a dedicated preference pane to the Settings app where users can configure the tweak to their liking:

Those interested in giving their Messages app a slick new background can download the new ChatWall tweak for free from the Packix repository via their favorite package manager. The tweak supports jailbroken iOS 14 devices and is open source on the developer’s GitHub page.

How will you customize your iPhone’s Messages app with the new ChatWall tweak? Be sure to let us know in the comments section down below.