Following the launch of checkra1n version 0.12.3, which added official support for A7 and A11 devices running iOS & iPadOS 14.5, Saurik was quick to update Cydia Substrate so that those devices could enjoy reliable tweak injection.

But Cydia Substrate isn’t the only tweak injection method that works on the checkra1n jailbreak. So too does Substitute, and users of this alternative will likely be looking for a similar update. Fortunately for those folks, said update is now available in the form of Substitute version 2.0.11. 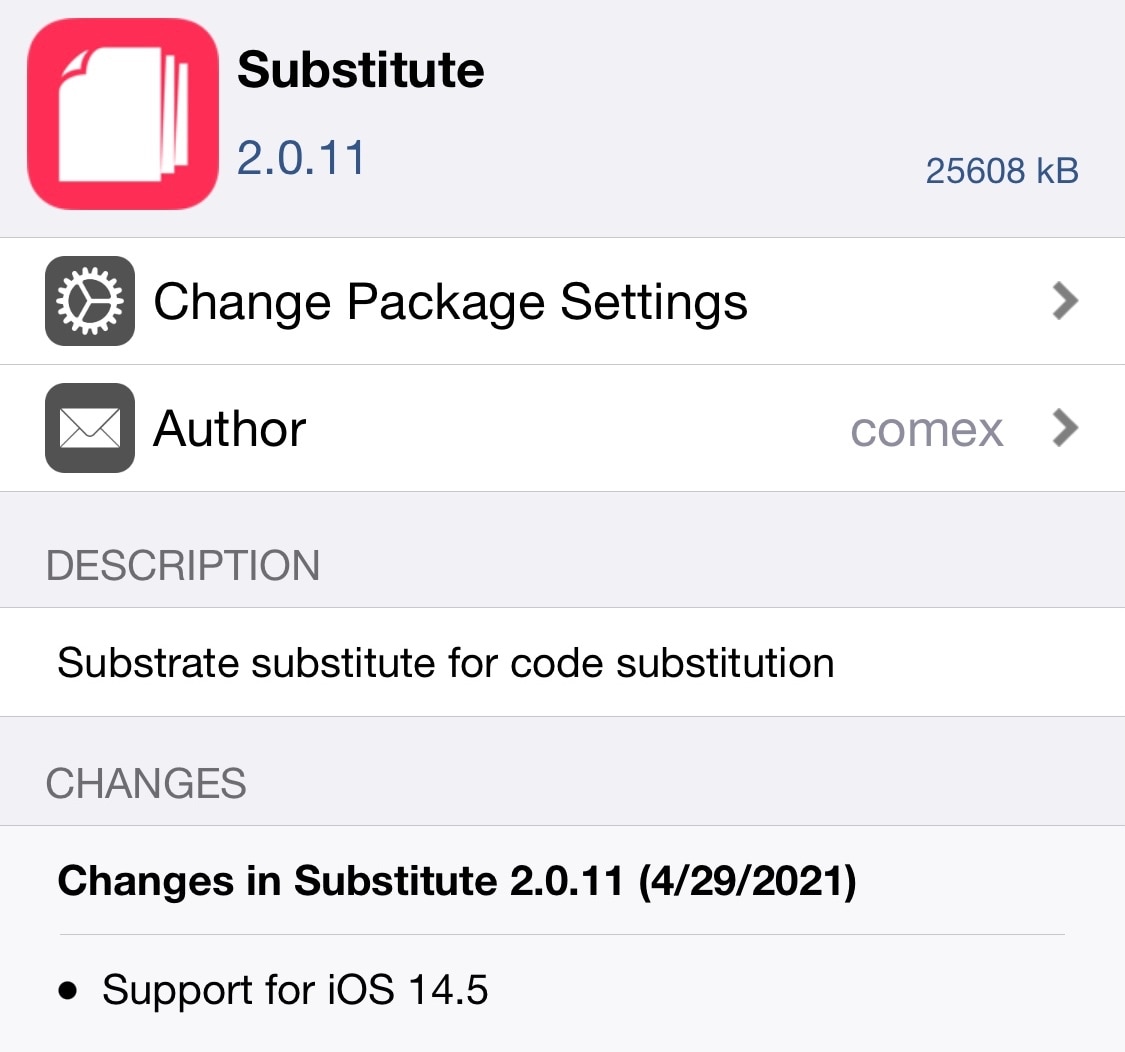 The update is available for both existing users of Substitute on the checkra1n and unc0ver jailbreaks, or for those who are currently using Cydia Substrate and would like to switch to Substitute. It’s worth noting, however, that the unc0ver jailbreak does not currently support iOS or iPadOS 14.5, whereas checkra1n does (on a limited subset of devices, that is).

Given that Apple seems to be tweaking the inner workings of its mobile operating systems with the release of iOS & iPadOS 14.5, this update was likely necessary to address reliability, stability, and usability. With it, users can enjoy peace of mind as they install compatible jailbreak tweaks to improve the looks or behavior of their pwned iPhone or iPad.

The latest version of Substitute can be had from Sam Bingner’s repository, which should be available in Cydia right out of the box on devices that have been jailbroken with checkra1n or unc0ver.

Have you downloaded and installed the latest version of Substitute on your jailbroken handset yet, or are you using another tweak injection method? Be sure to let us know in the comments section down below.