The checkra1n jailbreak tool was updated to version 0.12.3 Thursday afternoon with official support for iOS & iPadOS 14.5 on A7-A11-equipped devices.

Worthy of note, checkra1n users are more likely than any other modern jailbreak user to be taking advantage of Cydia Substrate for tweak injection, so it shouldn’t come as much of a surprise that Cydia Substrate received a similar update on the same day. 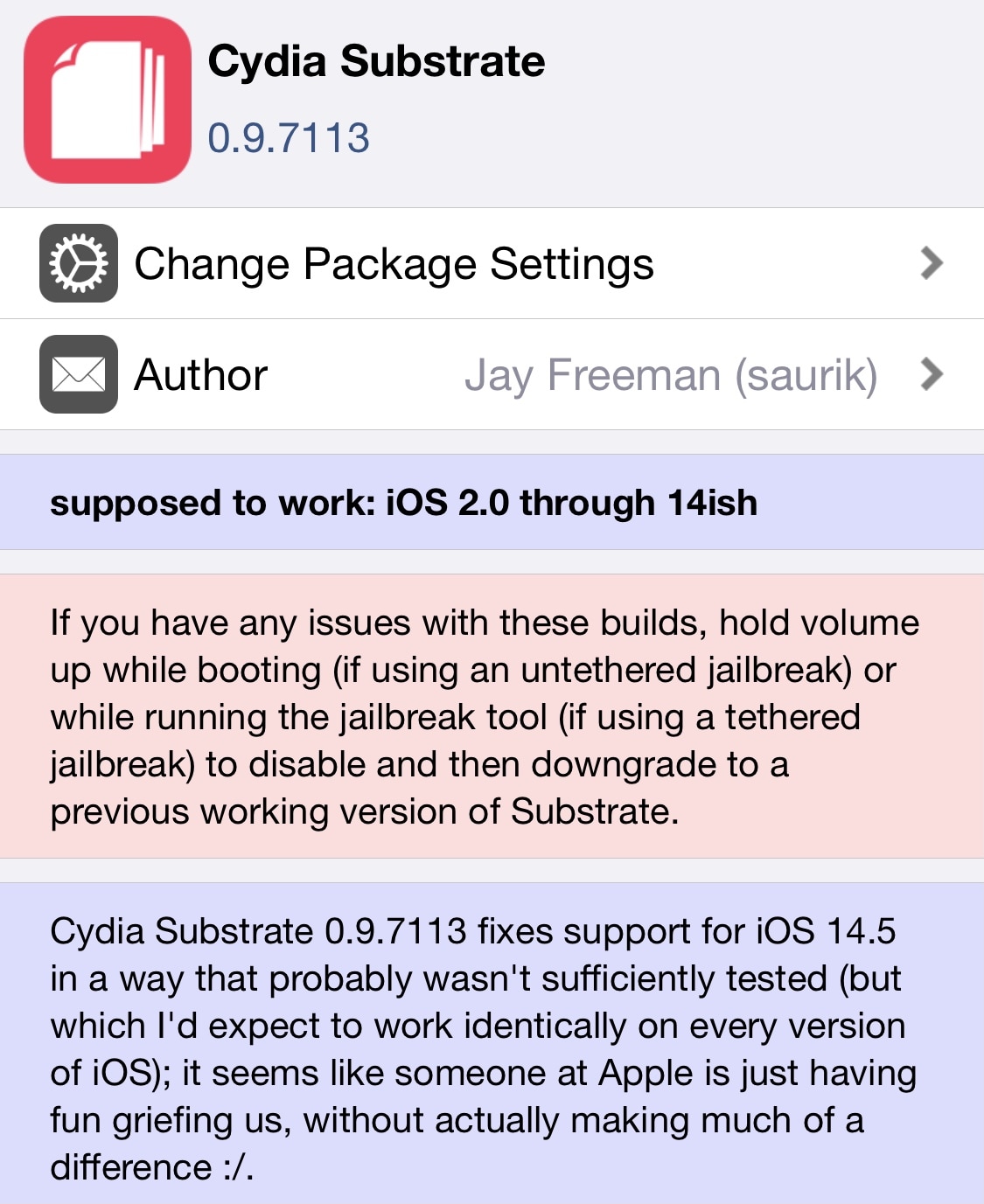 In the change log, Saurik notes that the changes aren’t sufficiently tested, but should ‘work’ for anyone who uses it, regardless of what version of iOS or iPadOS they’re using. Apple appears to be making it more difficult to maintain Cydia Substrate by implementing changes to the operating system that disrupt the flow of the tweak injection method — hence updates like the one released today.

The full spiel below:

Cydia Substrate 0.9.7113 fixes support for iOS 14.5 in a way that probably wasn’t sufficiently tested (but which I’d expect to work identically on every version of iOS); it seems like someone at Apple is just having fun griefing us, without actually making much of a difference :/.

If you’re an existing Cydia Substrate user, then it’s recommended that you download and install the latest version at your earliest convenience. This is especially the case if you’re jailbreaking iOS or iPadOS 14.5 with the new checkra1n update, as it appears to have important fixes pertaining to those users.

Have you downloaded and installed the latest version of Cydia Substrate yet, or does your jailbreak utilize a different tweak injection method? Let us know in the comments section down below.