As you use your iPhone or iPad, especially in a jailbroken state, temporary files will be stored in the file system that take a sometimes discernible bite out of your handset’s storage space. While most users never bat an eye at the fact, many others like to keep this truth in check by proactively deleting unwanted temporary files and app caches to maintain a robust block of free storage space.

DustBuster by iOS developer Plat-Ykor is a new app for jailbroken devices that can help users manage the impact that temporary files have on their handset’s storage. Much like other popular storage-freeing apps such as iCleaner, DustBuster can remove the aforementioned files from your handset with just a tap, allowing you instantly reclaim valuable storage space that you otherwise wouldn’t be afforded to you for other uses.

Once installed, DustBuster adds an app to the Home Screen that you can launch. Upon doing so, you’ll find yourself in the interface below: 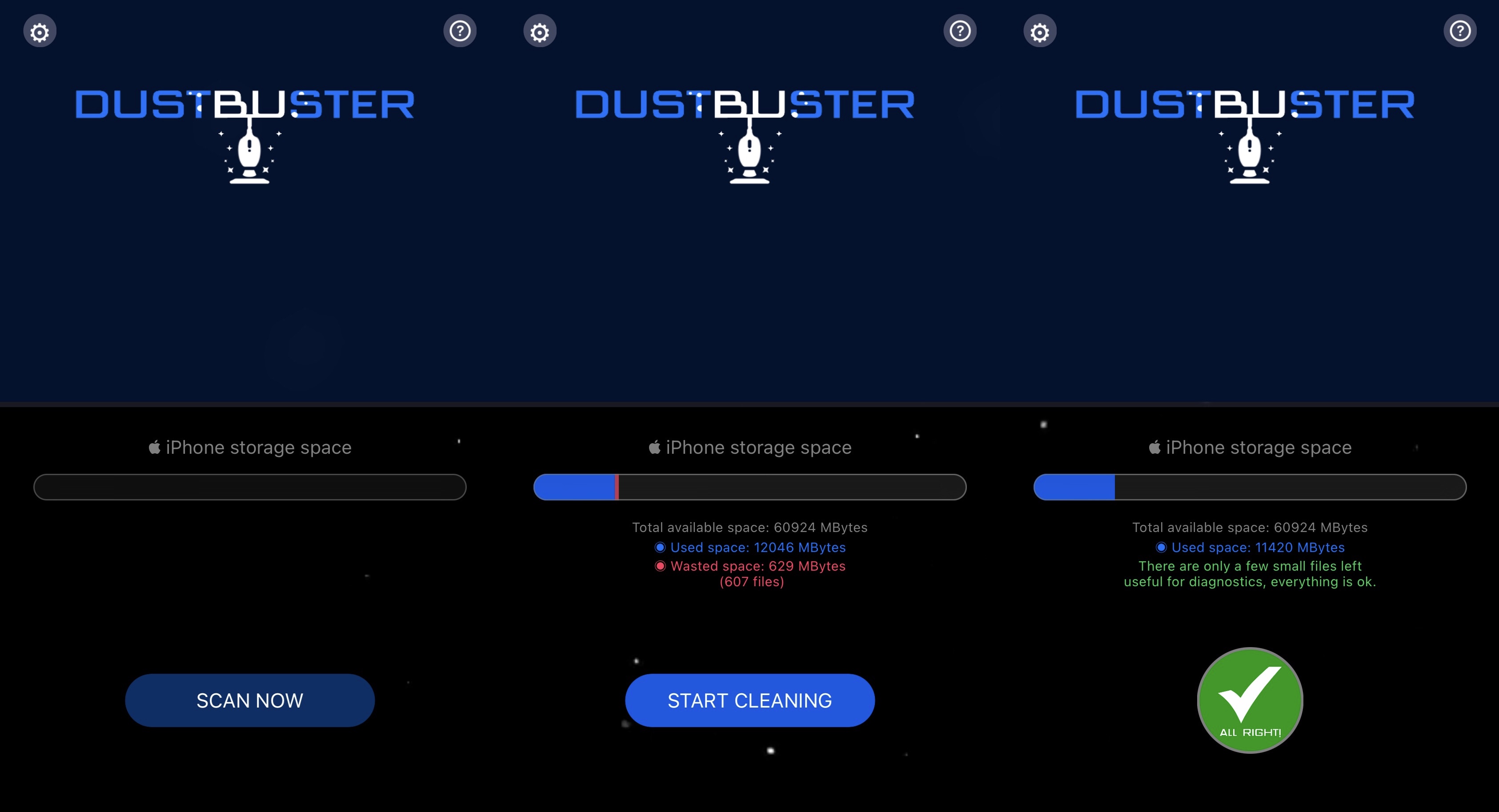 At first, the app doesn’t show anything useful – this is because you need to scan your handset’s storage for temporary files. After doing so, you’ll see something like the second image, which denotes how much of your storage space is being utilized for useful stuff and how much is being wasted on useless stuff.

When you tap on the Start Cleaning button, you’ll see a slick animation in which binary 0’s and 1’s get sucked up into the vacuum in the DustBuster logo at the top of the app; after which, you’ll be asked to respring your device. Although not animated, here’s a screenshot of that very animation taking place: 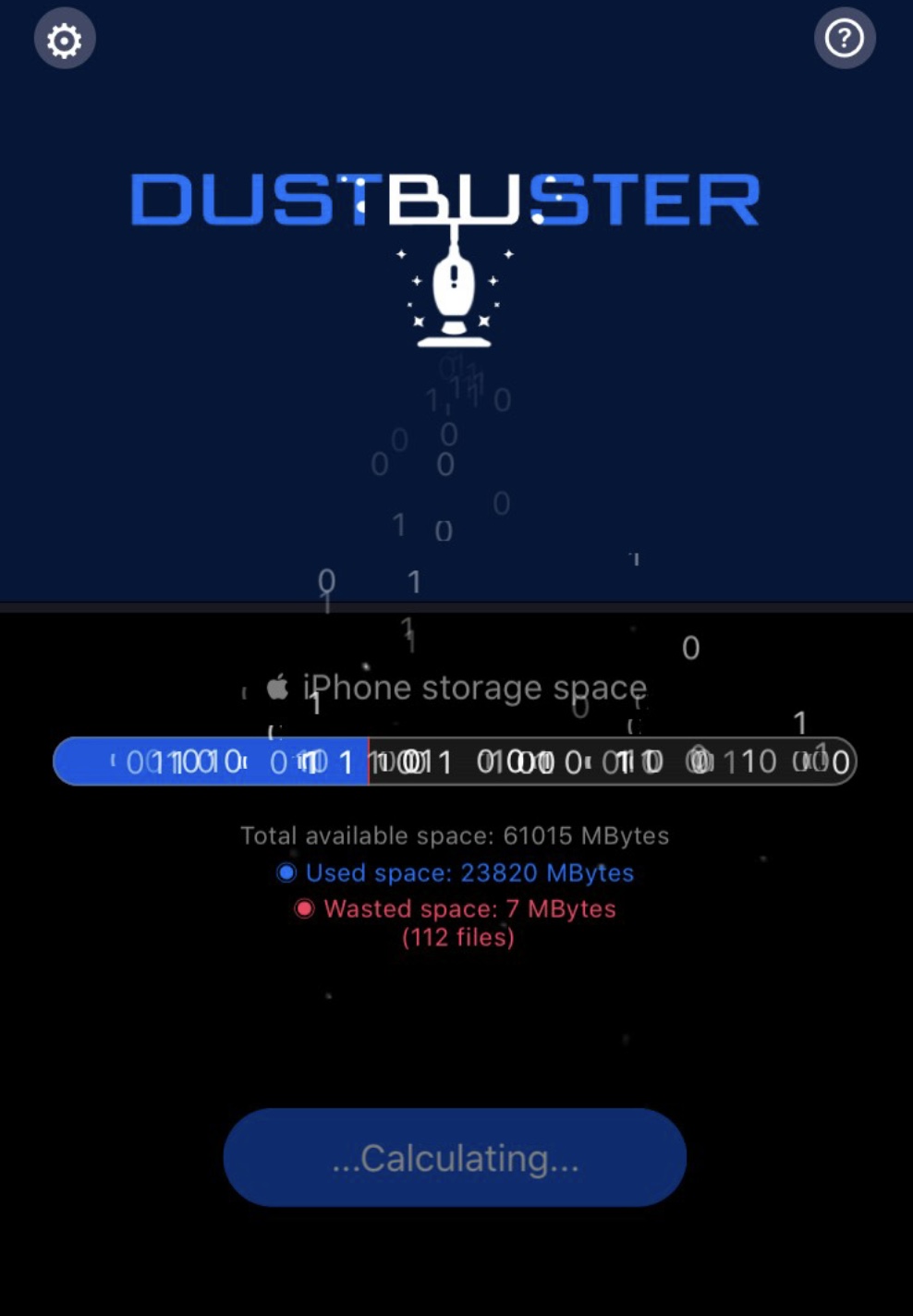 If you open the app again after the respring, the DustBuster app should tell you that “there are only a few small files left,” and it goes on to explain that these can be useful for diagnostics, among other things. In this case, you’re all set.

From what we can gather, this is currently the free version of DustBuster and a paid version is planned for release in the future. This becomes evident when you tap on the Settings button at the top-left, which triggers a pop-up that says options aren’t available in the free version. We can only assume that options will include the types of files that DustBuster will remove, however this is only speculation.

Those interested in giving the new DustBuster app a try can download it for free from the BigBoss repository via their favorite package manager. The tweak supports iOS 13 and 14 devices running various jailbreaks.

Do you plan to keep tabs on your handset’s temporary file storage space usage with the new DustBuster app for pwned iPhones and iPads? Let us know why or why not in the comments section down below.