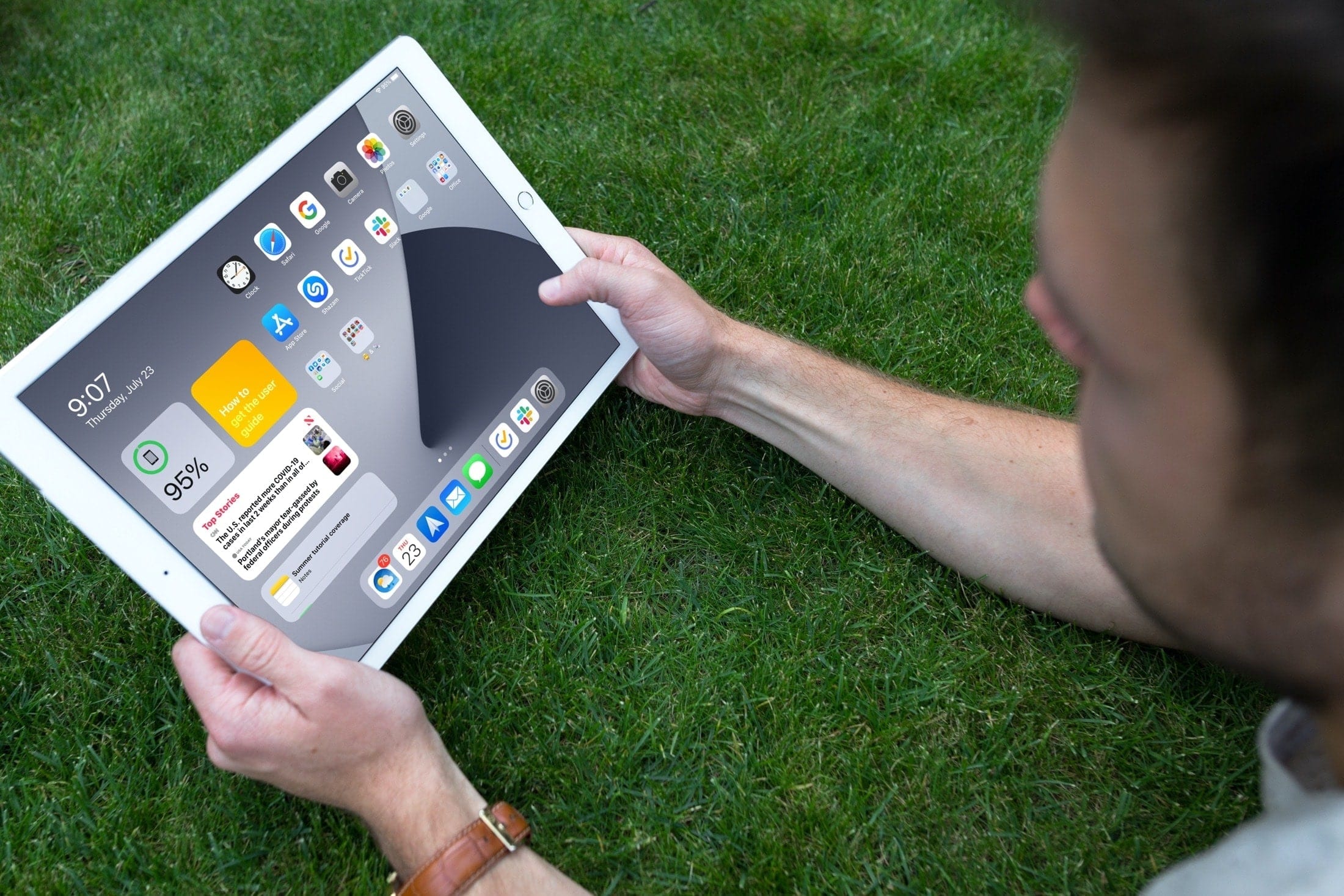 A new report from Bloomberg reporter Mark Gurman says a major revamp of Apple’s mobile operating systems has been in the works, code-named “Sky.” The updates are said to bring a major visual update to the iPad’s Home screen along with other enhancements.

Apple is readying a major revamp of its mobile software that will include an upgrade to how users handle notifications, a redesigned iPad Home screen, an updated Lock screen and additional privacy protections for its flagship devices.

The Home screen redesign will mark “the most significant update” to the iPad’s Home screen since its 2010 debut. As you may have guessed by now, this will include the ability to place widgets anywhere on the Home screen, like on the iPhone.

“Users will also be able to replace the entire app grid with only widgets,” the report adds.

New notification options are coming to the iPhone and iPad with iOS 15 and iPadOS 15, Bloomberg has it. You will be able to set different notification preferences, such as if the phone makes a sound or not, depending on your current status.

The enhancement will come in the form of a new menu that lets users select if they are driving, working, sleeping or custom categories of their choosing. The menu will be shown on the updated Lock screen and in Control Center, the iPhone and iPad’s menu for quickly accessing settings.

Well, that does sound intriguing.

More privacy protections are in the works as well, including a menu that will list all the apps that are silently collecting data about users.

While Apple has increased the privacy of its devices in recent years, thousands of apps have been identified that use special trackers that can collect and share data such as phone numbers and location. The new feature is designed to cut down on that.

iMessage and other tidbits

The company is also working on upgrades to iMessage with the eventual goal of acting as more of a social network and better competing with Facebook’s WhatsApp. Those changes are still early in development and could come later, the people said.

As for macOS, it doesn’t seem like Mac users are in for major visual changes this year because Gurman has called the upcoming macOS 12.0 software “a more minor update to macOS after its redesign last year.”

But when will you be able to enjoy these new features in iOS 15 and iPadOS 15?

Each year around the summer, Apple holds a major pilgrimage for its developers. Known as Worldwide Developers Conference, or WWDC, the event gives developers and fans their first look at the changes coming to Apple’s platforms, with developer betas released after the keynote has wrapped up and public betas arriving a few weeks later.

→ What is the Messages app on the Mac and how do I use it?

This year will be a bit different due to the current pandemic. Similar to last year’s WWDC, the upcoming WWDC21 will be an online-only event featuring a pre-recorded keynote video being streamed for all developers and Apple fans to watch on any device.

This is when Apple will seed the inaugural developer betas of iOS 15, iPadOS 15 and more to its registered developers. Later in the summer, the general public will have a chance to test-drive Apple’s pre-release software. Like every year, the updates will release publicly around the fall in September, just in time for the latest iPhones to hit store shelves.