Apple’s new AirTag tracker is impressive. However, if you plan on getting one and attaching it to something like a set of keys or a backpack, you’re going to need to get a case. Now Apple offers a handful of options, ranging in price from $30 to $450, but we thought it’d be useful to roundup some of the third party options that are available. 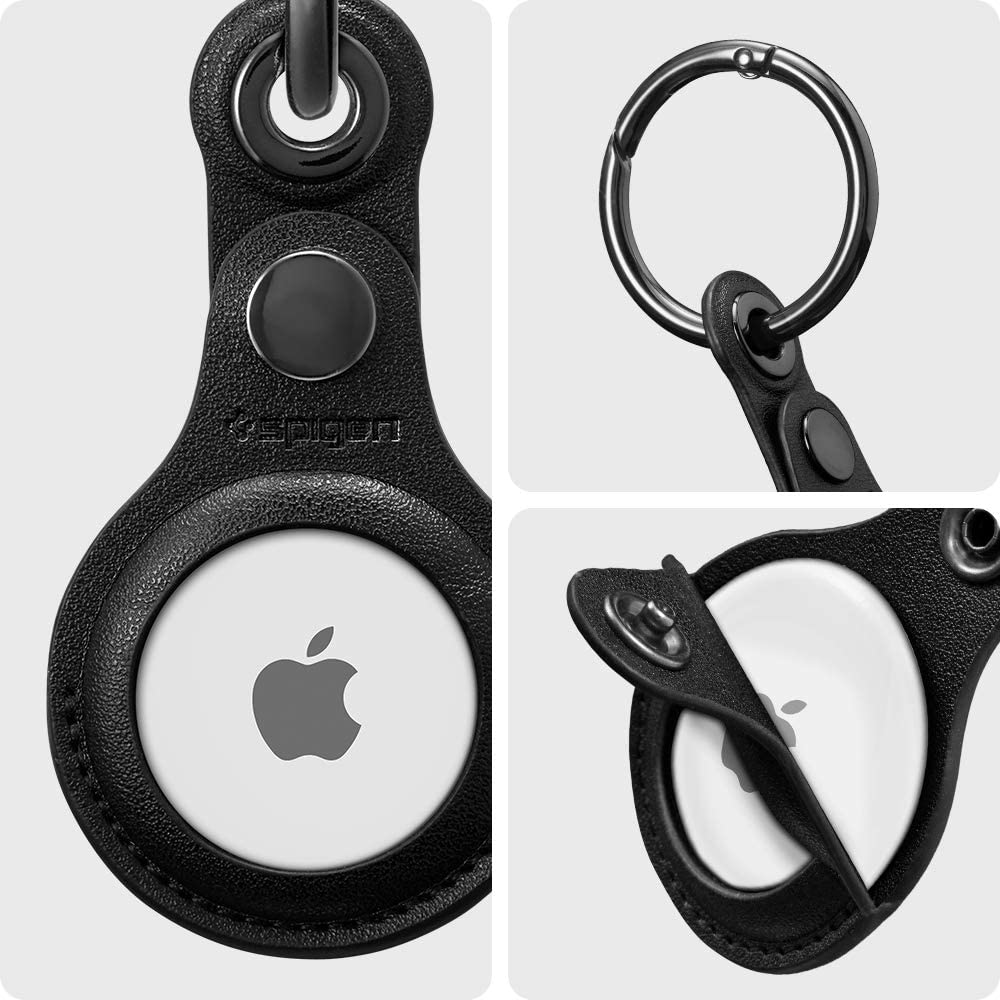 We’re big fans of Spigen iPhone cases and accessories, so naturally their Valentinus Keychain makes the list. There are two noteworthy features about this particular case: it’s open so you can see the Apple logo on your AirTag and the snap button closure. This should make it easy to swap out your AirTag, as well as keep it nice and secure while out and about. 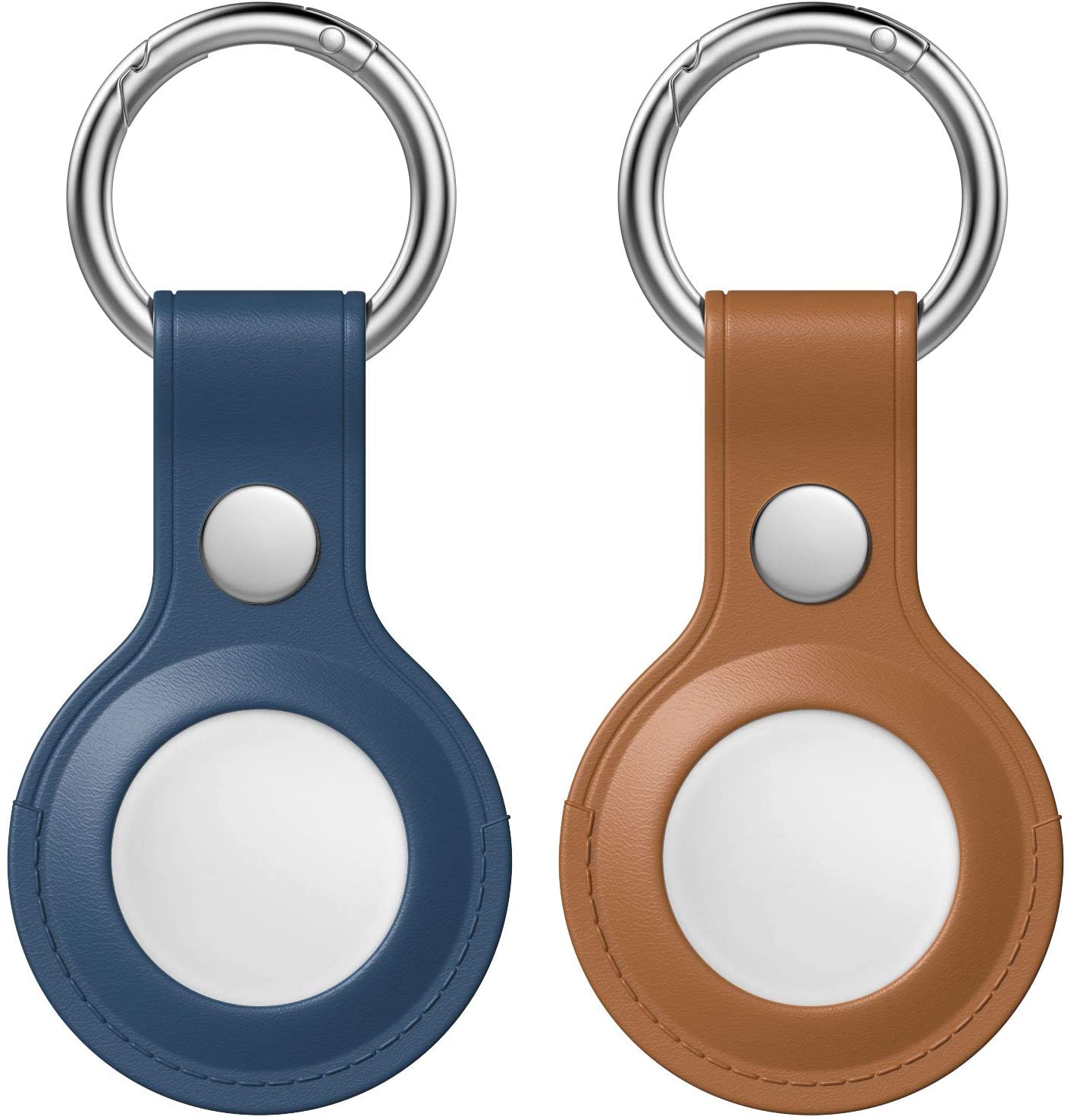 MoKo is also well-known for their slew of mobile accessories, and they were quick on the draw with this AirTag Keychain. It’s made of genuine leather and attaches via a spring-loaded ring clasp. It’s a little less expensive than the Spigen (at time of posting), and is far less conspicuous. You can order it now, and Amazon says they begin shipping on April 24. 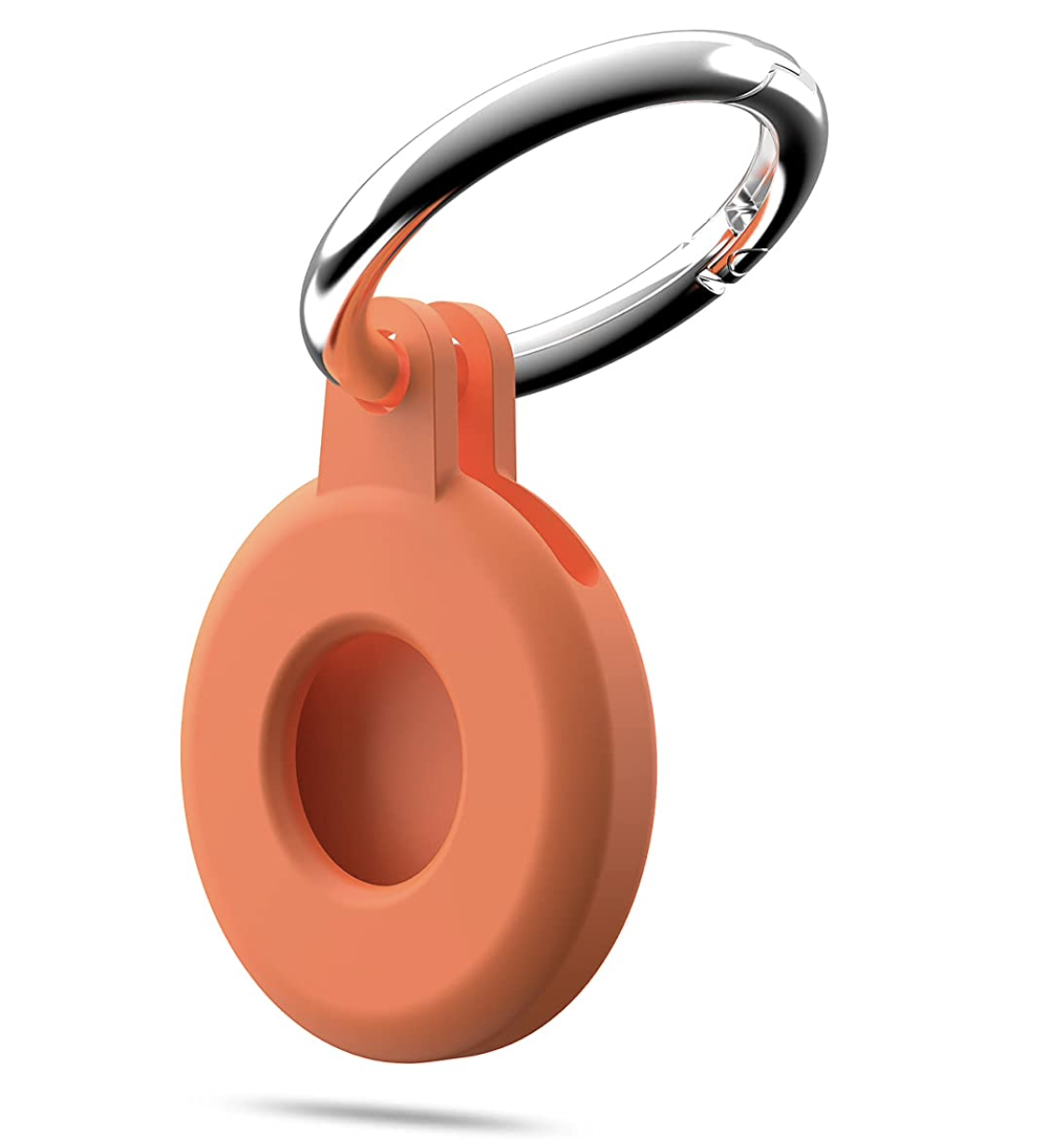 I’ll be honest, I don’t know anything about this brand—in fact it looks like this is their first product. Nevertheless, if you prefer a none-leather case, this looks like a decent option. It’s made of soft, flexible liquid silicon, and it appears to attach via the same spring-loaded ring clasp as those above. Bonus: the case is available in a number of different colorways. 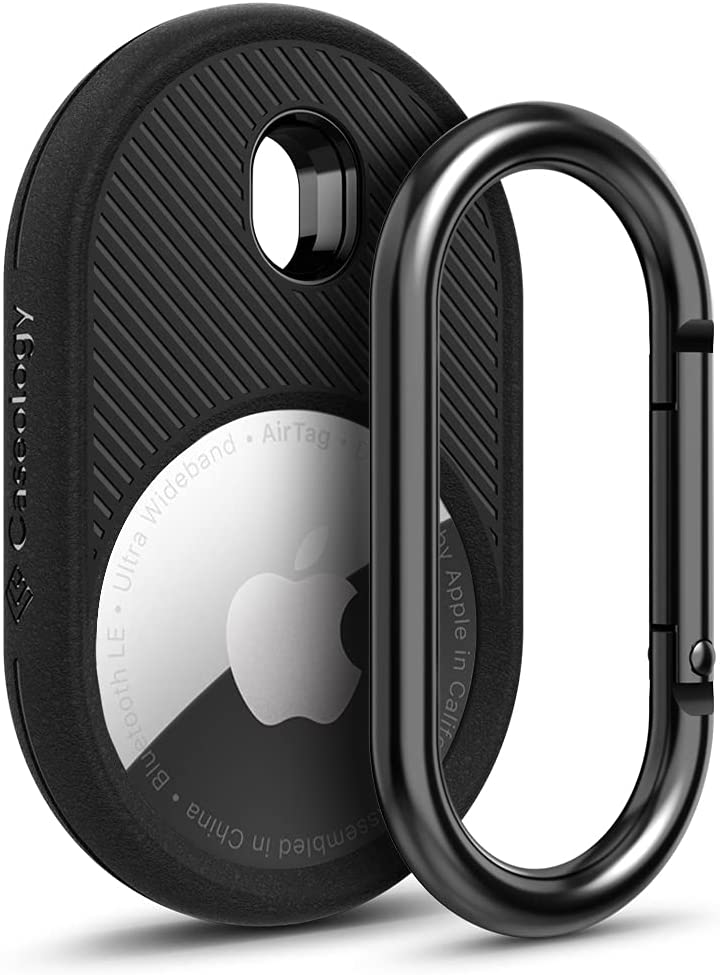 Don’t worry, we have another familiar face: Caseology. Their Vault Case is interesting for a a few reasons: one are its design. It’s made of a tough, durable, sandstone-textured TPU that looks quite a bit different than the above options. It also comes with a full-blown carabiner, instead of just the key ring, which will help you attach your AirTag in more places. 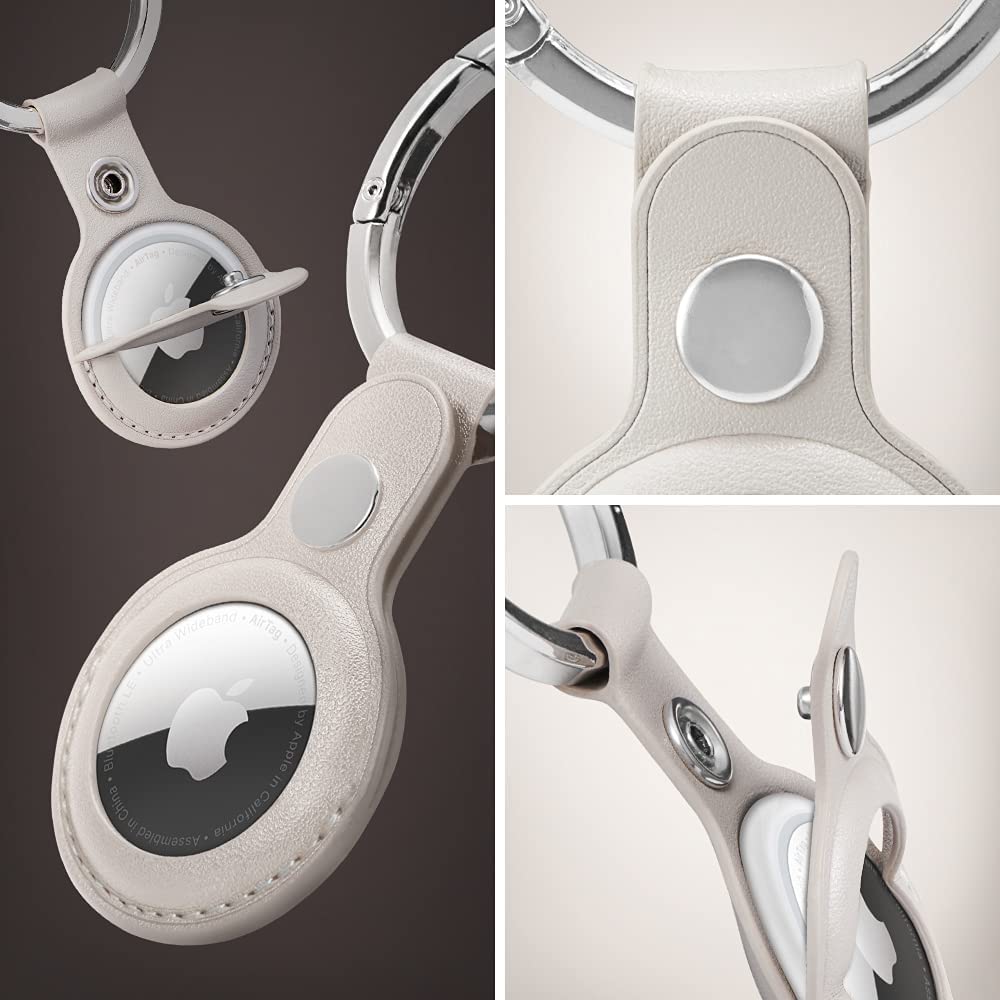 Here is the Cyrill Key Ring Case. For those who aren’t aware, Cyrill is a sister company of Spigen (so is Caseology, for that matter), so there is some sense of reliability there. As for the case itself, it’s made of ‘vegan’ leather and attaches via ring clasp. It’s worth noting that its poor reviews are from buyers who didn’t understand the AirTag doesn’t come with it. 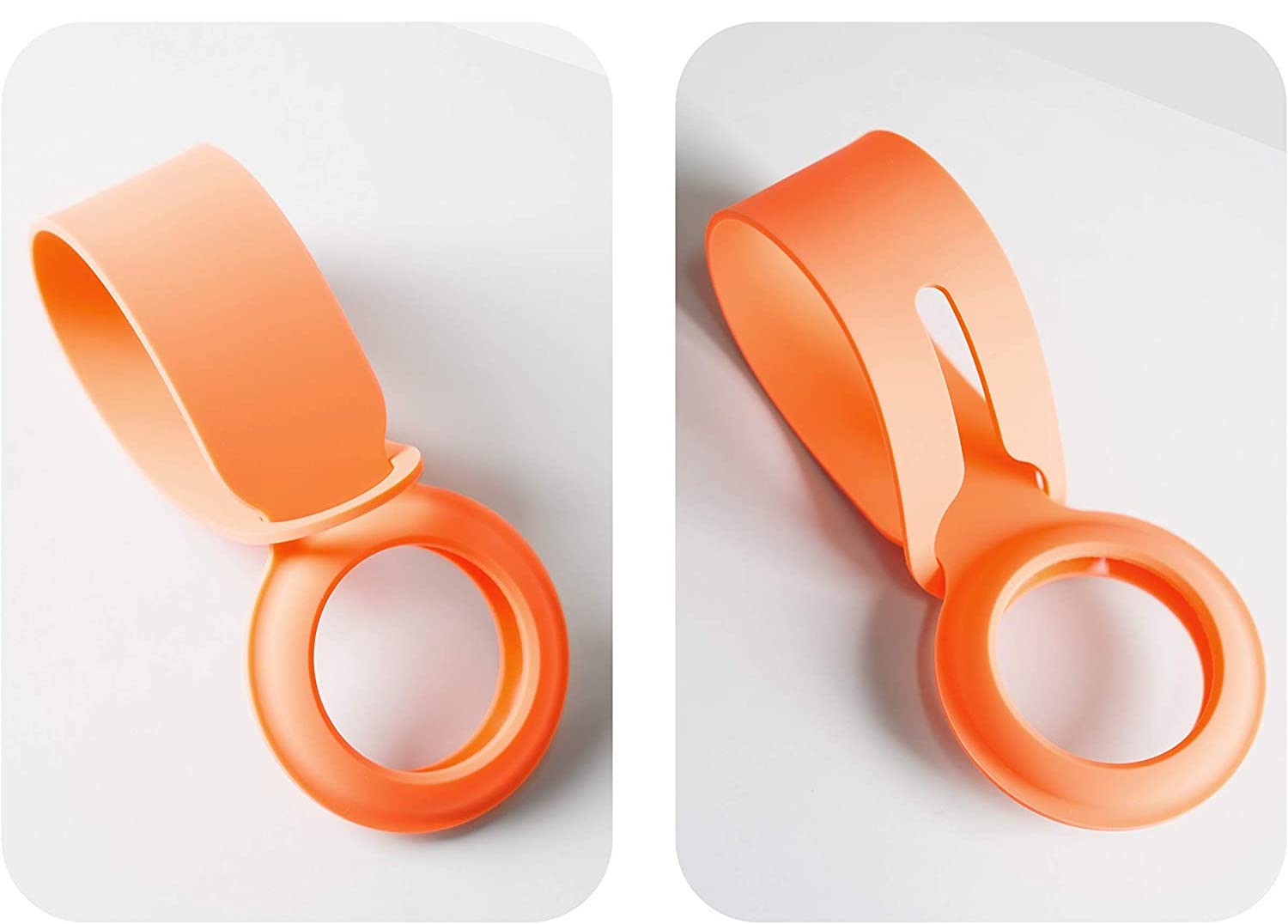 This is a clear ripoff of Apple’s own Silicon Loop, but hey if you like the design and don’t want to pay the $30 premium, it’s an option. I actually really like the attachment mechanism—this seems more secure than the ring clasps you see in the above offerings, and I imagine it’s significantly easier to attach and un-attach it to things. Plus, look at the vibrant colors! 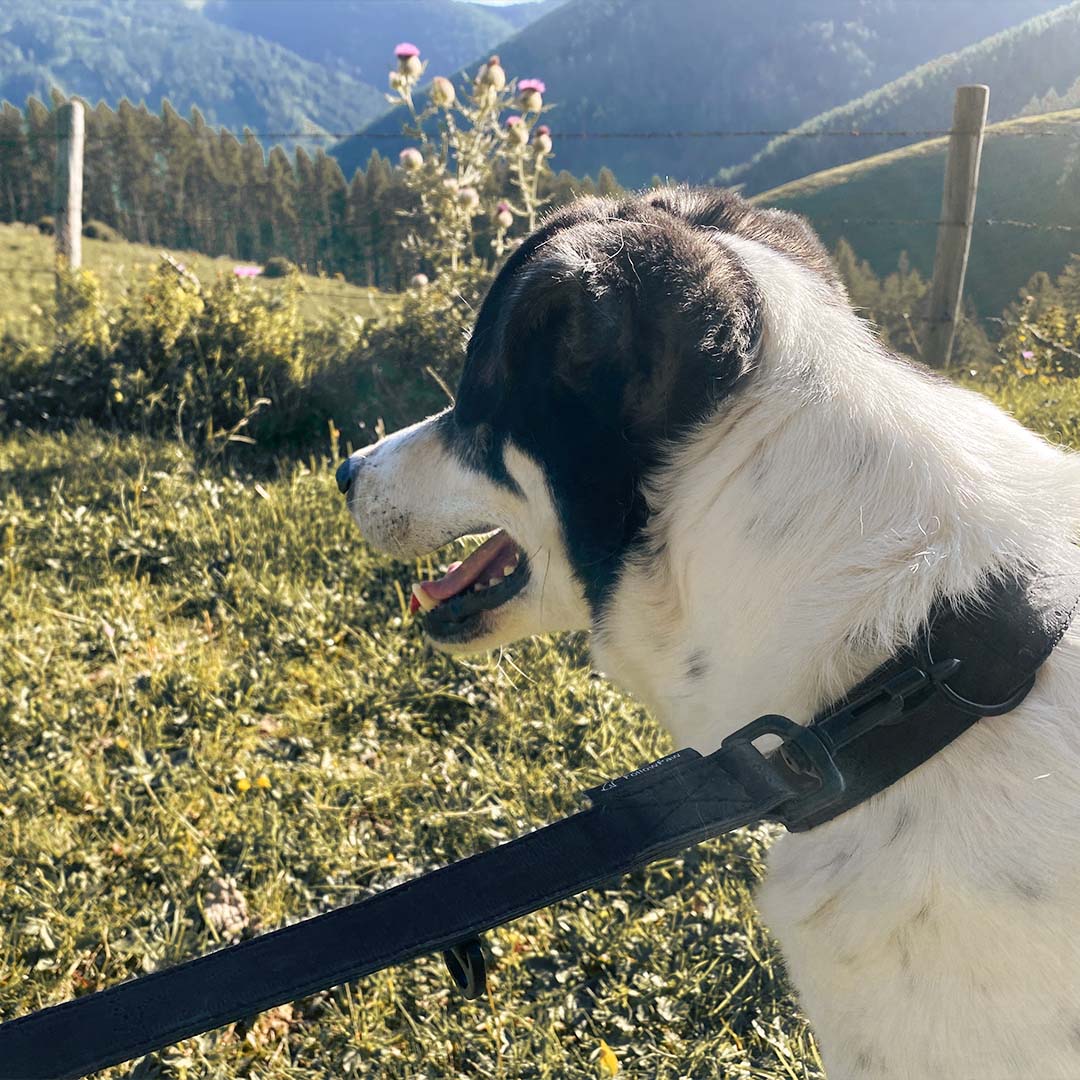 Here is an interesting product for those looking to track their pets with AirTag. It’s a dog collar, by FollowPaw, and it’s made from sustainable cork leather. The cork is water resistant and the collar uses a V-buckle that won’t open during times of intense pressure (like your dog pulling on the leash). And while there isn’t an enclosure on the AirTag pouch, the team assures me it’s tight enough and at an angle where there’s no chance it’ll fall out. 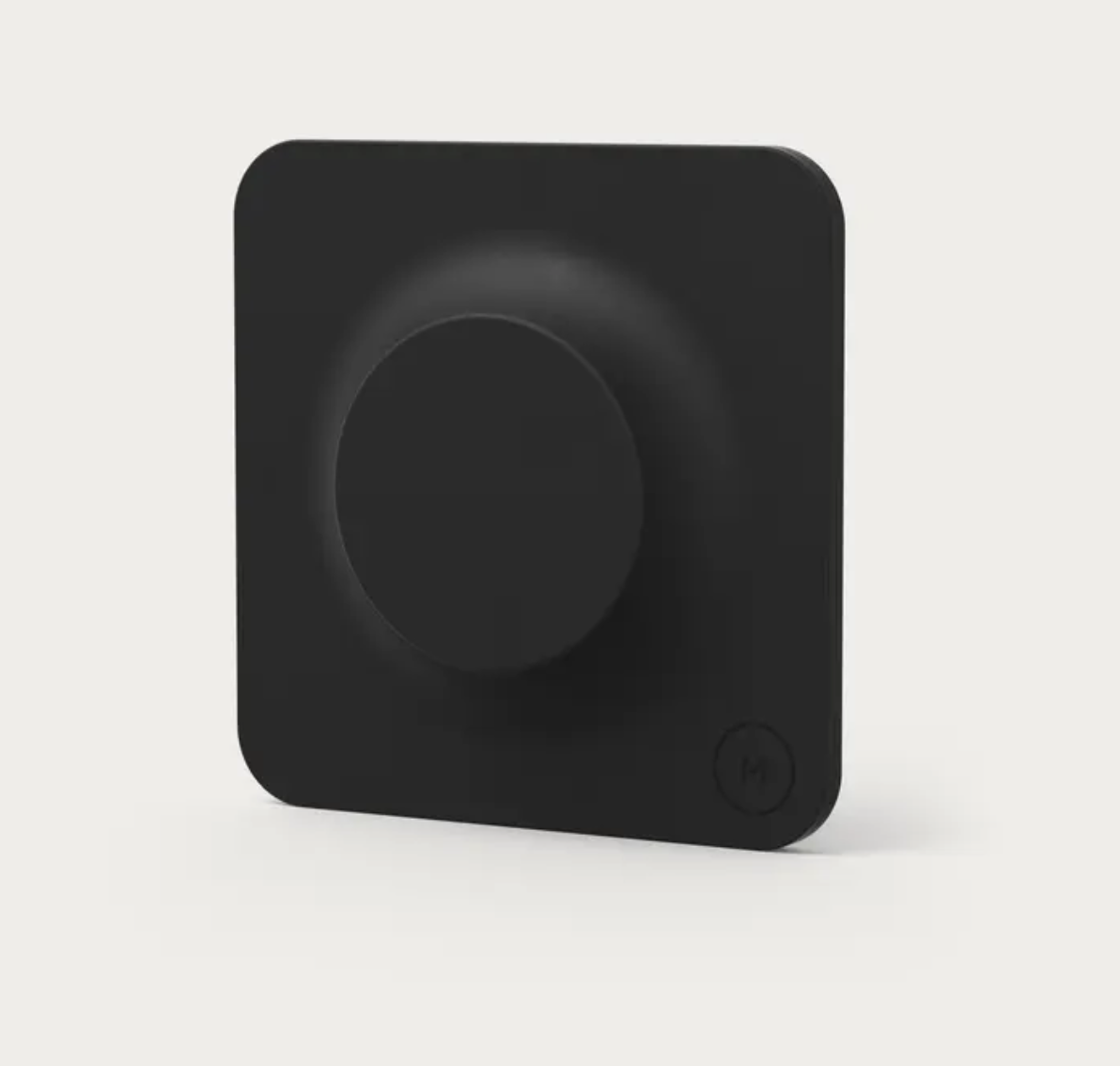 Looking for a different way to attach your AirTag to your gear? The Curved Surface Mount from Nomad is an interesting option. It attaches to virtually any hard surface via adhesive, and once it’s stuck, it forms a watertight seal. Seriously these guys say you can stick it to a kayak, a surf board, etc. Now they aren’t shipping for a while (at the time of publishing it was late July), but you can pre-order now and save your spot in line.