Apple News has a range of sources to surface content on a regular basis. And now it’s getting even more from one of Apple’s other services.

As first reported today by MacStories, Apple is bringing Apple Music editorial content over to Apple News. The goal is to give even more context for the artists and music that people are excited about, offering a range of new content from artist interviews and much more. At the time of publication, the new dedicated channel for Apple Music editorial content within Apple News is live, but the number of articles is sparse at the moment.

The good news, for folks who want to know more about the artists they follow and are generally interested in, is that new content is being added on a regular basis. That means, in no time, there should be plenty of articles to look through and read. 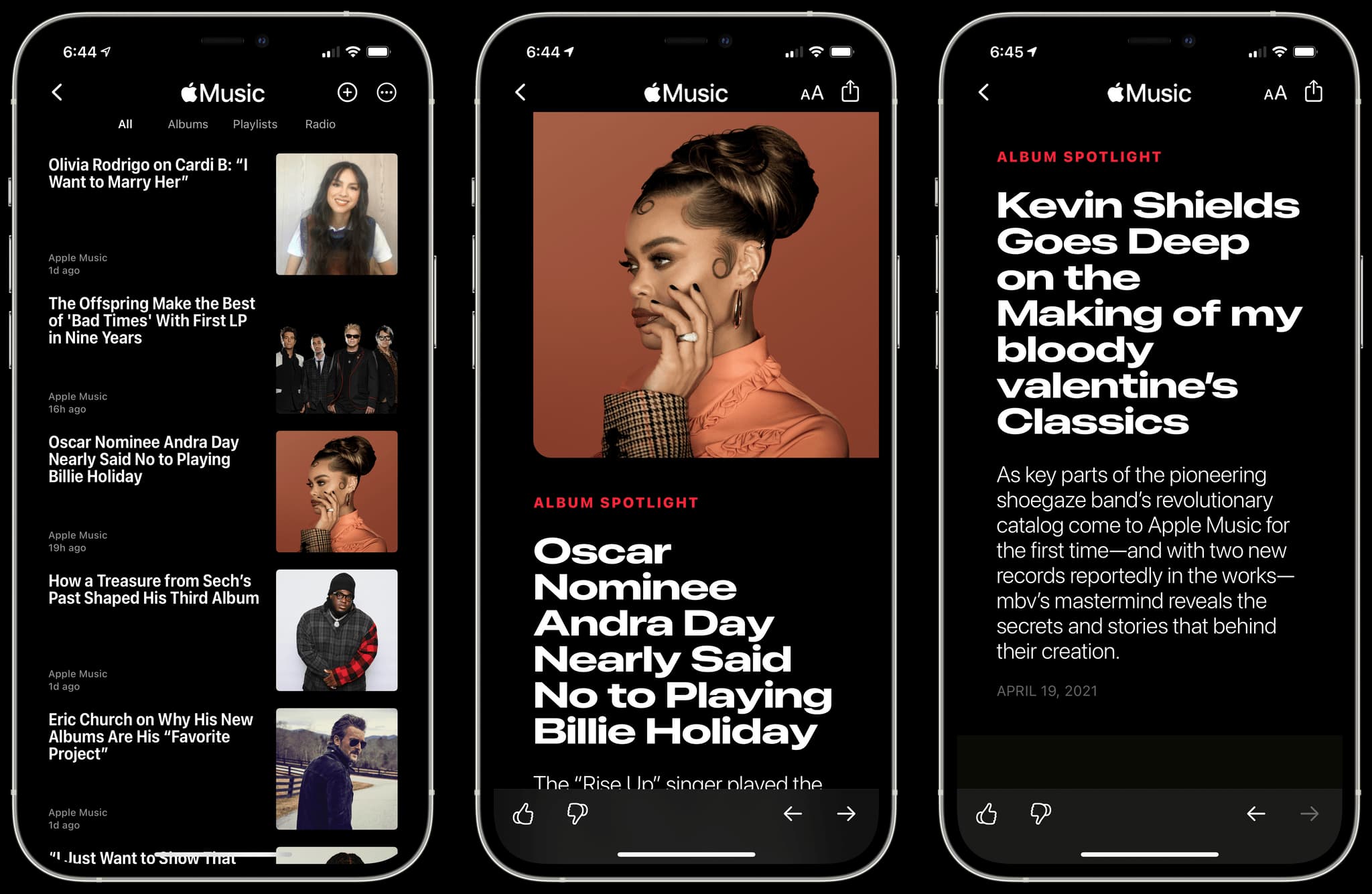 What’s available now are insights into the music industry, and interviews about newly-released albums and/or singles, or what an artist has planned to release in the near future.

Apple doesn’t appear to be highlighting Apple Music editorial content in Apple News quite yet. As such, users will need to actually search within the app to find that content. But, considering how important Apple Music is, and how this could help boost interaction with the service, that will probably change in due time.