Anyone who uses an alarm to get up in the morning should be at least vaguely familiar with the snooze function, which allows you to procrastinate with respect to waking up for a short period of time before the alarm goes off again. The iPhone’s built-in alarm function also provides this feature, albeit not with as much customization as some would like.

Snooze++ is a newly released and free jailbreak tweak by iOS developer arya1106 that changes this for alarm-using jailbreakers. With it, users can optimize each of their individual alarms’ snooze durations directly from iOS’ native Clock app.

As depicted in the screenshot examples below, snooze++ adds a dedicated Edit Snooze button to the alarm composition interface, just underneath the time that you’d like the alarm to fire: 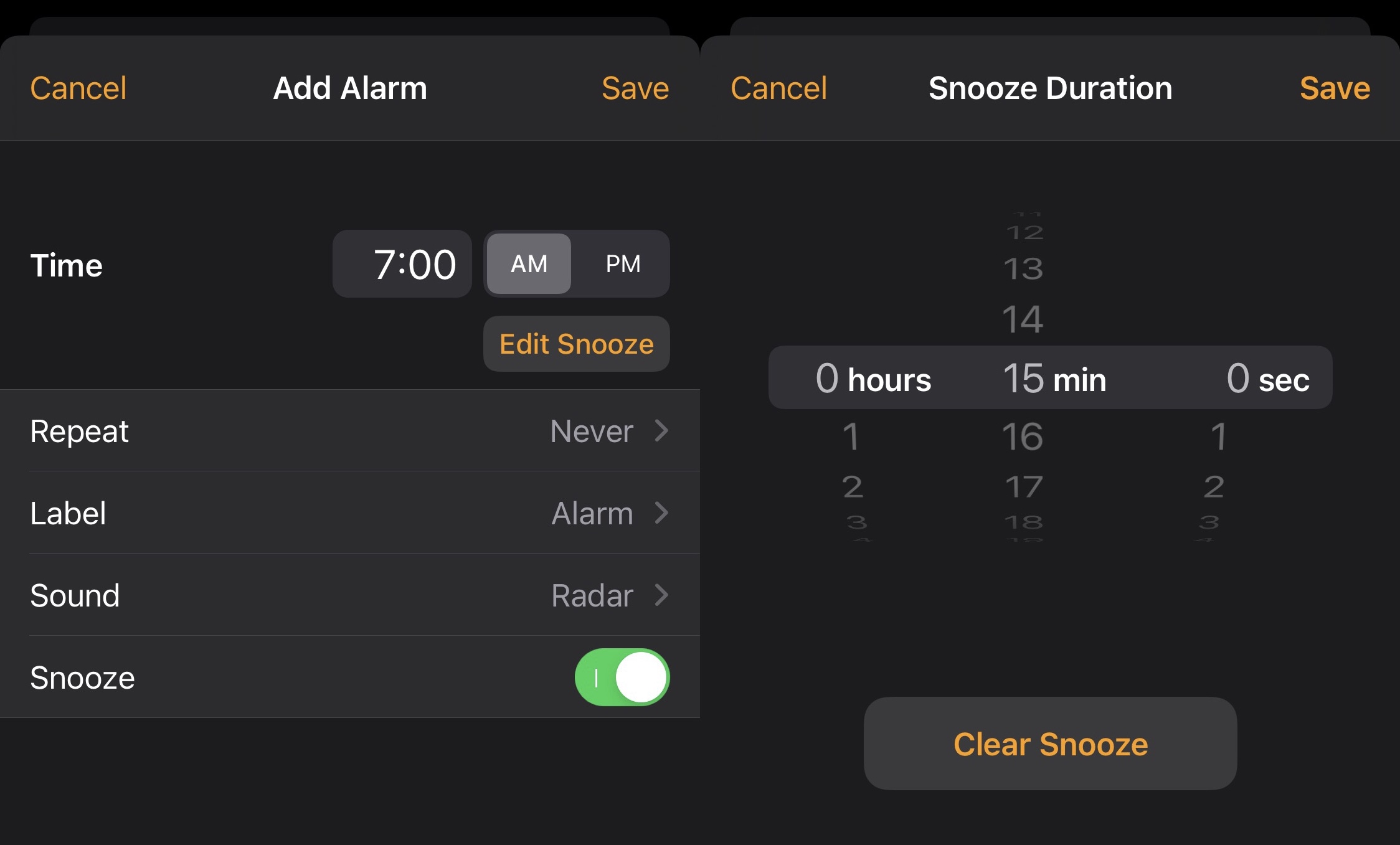 Once tapped, the user can configure how long the snooze duration will be — or how long before the alarm tries to fire again after being snoozed by the user.

Just as you’d come to expect, iOS displays a notification banner on the Lock Screen when the alarm is being snoozed to help the user discern how much longer they have before the alarm fires again.

Apart from the additional options added to the Clock app alarm composition interface, snooze++ doesn’t have any options to configure. We especially like that the tweak integrates so seamlessly with the native Clock app, and we think users will too.

Those interested in giving the new snooze++ tweak a try can download it for free from arya1106’s personal repository via their favorite package manager. The tweak supports jailbroken iOS 14 devices and is open source on the developer’s GitHub page for anyone interested in learning more about how it works under the hood.

Those who aren’t already using arya1106’s personal repository can add it to their package manager of choice with the following URL:

Do you have any plans to augment your iPhone’s alarm feature with the new snooze++ tweak? Tell us why or why not in the comments section down below.