Search is pretty straightforward, or at least it should be. But as more items are added to something, like a digital storefront where there can be a lot of the “same” product, it can sometimes be exceptionally frustrating, too. It looks like Apple is trying to help, at least a little.

Update (04/29/2021): More than two weeks later and this feature has finally launched in the App Store. For those who open the digital storefront, the new tags should be available to help refine your search.

According to a report from MacRumors, Apple is testing a new tags feature within the App Store. The goal appears to be refining searches, making them more contextual. Folks on Twitter have been noticing it for a few weeks now, but it doesn’t seem to be a widespread feature just yet.

According to those who have been seeing the new tags, they will populate when doing a search. This gives the user the ability to refine their search. For example, typing in “Photos” and searching for that within the App Store will populate tags like “collage” or “storage” or “editor”. Basically, giving a more refined tool to find what you’re looking for. 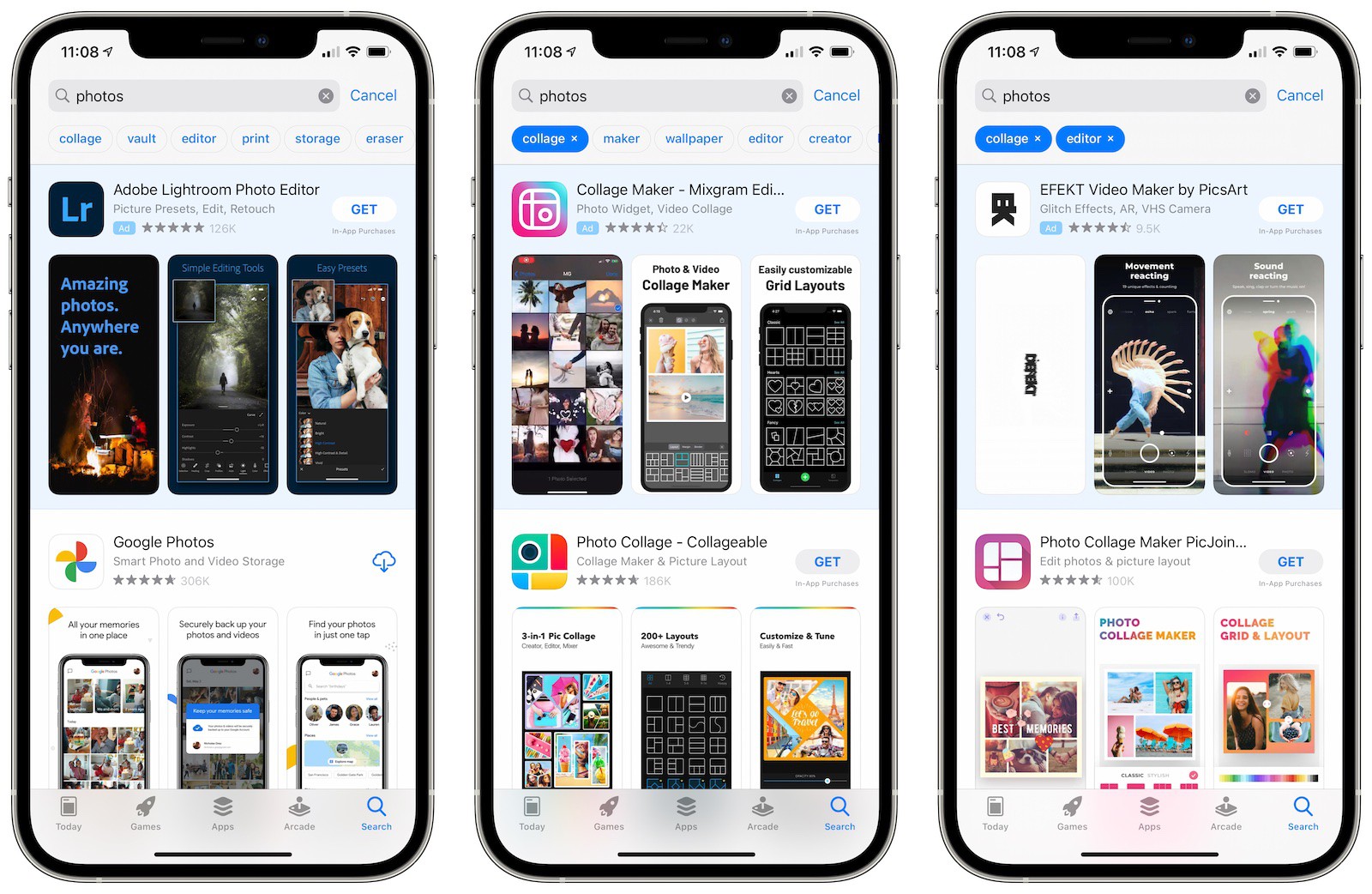 The test appears to be limited in the United States for now. What’s more, the majority of users seeing the tags appear to be running a beta version of iOS 14.5, which Apple is currently in the process of testing. However, at least one person running iOS 14.4.2 says they have seen the new tags in the App Store as well. So it may be expanding slowly.

It’s possible this new App Store feature will go live when iOS 14.5 does. If that is the case, we’ll see it go live for all users in the near future.