One of the small details that I appreciate about my iPhone’s Home Screen is the fact that the Clock app’s icon has been animated with moving hands (seconds, minutes, and hours) to display the correct time in real time. But it’s still strange to me that Apple only provides an analog option.

With a newly released and free jailbreak tweak called DigitalClock by iOS developer Chr1s, you can replace the Clock app’s animated analog clock Home Screen icon with a digital clock alternative. Additionally, the tweak comes with a plethora of different options for customizing the appearance.

In the before (left) and after (right) screenshot examples below, you’ll see just what DigitalClock sets out to do:

Once installed, users will find a dedicated preference pane in the Settings app where they can configure DigitalClock to their liking: 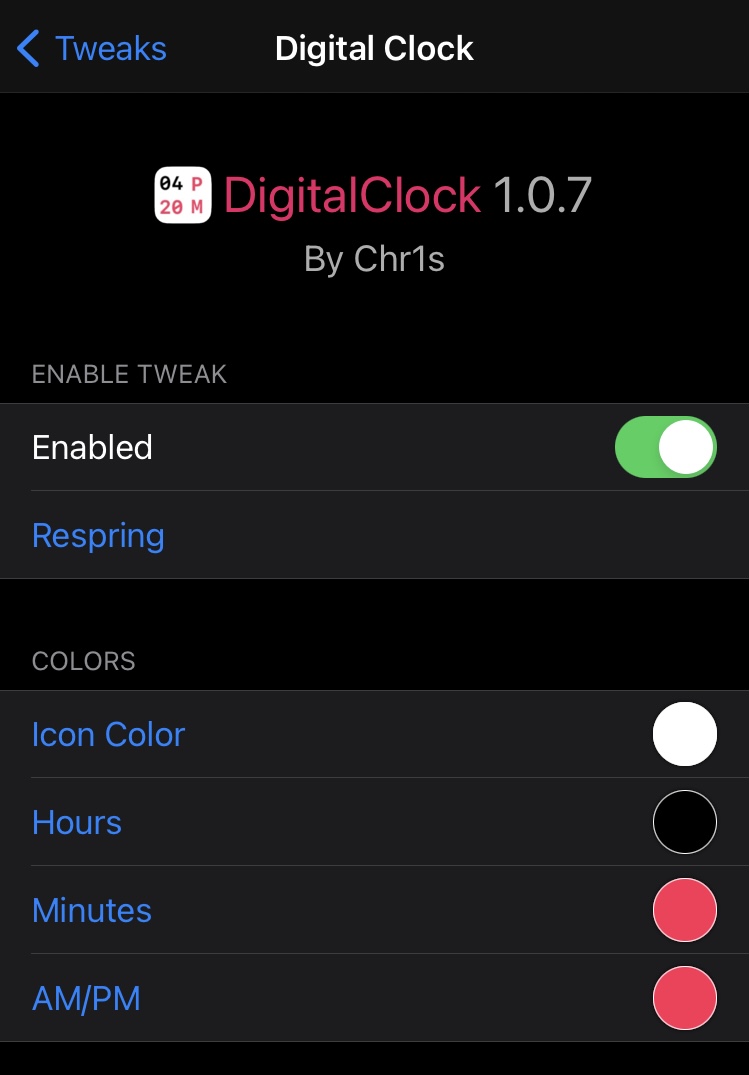 Given that the Status Bar already displays the time in digital format on the Home Screen, the idea does seem a little bit redundant to me, especially since the analog format was always intended to be a novelty more-so than being used for actually telling the time. That aside, I like the idea of having a choice to switch to digital, especially given the surprising number of people that don’t know how to read an analog clock.

Those interested in trying the new DigitalClock tweak can download it for free from the Packix repository via their favorite package manager. The tweak supports jailbroken iOS 14 devices.

Do you prefer an analog or digital animated Clock app icon on your Home Screen? Let us know in the comments section down below.