Earlier this month, Disney announced “MagicMobile”, a new, contactless way to experience the Disney World park (and resort). And now the new feature has officially launched.

Disney’s announcement today confirms that MagicMobile is only available for Apple’s iPhone and Apple Watch at the time of launch. However, the company says that support for “other smart devices” will roll out at some point in the future. For now, though, if you want to use the company’s new MagicMobile feature, you’ll need an iOS or watchOS device that supports the Wallet app, so you can add digital passes.

The MagicMobile experience offers quite a bit, building on the contactless entry premise. Customers will be able to use the official My Disney Experience iOS app to create their own customized digital pass. This means they’ll be able to choose what the card looks like, and not just for themselves, either, but for the whole family. The cards are actually animated, too. And customers can store multiple passes on a single device. 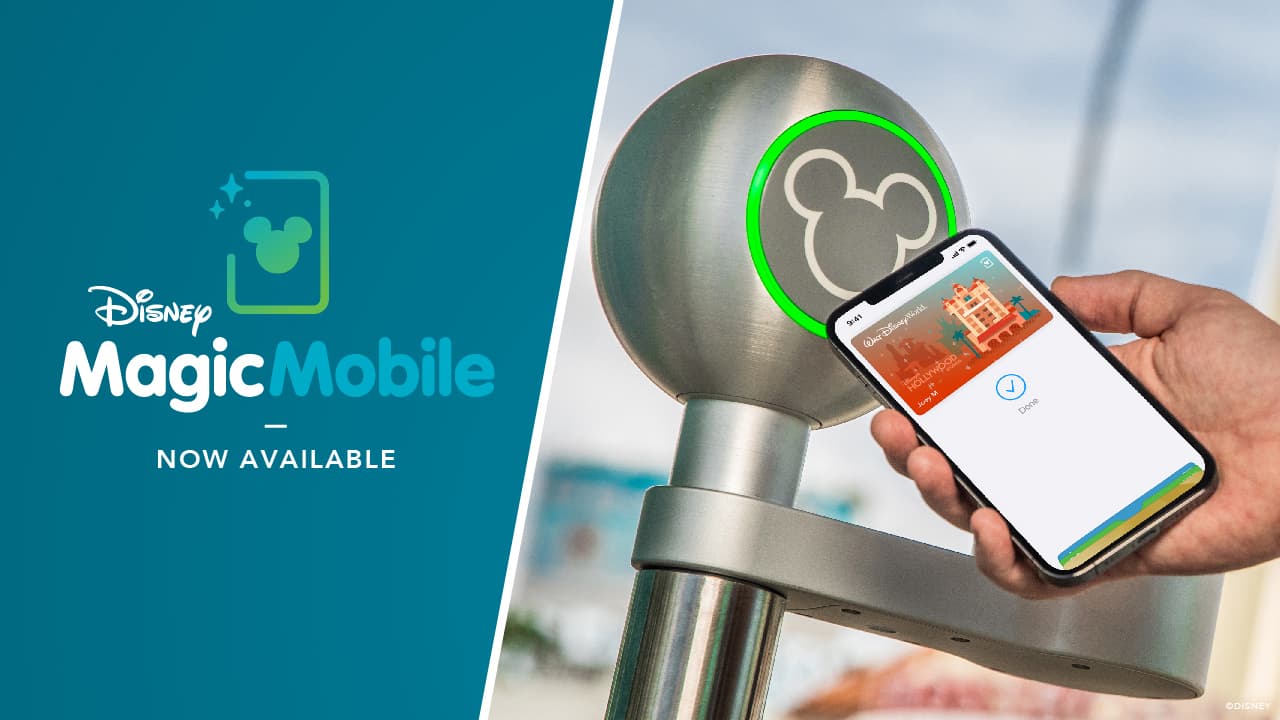 As for the MagicBand (which is part of the MagicMobile experience), that’s a separate accessory. Disney announced this earlier this month as well. The MagicBand is a colorful wrist accessory that allows them to not only enter the park, but also gain access to their hotel room, buy merchandise, and buy food. Disney will have additional colors to choose from for the MagicBand in the future.