If like so many other jailbreakers out there, you depend on the unc0ver tool to keep your iPhone or iPad pwned, then we’ve got some good news for you – especially if you take advantage of AltStore to install unc0ver on your device.

As many AltStore users already know, the app hosts download links to some of Riley Testut’s software, including the Delta emulator app for various Nintendo-centric systems and the Clip clipboard manager. Both can both be installed with the tap of a button directly from the AltStore app as long as you’re connected to the same Wi-Fi network as AltServer on your computer.

iOS developer Julio Verne wanted to make downloading and updating the unc0ver jailbreak just as easy for existing jailbreakers, and so he released a new and free jailbreak tweak dubbed Alt5tore that adds unc0ver to the list of apps that can be downloaded directly from the AltStore app: 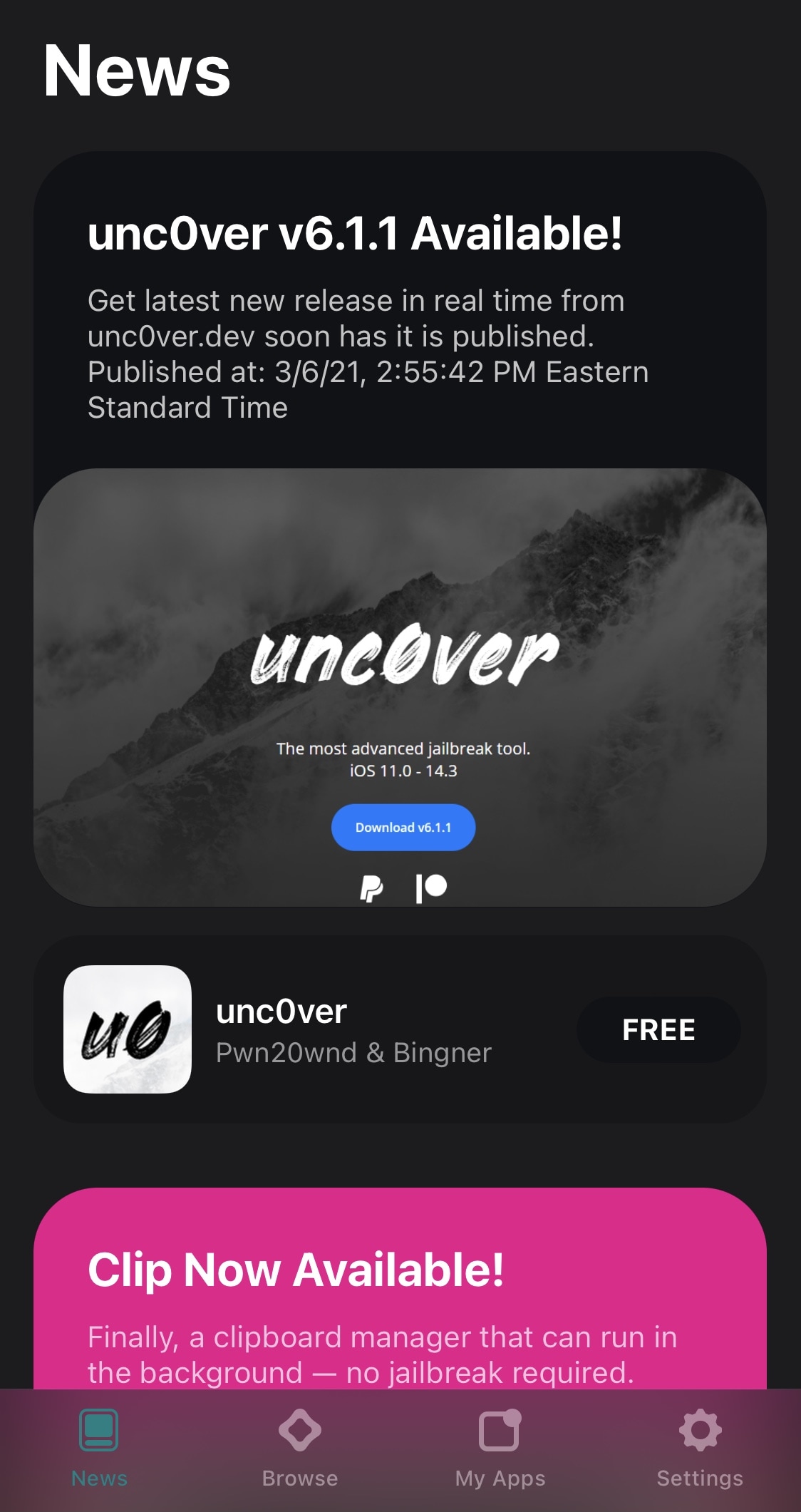 As depicted in the screenshot example above, the Alt5tore tweak adds the unc0ver app as a downloadable app to the News and Browse tabs of the AltStore app along with information about the latest version of unc0ver and when it launched. Upon tapping the “FREE” button beside it, the unc0ver jailbreak app begins downloading from unc0ver.dev and AltStore then proceeds to install it on your Home Screen: 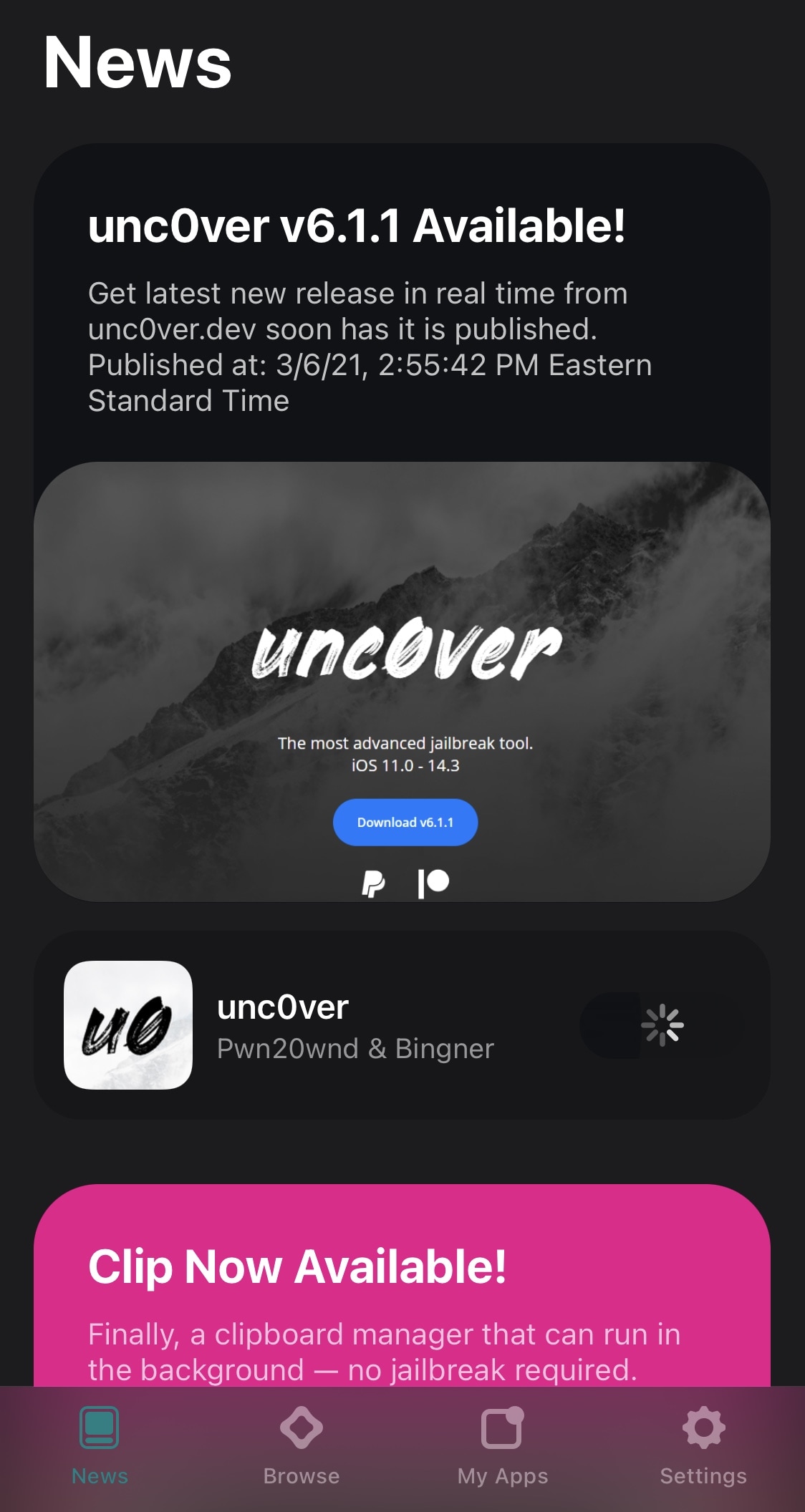 Notice that upon tapping the “FREE” button, unc0ver begins downloading.

With Alt5tore, downloading or updating the unc0ver jailbreak to a later version from the AltStore app becomes just as easy as installing the Delta game emulator app or Clip clipboard manager app. This is a better user experience than having to navigate to unc0ver.dev manually via Safari and having to download the .ipa file to load it into AltStore.

With fewer taps required by the end user to upgrade to a later version of unc0ver whenever an update gets released paired with a more aesthetically pleasing user experience, Alt5tore gets an easy recommendation from us. It’s available for free from Julio Verne’s personal repository via any package manager of your choosing and supports jailbroken iOS 12, 13, and 14 devices with the AltStore app installed on them.

Please note that Alt5tore doesn’t appear to add any links to any other jailbreak besides unc0ver at this time. To install the Odyssey jailbreak more easily on an iOS or iPadOS 13 device, consider taking advantage of the Wander extension for Apple’s Shortcuts app instead.

Do you plan to use Alt5tore to upgrade the unc0ver installation and updating user experience on your pwned handset? Tell us why or why not in the comments section down below.