Intermediate and advanced jailbreakers often do more with their devices than merely download and install jailbreak tweaks — many will SSH into their devices to carry out deeper device customization in the file system itself.

Enter IPCarrier, a newly released and free jailbreak tweak by iOS developer ginsu that replaces your Status Bar’s carrier text with your handset’s local IP address as shown in the screenshot example below: 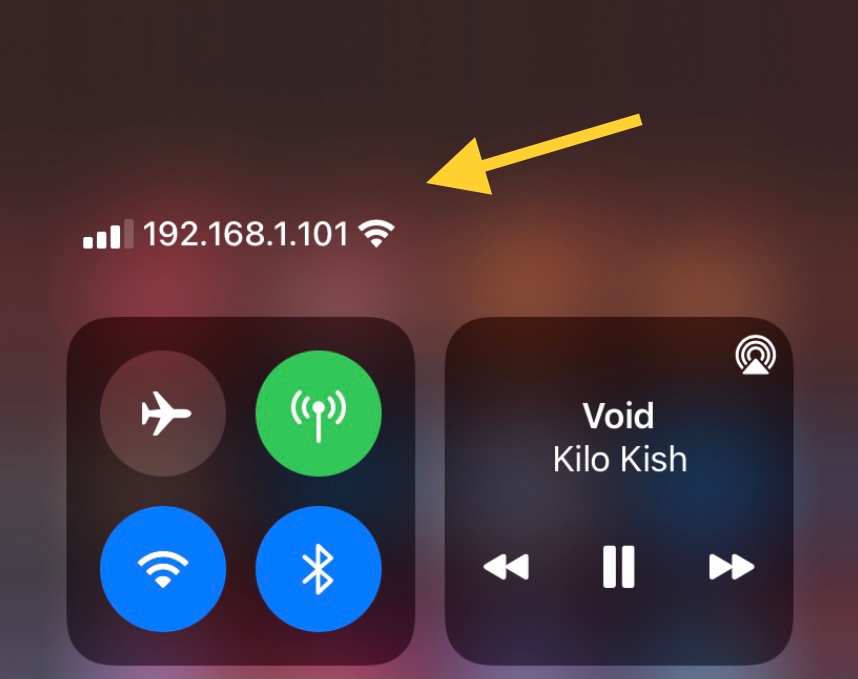 IPCarrier is an incredibly simple tweak with no options to configure that appeases two different audiences: 1) those who actually want faster access to their handset’s local IP address in a pinch; and 2) those who want something cooler to look at in their Status Bar than just a carrier name.

Once installed, the tweak automatically replaces your Status Bar’s carrier text with your local IP address. This is the same IP address that would be used in an SSH connection, and finding it is as easy as swiping down to look at the Control Center page.

Because there are no options to configure, the only way to disable the tweak would be to uninstall it.

If you’re interested in giving IPCarrier a try for yourself, then you can download it for free from ginsu’s personal repository via your favorite package manager app. The tweak supports jailbroken iOS 14 devices.

If you’re not already using ginsu’s repository, then you can add it to your preferred package manager via the following URL:

What is your reason for displaying your handset’s local IP address in the Status Bar? Be sure to let us know in the comments section down below.