It appears that iCloud links meant to share Shortcuts have a limited amount of time before they become invalidated. At least, that’s the latest discovery by folks trying to share some Shortcuts that are a week old or older.

A variety of people out there in the wild have raised concerns over the fact that they are unable to share aging iCloud links meant to be used to share iOS Shortcuts. The problem is seeing a lot of traction on Reddit (via MacRumors), and, at least at the time of publication there does not appear to be a fix for the problem.

That issue is older links being unable to be shared. This is impacting all older iCloud links, based on the complaints being shared on social networks and from the original report. Some folks have said that links for Shortcuts created just a week ago aren’t functioning, as well as older links. 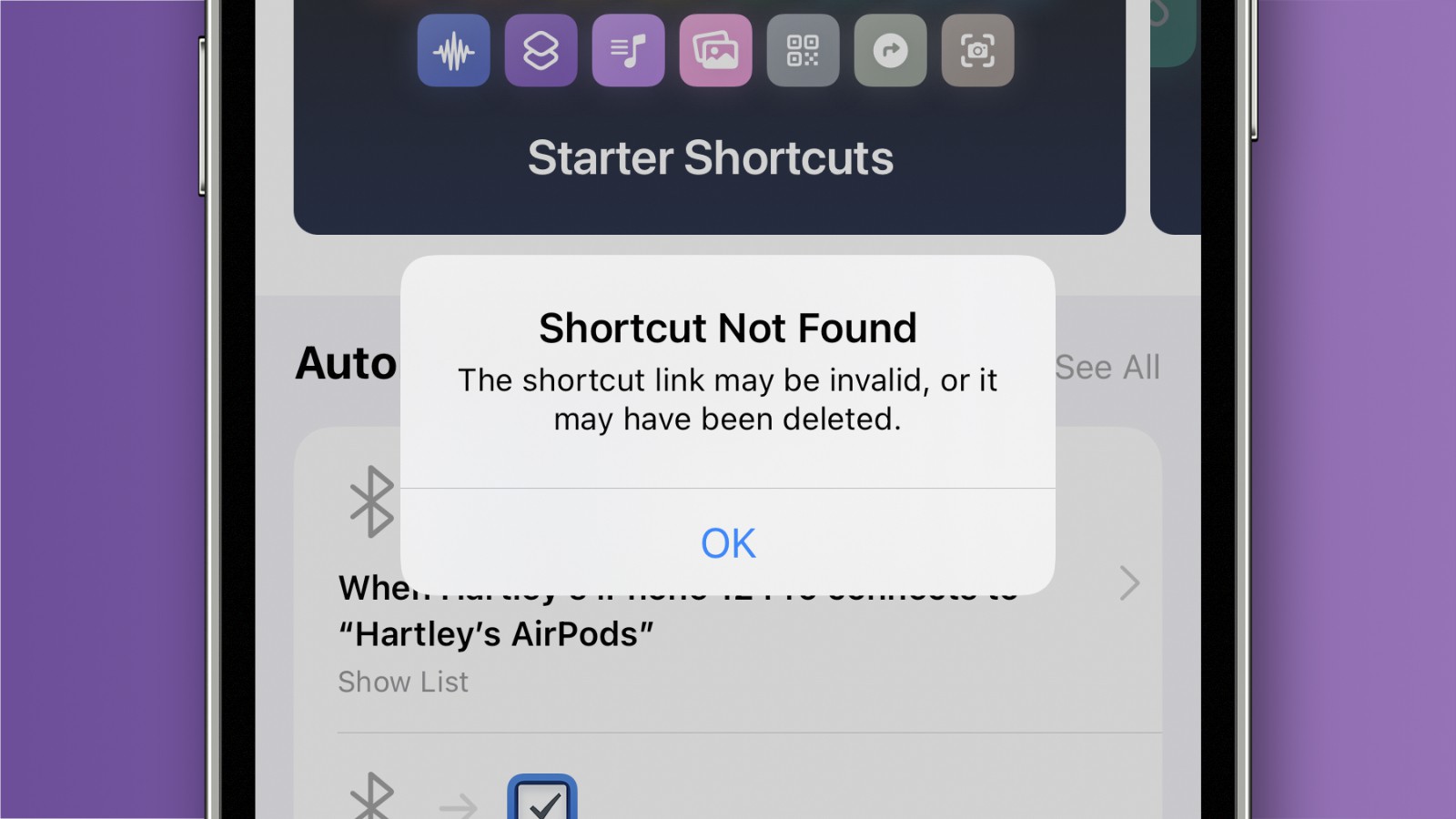 Some users have found that links created within the last week are still functioning just fine, though. And Apple’s own in-app Gallery for Shortcuts, where users can download Shortcuts, is still working.

Trying to add a Shortcut from one of the older iCloud links will bring up a prompt that tells them that the Shortcut is “not found”. The smaller print on the prompt informs the user that the link may be invalid, or that it may have “been deleted”. No other information is shared in the pop-up, and it doesn’t appear that Apple has made it clear why some links are aging out and becoming invalidated.

It seems shortcuts’ links dating as far as last week have all been invalidated. Tested on iOS 14.4, 14.5b4 and 14.5b5. Links created today seem to work, though.@mattcassinelli @mralexhay @viticci, have you noticed that? Do any of you know any faster way to export 160 shortcuts?

It’s possible Apple has input an expiration date for these Shortcut iCloud links. If so, it’s possible the company made a change in this regard, which is why it’s only becoming a problem now. Or, this may be an issue on Apple’s side that the company can fix, making it possible to share these older Shortcuts links again.

As noted in the original report, sources that have relied on older iCloud links to share Shortcuts will see an impact by this predicament. So hopefully a change surfaces sooner rather than later.