Siri has plenty of tricks and features, but there’s still room to grow. And now Oprah is helping the digital assistant with that.

Announced today, as part of a larger announcement regarding Apple and Oprah, Siri will let you know what she’s reading as part of her super popular book club. The really interesting part is the fact that Oprah will actually respond to the request for information, rather than Siri itself. While the announcement today says the feature will rollout tomorrow (March 17), you can actually already use it.

With this new feature, you can summon Siri and ask, “What’s Oprah reading?” Oprah herself will give you a response, with text displayed on the screen — a transcription of what she’s saying aloud. This effort starts with the current book in Oprah’s Book Club, Gilead, written by Marilynne Robinson. 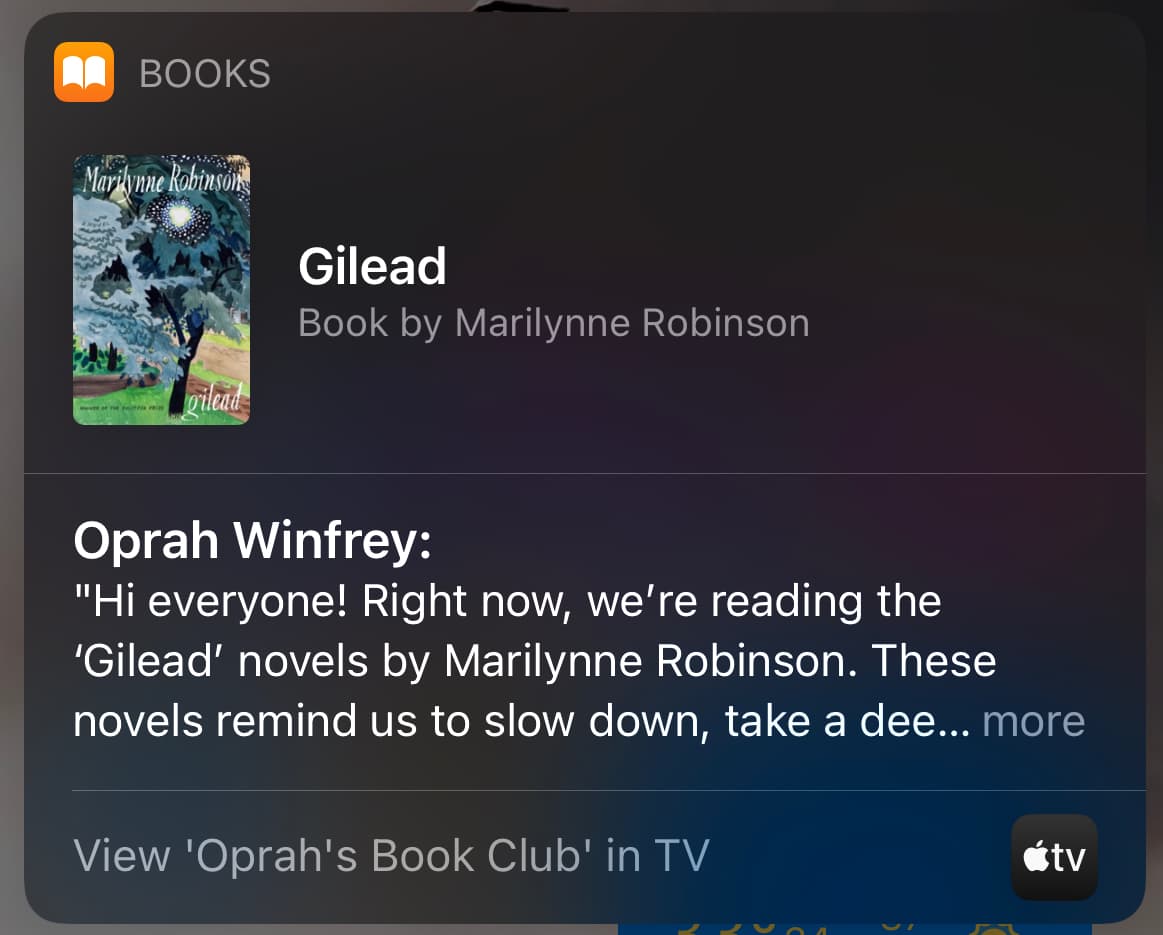 You can see what the Siri prompt looks like just above.

Meanwhile, the broader announcement is that the Gilead novels, of which there are four, will be the next selection for the OBC. These mark the 87th, 88th, 89th, and 90th selections for the book club. Oprah had this to say about Robinson:

Marilynne Robinson is one of our greatest living authors, and in the Gilead novels she’s written a quartet of masterpieces. The more closely I read them, the more I find to appreciate, and the more they show the way in seeing the beauty in the ordinary. I’m thrilled to share them all with you.

This is a neat feature for Siri, and it will be interesting to see how Apple expands it — if it does at all.