As a jailbreak hobbyist, I’m always in the market for quirky jailbreak tweaks that make my iPhone do interesting things. I not only enjoy being taking advantage of these small hacks and add-ons for myself, but I also enjoy showing others what they do and watching the expression of surprise that comes across their face before they eventually ask, “how’d you do that?”

One of such tweaks is a new and free release called The Shy by iOS developer haoict, which simply dims your Home Screen’s app icons after a user-determined amount of inactivity. In other words, when you go idle for a few seconds, you get a cool Home Screen effect to complement your inattentiveness.

An example of this effect is demonstrated in the screenshot example below, in which you can see how the icons look after being dimmed: 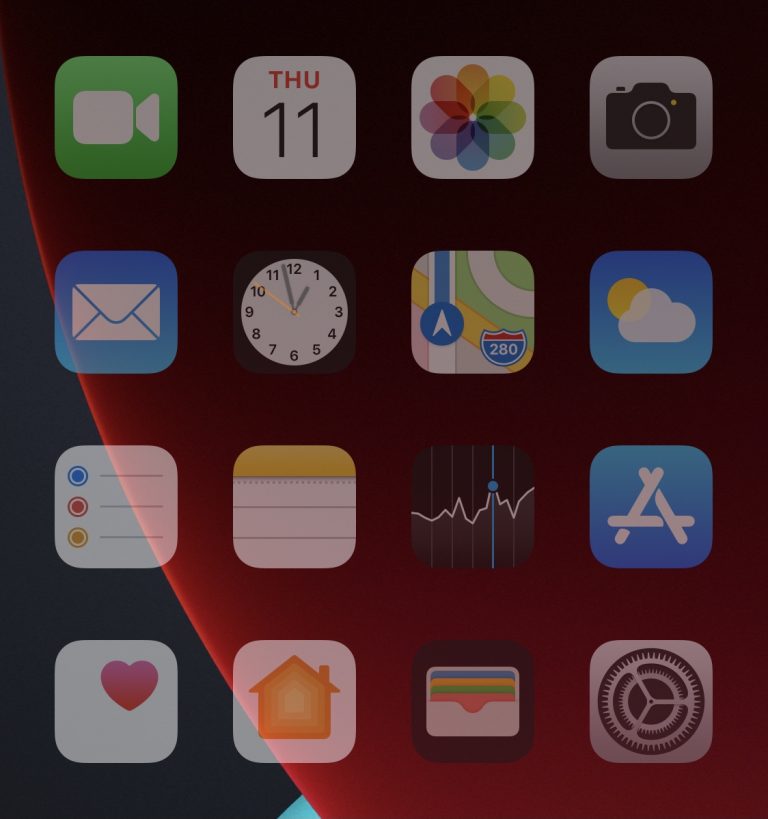 In this state, the wallpaper is more discernible since the icons become semi-transparent. Upon interacting with the display again, such as swiping over to the next page, all the app icons become fully un-dimmed and opaque again.

The concept isn’t new, as it was originally introduced in the form of a tweak dubbed Evanesco in 2016, however The Shy supports iOS & iPadOS 14.

Once installed, The Shy adds a dedicated preference pane to the Settings app where users can configure the tweak to their liking: 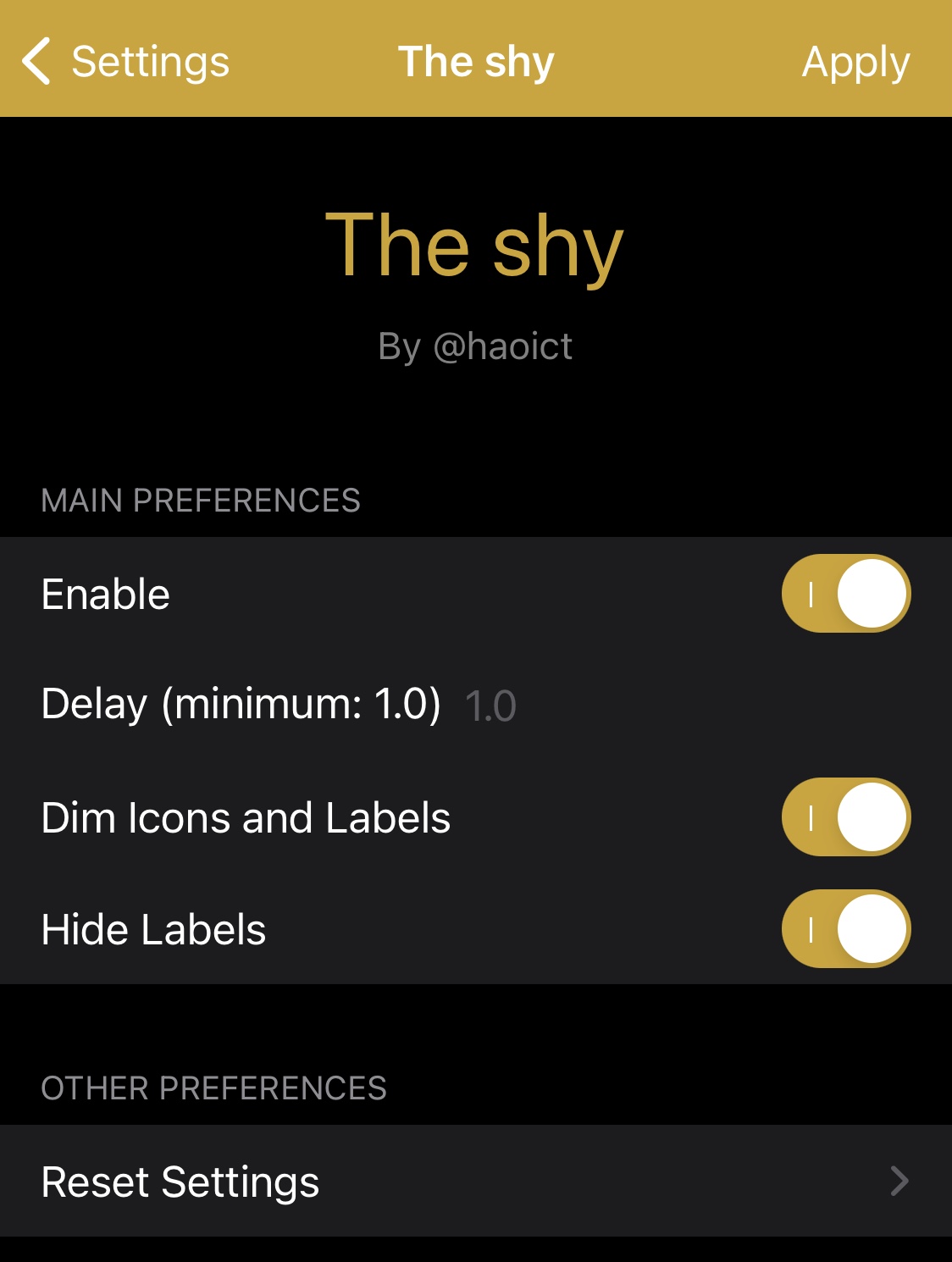 The developer provides an Apply button at the top-right of the preference pane that can be used to save your settings on demand. Once tapped, a confirmation message appears, after which the device resprings.

The Shy is a purely aesthetic tweak, but it’s one that I think would be a particularly good addition to any iPhone or iPad because it adds depth to an inactive user’s experience. Anyone who’s familiar with a desktop computer knows that a screensaver typically begins playing after a certain amount of inactivity, and while this tweak is a far cry from a screensaver, it evokes similar feelings.

Those interested in giving The Shy a try can download the tweak for free from haoict’s personal repository via any package manager of their choosing. The tweak supports jailbroken iOS 14 devices.

If you’re not already using haoict’s personal repository, then you can add it to your package manager of choice with the following URL:

Will you be downloading The Shy on your jailbroken iPhone or iPad? Let us know why or why not in the comments section down below.