Apple Fitness+ launched in late 2020. And now, a few months later, the company is offering a look behind the scenes at the company’s studio.

Men’s Health was offered a look behind the curtain. Apple’s own Director of Fitness for Health Technologies, Jay Blahnik, led a virtual tour of the studio. It turns out that the space is massive, measuring in at 23,000 square feet. In that studio is where Apple hosts the Fitness+ trainers, of which there are many. The studio is located in Santa Monica, California.

The studio’s size is accented by its design, which offers “all-white everything” and plenty of wood accents. There’s a “verdant garden” just beyond the entrance. And that entrance consists of three sliding glass doors. Another interesting detail: each trainer is allowed to choose a new quote that’s presented right outside of the studio, refreshed every month. 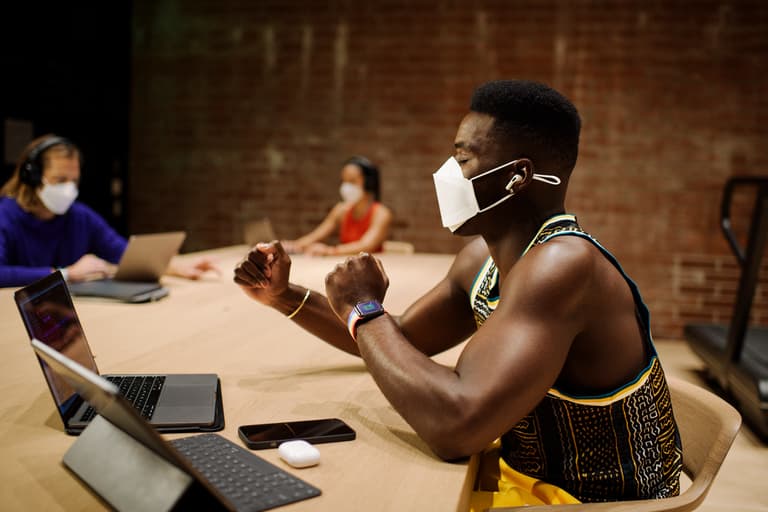 The March quote: “Please be responsible for the energy you bring into this space”, which feels pretty close to the same feel you get when you watch an Apple Fitness+ instructor during a workout or cool down. The energy is an important aspect to the whole deal, not just the exercise.

The whole report offers a nice look at what goes into recording a fitness routine, too. That starts with the cameras. Apple utilizes seven Super 35 cinematic cameras to capture the action, all of which are attached to robotic arms. Those arms help for a smoother transition between shots, and helps the recording team focus on what needs to be shot at any given moment. 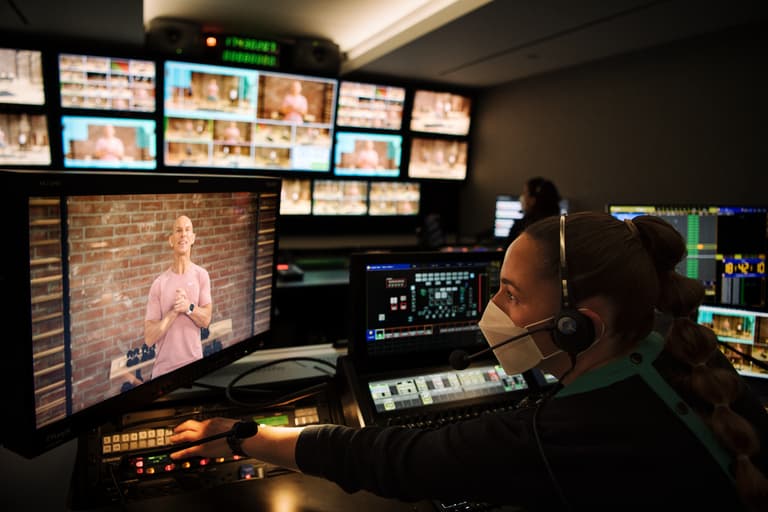 Blahnik explains in the interview that the dynamic experience is vital for Fitness+, because Apple wants that to differentiate it from other options. To that end, being able to pop up a timer on the screen when a trainer reaches a certain part of a workout is key.

Then there is how Apple monitors, analyzes, and presents your personal data. Blahnik says a lot of ideation also went into exploring how to go beyond just showing metrics from the watch (like heart rate and calories burned) on the workout screen (although that’s cool, too). What the team realized is that there are certain points in certain workouts, like a tough interval in a HIIT session, when knowing how many seconds you have left or how high your heart rate is matters more. Apple created software that triggers the animation of those metrics or shows them in greater detail when cued by the trainer. ‘When the trainer says in a HIIT workout, ‘Sprint all-out for 30 seconds,’ being able to see that time is an incredible motivator,’ says Blahnik. ‘It makes for a better, more immersive workout. [Integrated, dynamic smart metrics] take it to another level compared to a typical video workout. We had to think hard about how to curate the experience so you’re not overwhelmed by metrics and animations and that those things are happening exactly when you might expect them to and in ways that are helpful.’

The full rundown and look behind the curtain is absolutely worth a read. So go check out Men’s Health virtual tour of the giant Fitness+ studio. 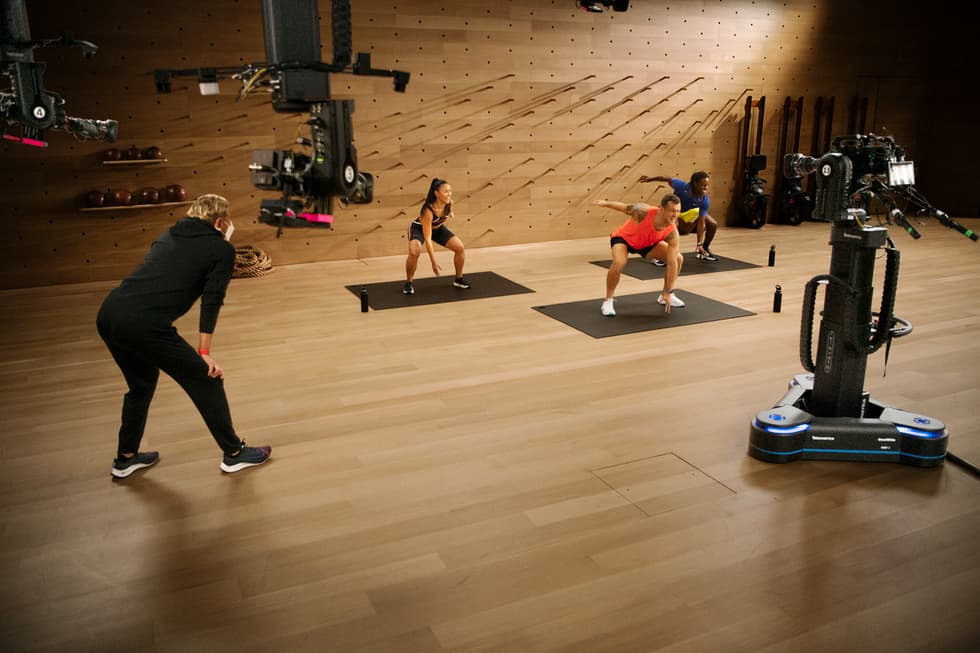 Are you a Fitness+ subscriber? Do you plan on keeping it long-term?