Target, the eighth-largest retailer in the United States, will attempt to increase its revenue derived from selling Apple products by expanding Apple gadget offerings, both in its brick-and-mortar stores and online. This new Apple initiative is part of Target’s existing strategy to house popular brands at its stores in an attempt to attract more customers to its locations. 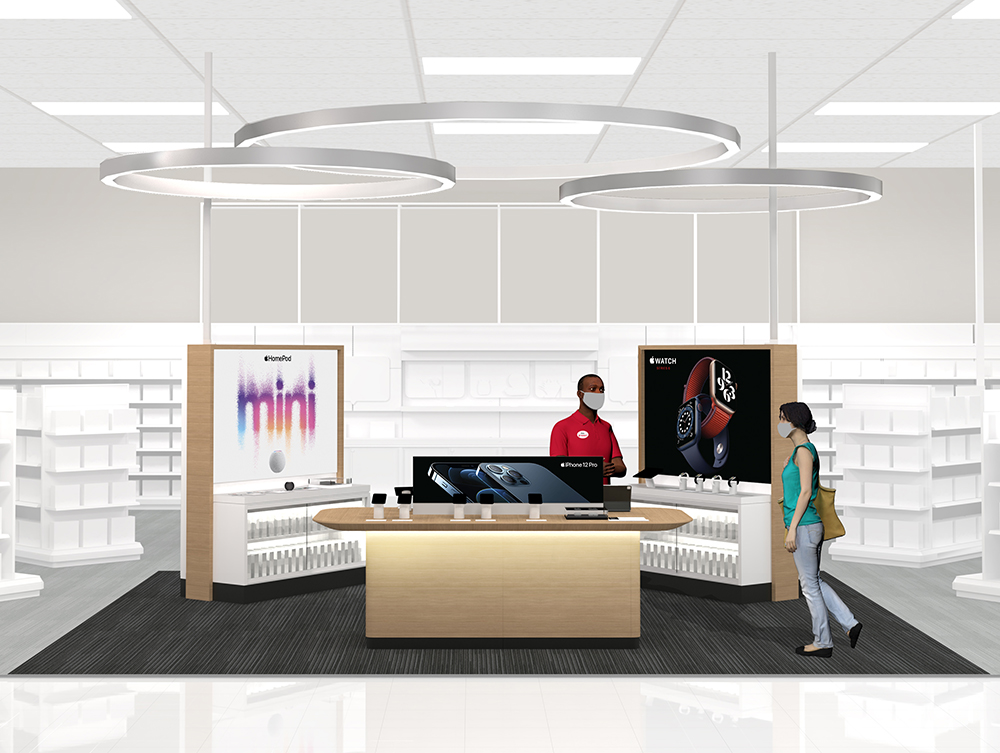 The big-box retailer says in a press release on its website today that the new “Apple shopping destination” experiences are launching in these 17 retail stores across the United States.

Additional locations are rolling out in 2021 and beyond. The company has also shared a concept illustration, shown above, of the overhauled Apple shopping experience.

Other perks for Apple customers

Target and Apple collaborated on the enhanced experience, which extends the assortment of Apple products at Target. The dedicated space features new lighting fixtures and displays for iPhone, iPad, Apple Watch, AirPods, HomePod, Apple TV and other Apple accessories. On Target.com or via the Target app, guests will now find a dedicated Apple experience that features an extended assortment of Apple accessories.

Additional perks include five percent off your Apple purchases when using your Target RedCard, same-day delivery with Shipt and other pickup and delivery options, including Drive Up and Order Pickup “This new model was created with Target’s guests in mind, and we’ll continue to learn and enhance the experience through future rollouts later this year,” said Christina Hennington, executive vice president and chief growth officer at Target.

Aside from doubling Apple’s footprint and expanding Apple offerings, this initiative includes specialized training from Apple for Target team members. The retailer has said that the enhanced Apple shopping experience builds on its success with other strategic partners, such as Disney, Ulta Beauty and Levi Strauss & Co.