It is not a secret that Apple leans into being a secretive company. It tries very hard to keep what it’s working on close to the vest, aiming for a bit of a surprise every year. However, moving into the TV and film market with Apple TV+, the company had to give up some of that control. It’s just the nature of the beast, especially when it comes to future projects and casting news.

So when the directors of the hit animated film Wolfwalkers are asked, “What’s next?”, it’s not so earth shattering to hear them tease just that. And that’s what we got today, thanks to a Deadline interview with Tomm Moore and Ross Stewart. The pair of directors spoke at length about their latest project, the animated film that finalizes their long-running “Irish Folklore Trilogy”.

That trilogy wrapped up with the awards-nominated Wolfwalkers. If you watched that film, or have seen any of the other projects put together by Cartoon Saloon (including Song of the Sea or The Secret of Kells), then you should check out the interview. It’s certainly worth a read. 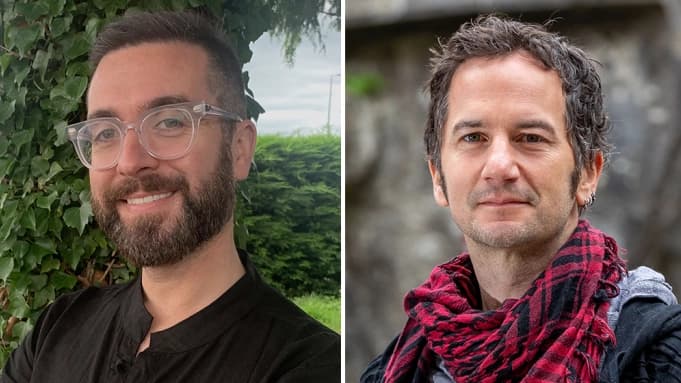 However, if you’re just curious about what’s next, the directors do tease something interesting. Not a lot, mind you, but just enough to whet the appetite, at least. Especially if you’v enjoyed the output from the studio up to this point.

When asked what’s next for the directors and the studio, Moore says that he and Ross will be “taking a sabbatical”. However, they do note that they have a film in the works called My Father’s Dragon, which is being developed completely remotely by the team at Cartoon Saloon. (There’s no specific mention whether or not this will launch on Apple’s video streaming service when it arrives.)

That’s not the tease, though! Moore goes on to say that the studio is also working on a “big series” for Apple TV+. Moore even says that the new show is “not really announced”, but says that it is “epic”. He goes on, promoting the fact that the series will be hand-drawn animation, and that there will be 12 episodes. Those episodes will be a half hour in length — and then the series will end with an hour-long special.

I think Ross and I are taking a sabbatical. It’s hard to speak about new projects that are only embryos at this stage, but the studio is very busy, thankfully. Wolfwalkers was the biggest thing we’ve tried yet, and now, we’re doing something even bigger with My Father’s Dragon. That project is so huge and they’re doing it all remotely, so I’m always impressed when I see what they’re pulling together for that one.

And we have a big series for Apple TV that’s not really announced. But it’s epic because it’s feature-quality, hand-drawn animation across 12 half-hours, and then a big, hour-long special at the end, which is going to take a lot of work.

That’s quite the tease, to say the least. As mentioned above, there aren’t a lot of details, but hopefully that will be changing soon.

Did you check out Wolfwalkers? If so, what did you think of the animated film?