Luck has been in the works for a while, with Skydance Animation leading the charge. And now we know the film is making its way to Apple TV+ at some point in the future. Today we learn that at least one legendary actor is joining the cast.

Deadline has the report on Thursday. It says that Jane Fonda (Klute) will be playing the dragon in the upcoming animated film. The two-time Oscar winner will be taking up the lead role in the upcoming movie, but we don’t quite yet know who will be joining her in the film just yet.

The description of the character, of the dragon, is certainly interesting. It includes the fact that the dragon is a CEO of a company called Good Luck. The character is also described as the “undisputed luckiest ancient being in all the land”. 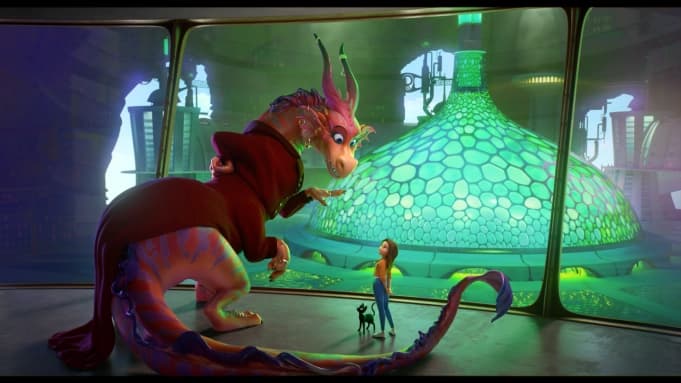 The character is billed as being elegant, stylish and as persuasive as she is powerful. The only thing better than good luck is more good luck, so when bad luck starts to spin out of control, she must face her fears or risk losing good luck forever.

Luck is directed by Peggy Holmes (Mickey’s Twice Upon a Christmas). Along with the dragon, played by Fonda, the tale will focus on a young girl, described as the “unluckiest girl in the world”. She stumbles upon this new world, which includes both good and bad luck, and will join forces with magical creatures to discover a “force more powerful than even luck itself”.

This one sounds like it’s going to be quite the event. Hopefully it turns out to be a winner for both Apple TV+ and Skydance.

In related news, Luck is just one of the many upcoming films coming to Apple TV+ thanks to a newly-established partnership between Apple and Skydance Animation. The other film to kick things off is called Spellbound, but, like this one, we don’t know when that movie will actually release.

Based on the description of Luck, and the addition of Jane Fonda, do you think you’ll be checking this one out when it lands on the streaming service?