Everyone sorts the app icons on their Home Screens differently, and things will only get crazier now that iOS 14 has introduced the brand new App Library.

But one thing that hasn’t changed is that most people appreciate some sort of rhyme or reason to their app icon sorting, whether it’s by type of app, favorite apps, alphabetical order, or something else.

If you find that your Home Screen is more discombobulated than you’d like, then you may want to try a newly released and free jailbreak tweak called SortingSwipe by iOS developer Lightmann. 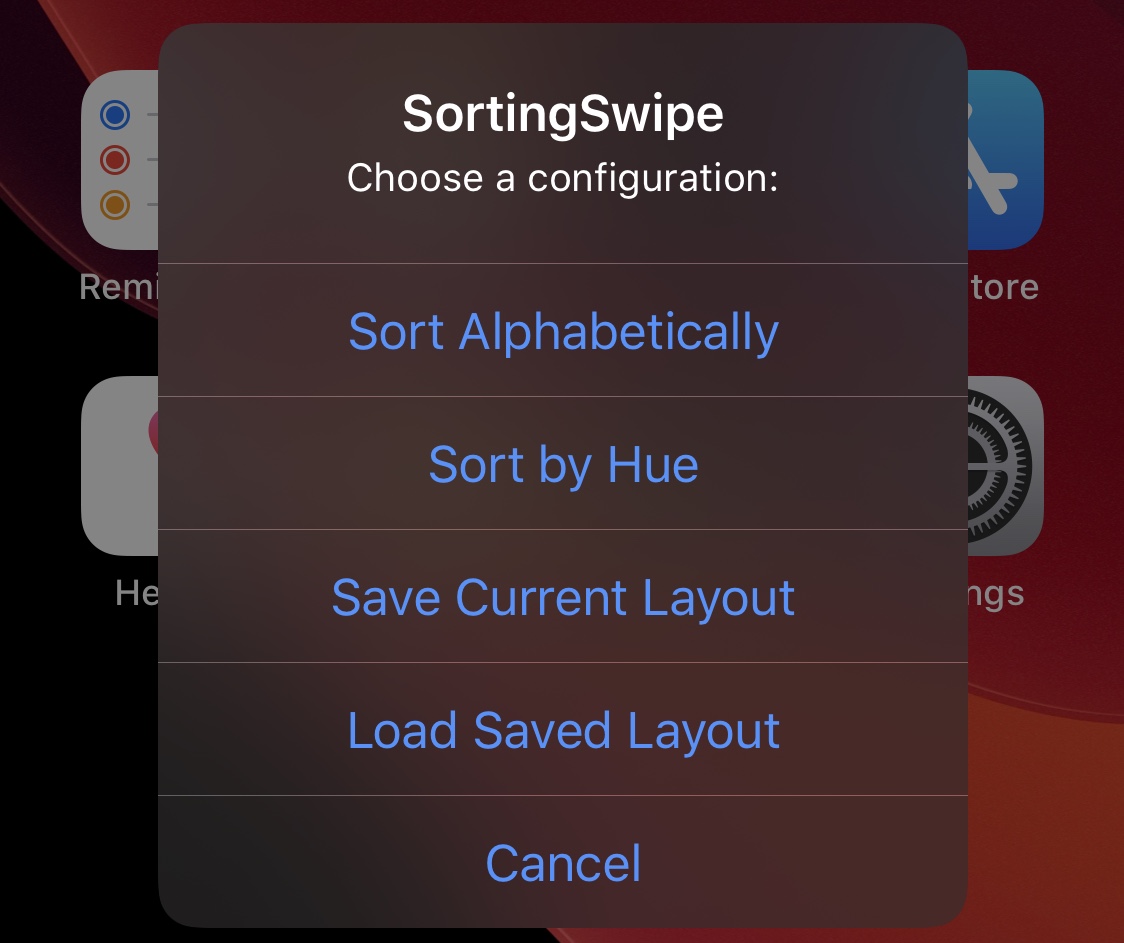 In a nutshell, SortingSwipe lets users instantly sort all Home Screen app icons with the tap of a button. Swiping up on the Home Screen summons a sort options pop-up, which can sort app icons by alphabetical order or by an app’s icon color. 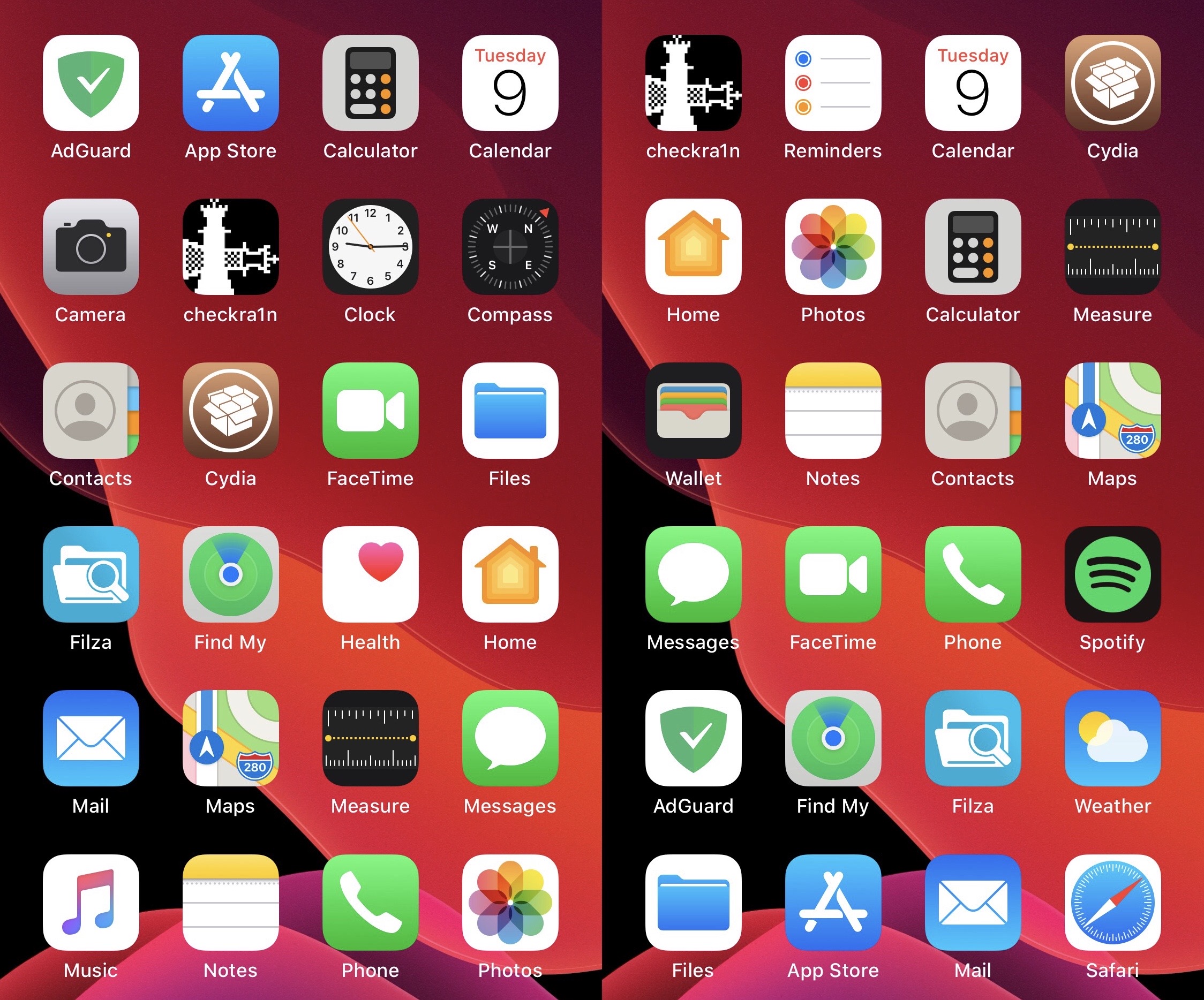 You’ll also notice that the tweak lets you save and load layouts, which is particularly useful if you’ve added customizations to your newly-sorted Home Screen and wish to be able to return to it in the future after further modifying your Home Screen layout beyond recognition.

One thing worth noting is that SortingSwipe won’t remember your sort options after a respring unless you move an icon after applying the sort. It’s a small caveat, but easy to circumvent if you don’t forget to.

While I don’t personally sort my Home Screen’s app icons by name or color, those who do should find that SortingSwipe makes quick work of doing so and saves a lot of time and effort.

Those interested in trying the tweak out can download it from Lightmann’s personal repository. The tweak supports jailbroken iOS 11, 12, 13, and 14 devices and is open source on the developer’s GitHub page for those interested in learning more about how it works under the hood.

Those who aren’t already using Lightmann’s repository can add it to their package manager of choice with the following URL:

Do you plan to sort your Home Screen’s app icons with SortingSwipe? Share why or why not in the comments section down below.