One of the more popular jailbreak tweak categories we’ve witnessed over the past couple of years would be those that create clipboard managers for the iPhone and iPad platforms. As it would seem, Apple’s simple cut/copy and paste solution isn’t suitable enough for serious multitaskers who cut or copy several things at a time before pasting them into another interface.

Of all the recent clipboard manager tweak releases that I remember, Copypasta by iOS developer Nepeta left an impression on me because of its ease of usability, aesthetically pleasing interface, and lack of a price tag. The tweak was originally designed for jailbroken iOS 11 and 12 devices, but it never received an update for iOS 13; that is, until now.

All thanks to iOS developer Litten, Copypasta has been rebranded with an entirely new look and feel, albeit with a similar execution. 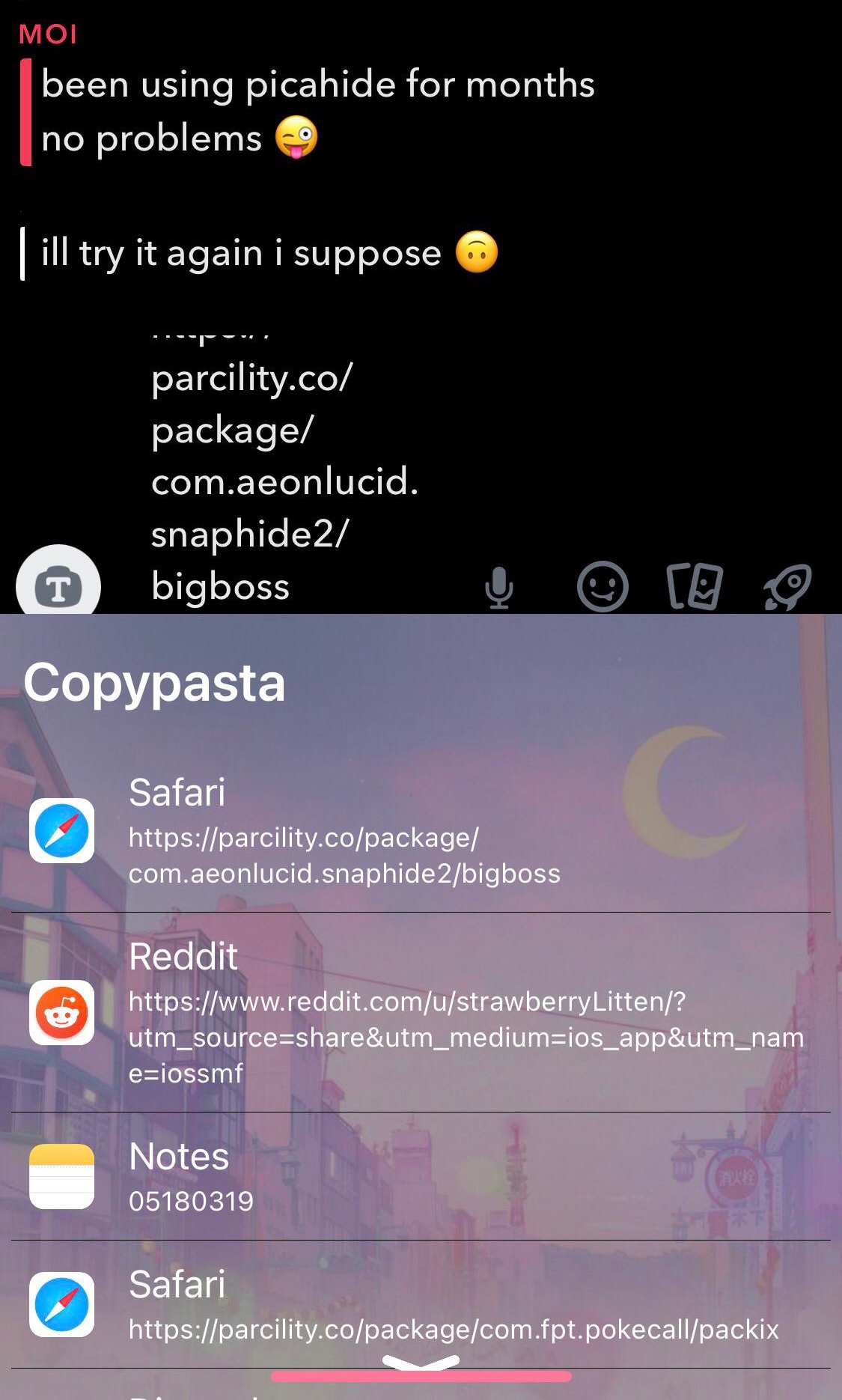 As you can see from the screenshot example above, Copypasta provides a running history of the things you’ve cut or copied from the many apps across your device. With it, you can more easily paste a series of different items into a text field or message box without needing to switch between apps over and over again to do so.

One thing worth noting right off the bat is that Copypasta can now be configured to support a background image instead of merely a light or dark UI. That, along with a lot more, can be configured from the tweak’s preference pane, which you will find in the Settings app post-installation:

It’s important that you respring your device when you make changes to the preference pane, as this ensures that the changes you make get saved. It’s worth noting that your device will respring automatically whenever you toggle Copypasta on or off.

For those interested in giving Copypasta a try, it’s available for free from Litten’s repository via any package manager that you might be using. The tweak supports jailbroken iOS 13 and 14 devices and is open source on Litten’s GitHub page.

If you aren’t already using Litten’s repository, then you may add it to your package manager of choice with the following URL:

Do you plan to give Copypasta a try? Let us know and tell us what you do or don’t like about it in the comments section below.