While many of us are gathering with small circles of close friends and family to usher in the incoming 2021 year this New Year’s Eve, the checkra1n team appears to have different plans.

Earlier this evening, the checkra1n team took to Twitter to announce that the checkra1n jailbreak tool has been updated to version 0.12.2 with a small number of changes, although notable ones nevertheless.

From what we’ve been able to amass, the updated checkra1n v0.12.2 fixes a crash that could happen when trying to jailbreak A10 or A10X-equipped devices running iOS & iPadOS 14.3 or later with the tool. It also enables the USB function on Apple TV 4K units during normal system operation: 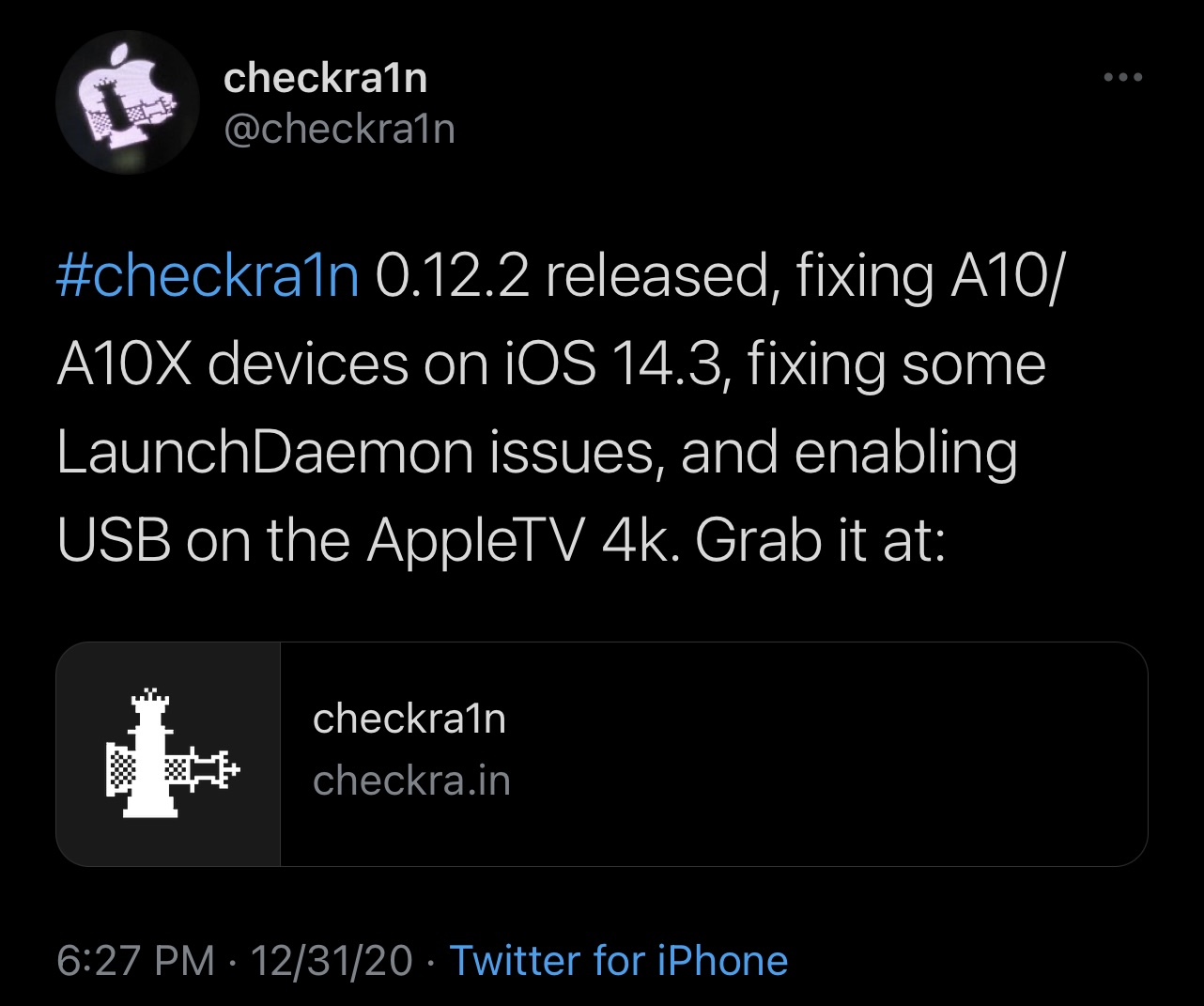 – Fixes A10 and A10X devices crashing when trying to jailbreak on iOS & iPadOS 14.3 or higher
– Fixes an issue where some LaunchDaemons were loaded on platforms where they should not have been

If you aren’t sure whether your handset has an A10 or A10X chip inside, then we’d advise referring to the device list below:

In a follow-up Tweet, the checkra1n team noted that they planned to open-source the checkra1n jailbreak in 2020, but unfortunately, the tool isn’t yet out of beta and thusly isn’t quite ready for such a milestone. The Tweet suggests that checkra1n could still become open source at some point in the future — just not before 2020 comes to an end. Instead, the team’s work on PongoOS has been open-sourced instead: 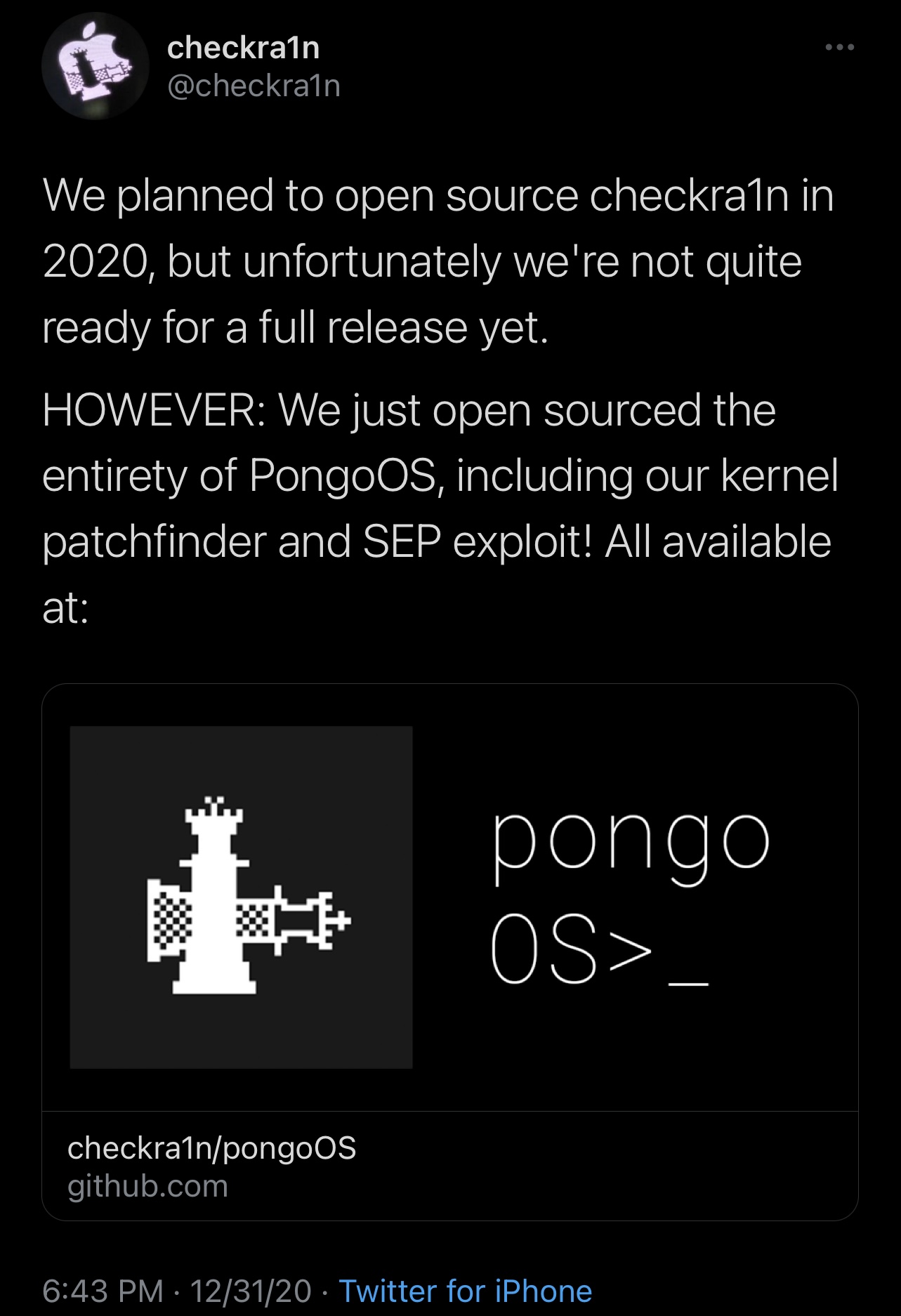 As always, the update is recommended for all checkra1n users, as it incorporates an important bug fixes that affect all users. Whether you’re already using checkra1n or you plan to use it for the first time to jailbreak a compatible A7-A11 handset, you can download the latest version of the tool from the official checkra.in website. You can also follow our step-by-step tutorial with regard to checkra1n if you’ve never used it before.

Have you downloaded and used the latest version of the checkra1n jailbreak yet? Let us know down in the comments section below.