Apple’s market-leading music player and streaming service bundled into a nice little package is one of the key reasons why someone might pick an iPhone over a competing smartphone, and while Apple has made accessing music controls much easier over the years with the introduction of Control Center, some find that the music player may still be more than a comfortable number of taps away.

That’s where a newly released jailbreak tweak called MusicBox by iOS developer Greg0109 comes into play. This tweak brings a floating music player to the iOS platform, allowing the user to interact with and control their Now Playing track from anywhere in the operating system without so much as needing to open a single interface to do so.

MusicBox doesn’t come with any options to configure, and so it’s intended to be simple to use right out of the box. Upon playing a track from your favorite music player, be it Apple Music, Spotify Music, or another type of music-oriented app, the tweak automatically displays the mini player over whatever interface you’re in, whether that’s the Home Screen or the interface of another app unrelated to the one that’s currently playing the music. 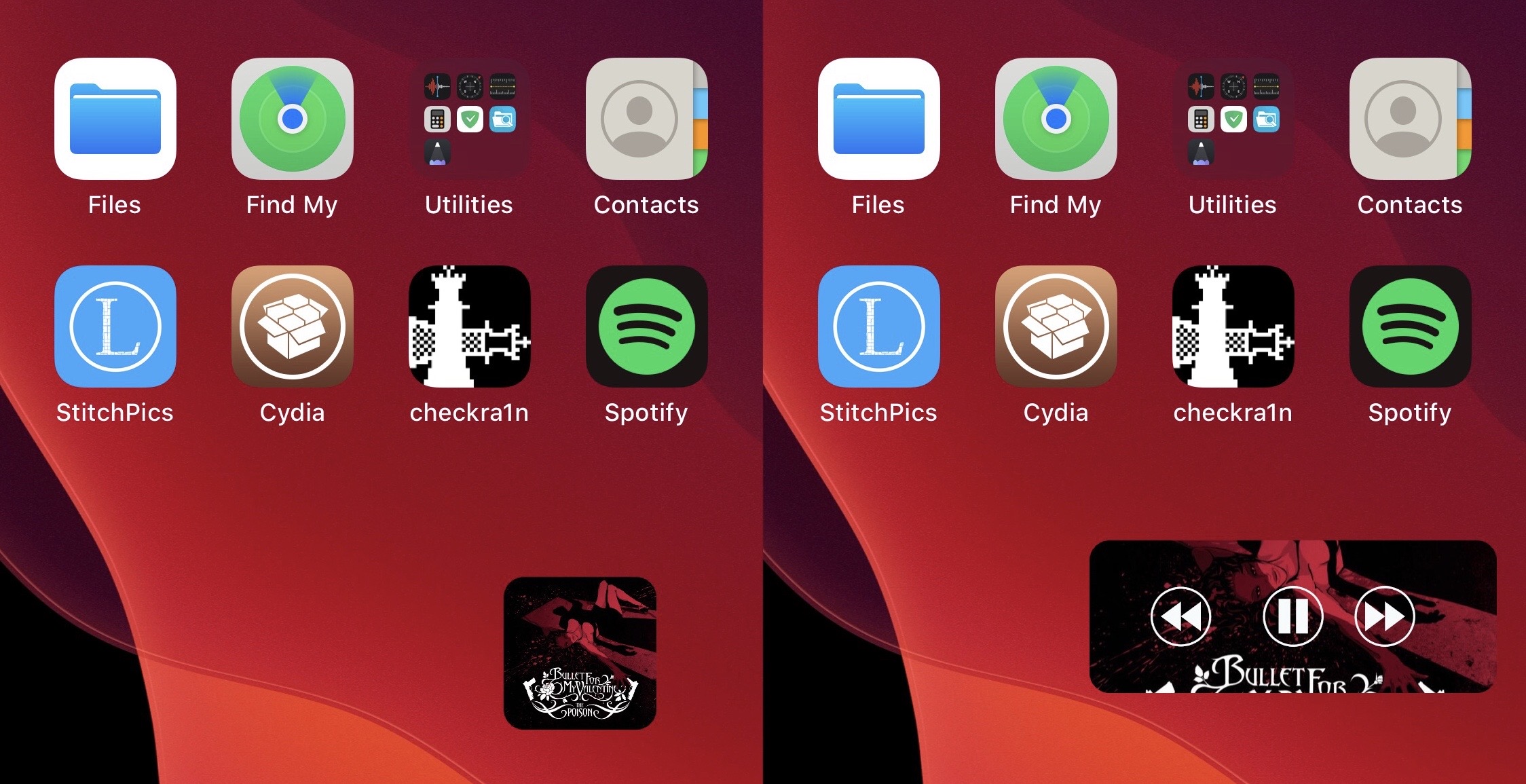 At first glance, MusicBox appears to couple simplistic aesthetic with function. It supports two modes, including: 1) an expanded mode with an album artwork background and controls to rewind, fast-forward, play, or pause the track; and 2) a collapsed mode that takes up the same amount of space on your screen as an app icon would with nothing more than the album artwork of your Now Playing track. Users may swap between the two modes on demand with just a tap.

As for our criticisms, MusicBox is an acquired taste. If you enjoyed the Facebook Chat Heads experience when those were a thing, then you might like the concept of a floating mini player on your screen. Others may dislike the concept of something that feels like it’s always in the way, and unfortunately, switching to the collapsed mode is the only way to reclaim valuable pixels when the mini player appears.

Those interested in giving MusicBox a try may purchase the tweak for $0.99 from the Twickd repository via their favorite package manager. The tweak supports jailbroken iOS 13 and 14 devices.

Do you like the concept of a floating music player hanging out on your screen when you listen to music, or are you fine with using Control Center or another music control method on demand? Let us know your position in the comments section down below.