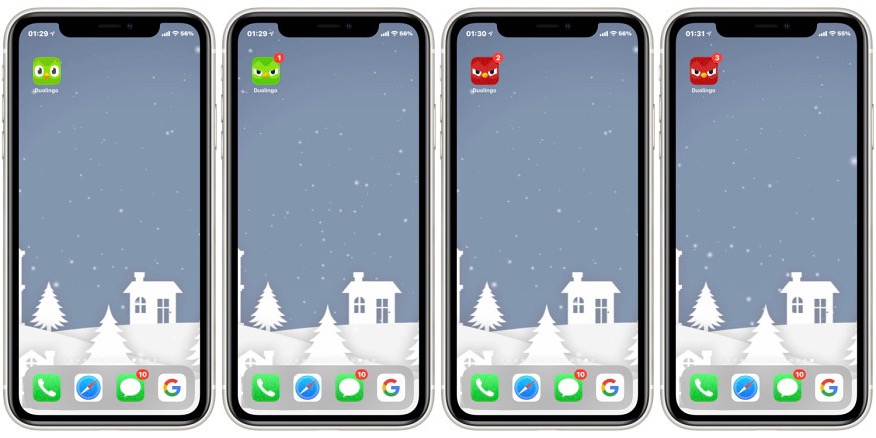 Duolingo is perhaps one of the most popular apps for learning a new language available on the iOS and iPadOS  platforms, and despite this fact, the app appears to lack the types of fun and quirky Easter eggs that you might come to expect from an app of this caliber.

In the mildly agitated state, the icon still remains green, but the face acquires a snarling scowl. In the furious state, the icon changes red in color, while still maintaining the angry scowl.

AngryDuolingo doesn’t have any options to configure, and was developed in response to a Reddit request. Those interested in giving AngryDuolingo a try may download it for free from the Twickd repository via their preferred package manager. The tweak supports jailbroken iOS 13 and 14 devices with the Duolingo app installed on them.

Will you be installing AngryDuolingo on your device, or do you not use Duolingo? Let us know down in the comments section below.