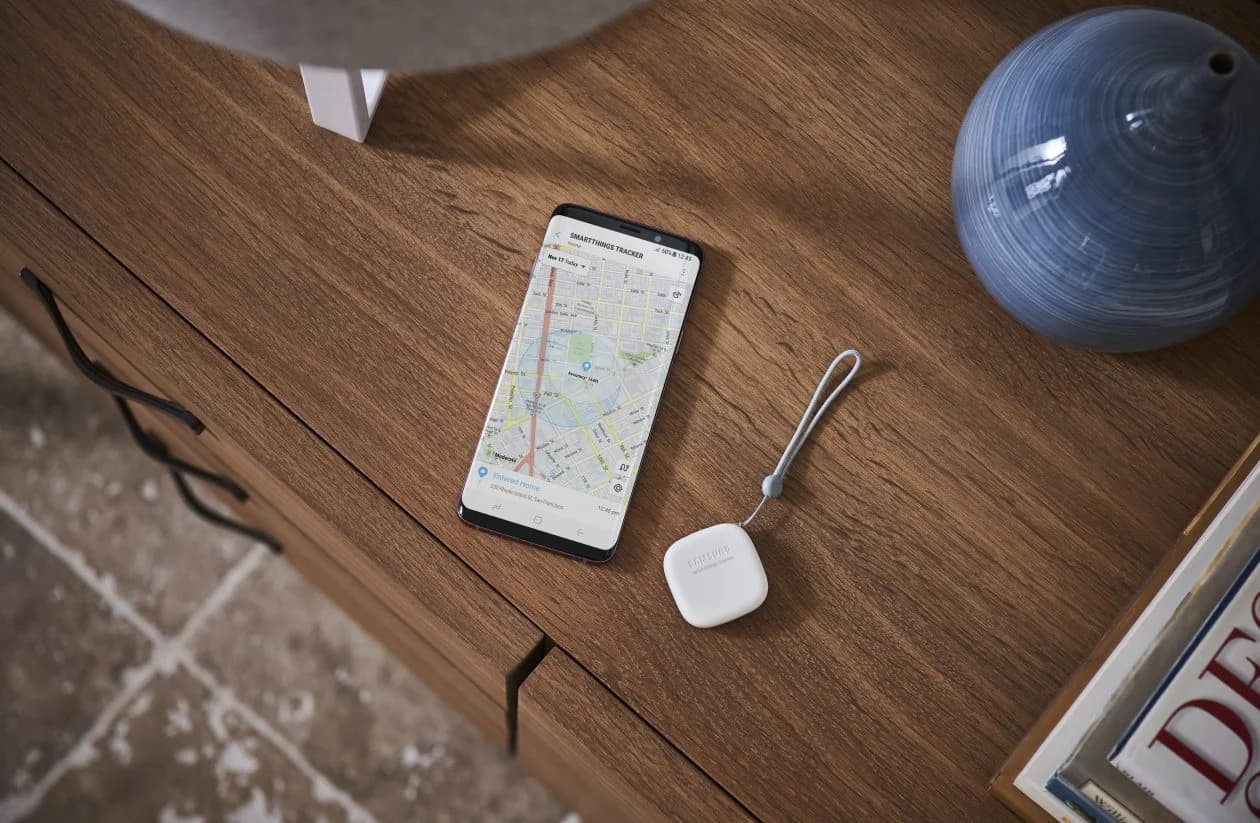 It has been rumored for quite some time that Apple is going to launch a Tile-like tracking device, probably called AirTags. However, the company hasn’t gotten around to actually announcing anything quite yet. Which may give Samsung some room to beat them to the punch.

According to SamMobile, Samsung is currently hard at work on its own tracking device accessory. This new device would be called a “Galaxy Smart Tag”, and, just like the oft-rumored AirTags and the real world Tile, they would allow for people to attach the small device to another (like your keys, or in a bag, or your phone) and track that device wirelessly.

The publication discovered a new device name, the aforementioned Galaxy Smart Tag, along with a previously unknown model number of EI-T5300 within Indonesian Telecom Certification filings. The name of the product suggests this is a tracking device of some kind, and it will utilize Samsung’s own SmartThings Find feature.

(Samsung upgraded its SmartThings Find feature earlier this year, alongside the launch of the Galaxy Note 20. At the time, Samsung said its tracking feature is much more accurate now.)

This is not the first time Samsung has tried something like this, either. It launched a tracking device that used LTE for wirelessly keeping tabs on devices. However, Samsung hasn’t updated that product since its launch. It’s expected this new Galaxy Smart Tag would be something different, a more improved idea of what came before.

Meanwhile, as for AirTags, we’re still waiting. The rumor mill has painted quite the picture over the last several months, with speculation that Apple would unveil them before the end of 2020. However, that didn’t turn out to be the case, and Apple hasn’t officially announced anything related to AirTags quite yet. Whenever Apple does get around to announcing AirTags, they will be a small, round device that utilizes Apple’s newly improved Find My app and service.

As far as a potential release date, the latest rumor suggested we may be waiting until March of next year.